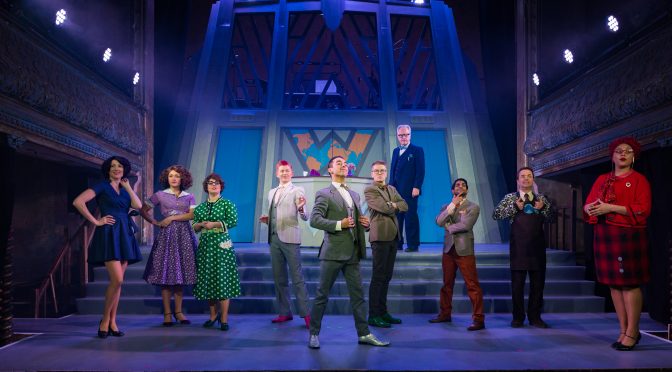 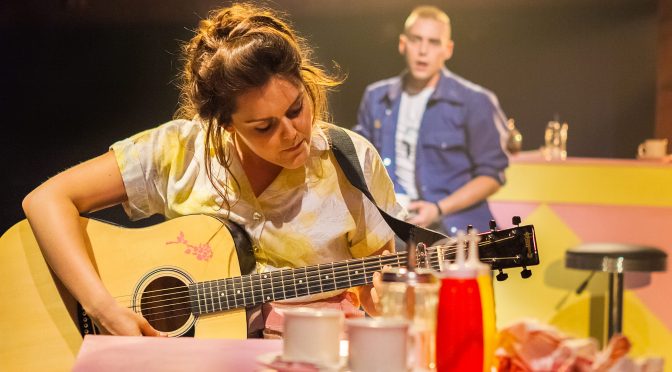 Southwark Playhouse staged the European premiere of Dogfight this week. The musical was a hit off Broadway just a couple of years ago, garnering awards and acclaim. Smoothly directed by Matt Ryan, this exciting work is a must for fans of shows, yet also has huge mainstream potential. Do go and see it.

The scene is San Francisco, the night before a group of marines embark for Vietnam. It’s the Corps tradition to host a revolting bet – to see who can bring the ugliest girl to a party. Thankfully, Peter Duchan’s book, tightly constructed throughout, uses this unedifying competition to provide a strong female lead and a fresh-feeling love affair.

It’s easy to see why composers and lyricists Benj Pasek and Justin Paul are hot property. The music and words are assured, the influences are sound (several numbers are sure to please Sondheim devotees) yet the score is complex enough to avoid pastiche. Dogfight isn’t perfect. The songs for the marines are much weaker than those for our heroine, Rose. And scenes of war feel too briefly dealt with, despite an impassioned performance here from the male lead Jamie Muscato.

There are problems with the production as well. Not all the singing is as clear as you could wish for, Lucie Pankhurst’s choreography seems a little ambitious for the cast and, despite Ryan’s experience, the production seems too small for the show. I suspect this goes back to the material; regular fringe goers know the biggest shows can be happy in small venues, but here the military machismo needs a larger cast and bigger sound to convince.

So with all these reservations, why the strong recommendation? Quite simply Laura Jane Matthewson, who grabs the role of Rose, a great part with strong songs, with both hands. Newcomer Matthewson is a wonderful actress, who makes you believe her character’s innocence, convinces in her defiance and is adorably sweet in the central romantic scene. Most importantly, she sounds great, with a confidently understated style that produces a powerful authenticity. Both the piece and the production may have some faults, but Matthewson’s  performance will make you forget them.

Written 14 August 2014 for The London Magazine