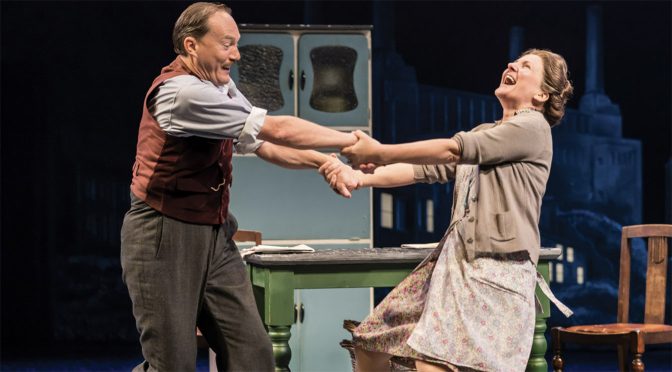 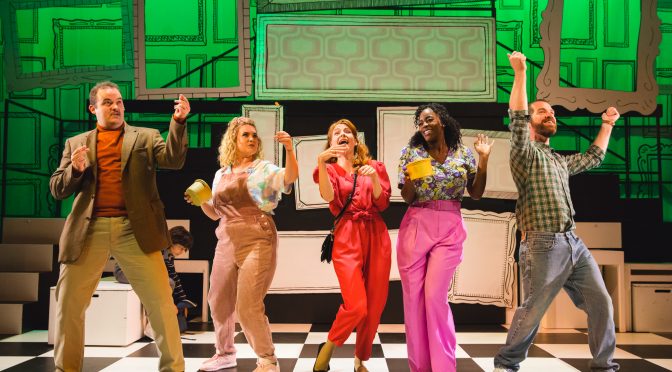 William Finn’s 1992 musical has two Tony Awards to its credit and for its long delayed British premiere a strong cast. To add to the excitement, the book is from none other than James Lapine. But Finn’s music and lyrics make this story of a modern Jewish family ramble. Even sterling performances from Laura Pitt-Pulford and Daniel Boys, as divorcees Trina and Marvin, cannot save what descends into a frantic scramble for “tears and schmaltz”.

Director Tara Overfield-Wilkinson deploys a sensible strategy in trying to keep the show simple. And Finn’s off-beat wit, focusing on neurosis, is given its due. But Falsettos’ off-Broadway history, a merger of two single act shows that form a trilogy, makes the show unwieldy. Finn gets bogged down in the minutiae of how Marvin left his wife for a no-good-guy, who turns out OK, while Trina starts an affair with the family shrink, and their son Jason acts with more maturity than all of them. Oh, we’ll get detail…but not depth.

The opening number sets the tone. ‘Four Jews In A Room Bitching’ is sharp and quirky but predictable and lacking charm. Ultimately, none of the characters rise above caricature. Pitt-Pulford gets the chance to shine with a number about a mental breakdown. And Marvin’s affair with the promiscuous Whizzer (what kind of name is that?) is filled with passion by Boys. But like their new partners – successfully performed with strong vocals from Joel Montague and Oliver Savile – the characters are too thinly written to care about.

Things don’t get better. The second act focuses on the characters ageing and on mortality – a message hammered home. The combination of Jason’s bar mitzvah and Whizzer contracting AIDS is painfully forced. Shockingly, despite Boys’ forceful singing, the finale arrives too quickly and is dealt with too briefly to carry much emotional impact.

All the way through, too many questions arise. Why should Trina and Marvin care so much about each other’s new sex lives? What’s the real motivation for either starting a new affair? The close family that Marvin still wants – the depiction of which guarantees the show has a place in the history of LGBT theatre – isn’t really shown to us. And why are the lesbian neighbours – a shameful waste of the talents of Gemma Knight-Jones and Natasha J Barnes  – only introduced in the second act! Even the title theme, introduced in a dream, is a puzzle; too much in Falsettos is ill conceived and under explained.

You can forgive a musical many failings if the score is up to scratch. It’s clear why Finn’s compositions have admirers – he can write a tune and some of the harmonising is beautiful. But the musical references are obvious and the variety in the structure of each number repetitive:  a staccato opening includes a gag, there’s a pause for the thought then a manic finale. Worse still, Finn’s lyrics come close to sounding lazy. The dazzling delivery here can’t hide how much repetition is used (although credit for getting canasta in a song). The words, like the characters’ confused motivation, sometimes don’t even make sense. Despite fine performances, the truth is that Falsettos ends up a disappointing mess.

Photos by The Standout Company 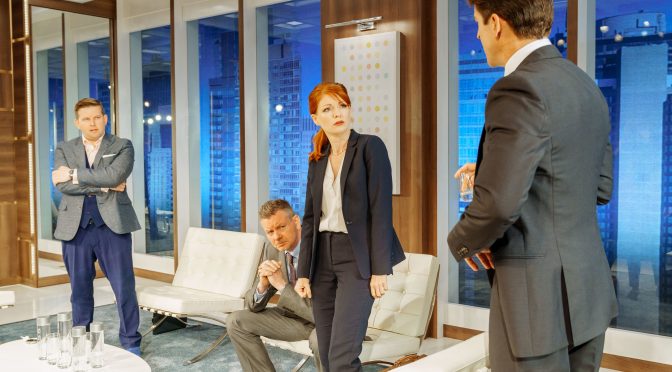 It’s a good idea to splash out on this venue’s excellent meal deal for this one. While this blog doesn’t recommend food and drink, this play, from Jordi Galceran, is perfect after-dinner theatre. With some wine helping you to swallow the improbable antics that four candidates for a job are put through, and a digestif over shared stories afterwards, an evening should go well enough. If a little smugly.

It’s no surprise that the play has been a global success (since its Spanish premiere in 2003 there have been productions in 60 countries). The job interview is a nice enough universal scenario, even if are watching executives here. Does Galceran tap into truths about the modern work place? Inevitably, if exaggerated for comedy, but not profoundly. The production itself goes down smoothly, with efficient direction from BT NcNicholl and a suitably sleek office design from Tim Hatley. There is humour in the bizarre interview situation, the cruel and pointless challenges posed, and lots of surprising twists that are set up well.

The characters themselves are simply devices to play with. It’s a bit of a shock to see one transgendered character bullied, partly because even bigoted interviewees would surely be more guarded, but more because this leaves a nasty taste in what is predominantly easy fare. But Jonathan Cake does well as a ruthless salesman we can all enjoy hating, Greg McHugh and John Gordon Sinclair have a firm grasp of the comedy, and Laura Pitt-Pulford is her usual good value as the predictably-tough-but-still-more-sensitive-than-the-men Melanie. All the cast make it look easy – which it isn’t – and without these strong performances the show would stink. But, as things stand, this play is an entertaining, if forgettable, diversion. 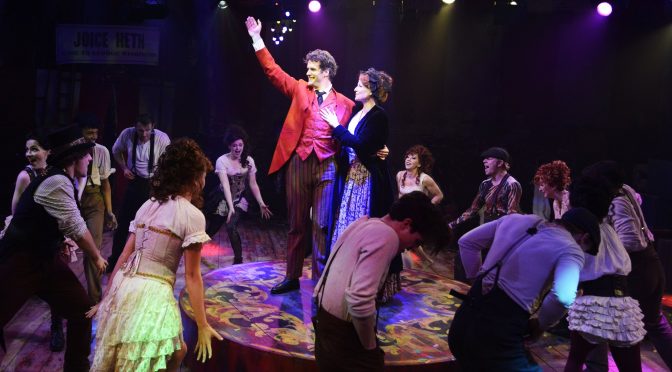 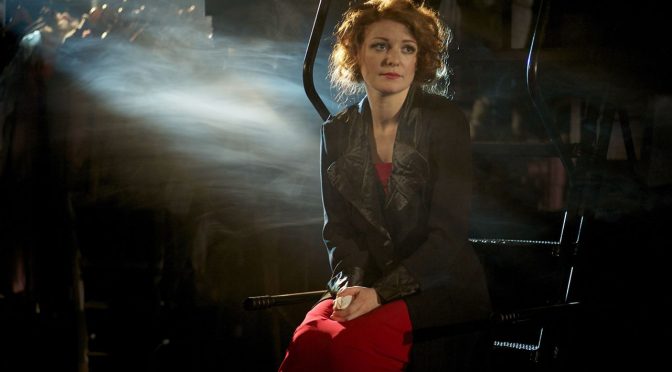