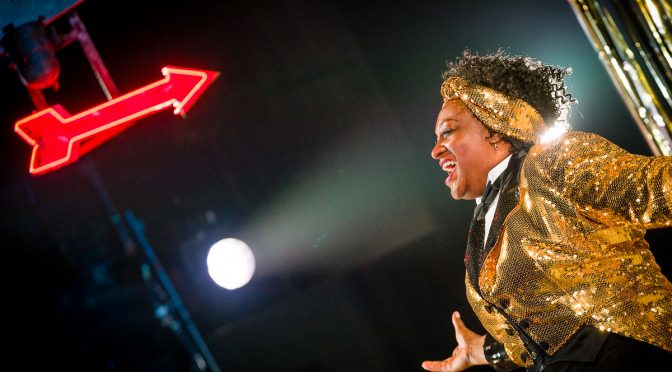 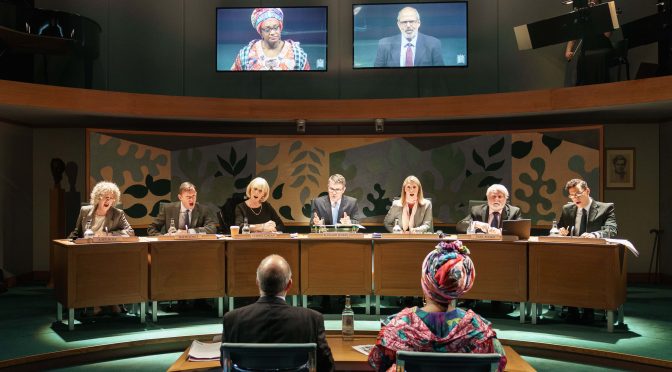 Verbatim theatre, with the script transcribed from everyday speech, is relatively rare. As for a verbatim musical – I can only thing of Alecky Blythe’s hit London Road. So doubling the genre, with music by Tom Derring, this new show counts as a curiosity, while suggesting the novel treatment has potential.

The subject matter might make you question the sanity of the project. The piece’s full title is The Public Administration and Constitutional Affairs Committee takes oral evidence on Whitehall’s relationship with Kids Company. Yes, it’s a crazy idea. But it works well.

For further originality, the book and adaptation into lyrics, by Hadley Fraser and Josie Rourke, use not the casual conversations admired in most verbatim works, but public testimony in the House of Commons – speech that contributors knew would be on record.

Topical, political, important – all fine qualities for good theatre. It’s clear that, despite the humour, including initial giggles at people bursting into song, this is serious stuff. The cast excels at depicting the MPs we came to know during the news story – Alexander Hanson and Liz Robertson are especially strong as Bernard Jenkin and Cheryl Gillan – but coming so close to impersonations can be distracting. Thankfully, the show isn’t flattering about anybody’s sense of importance – or their desire to capture the “8.10 slot” on the Today programme.

Being grilled are none other than Alan Yentob and Camilla Batmanghelidjh, the Kids Company charity’s trustee and CEO. The roles are taken by opera singer Oscar Ebrahim and, with a voice to match him, Sandra Marvin. Again, while their impersonations are eye catching, the real achievement is a vocal ability that aids in revealing the complexity of characters and the situation. They add weight to Deering’s compositions and, while the show is static, some clever touches from director Adam Penfold are well used.

While you might find yourself surprised at how entertaining the whole thing is, Committee’s biggest success is drier – it works as a peculiar pedagogy. The MPs sing that their aim is not a show trial but “to learn” what happened to the bankrupt charity. And from this condensed 80 minutes you discover the issues and questions far more efficiently that following the story in the media. The edit deserves credit, of course, but the ability of the music to focus the mind has a strange power I’d happily hear utilised more often. 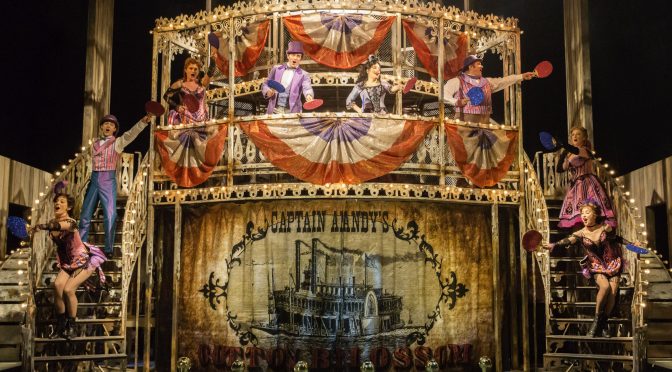 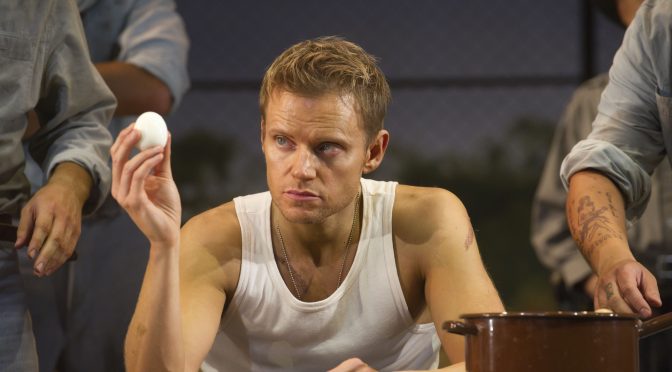 Marc Warren is a brave man. In the new stage adaptation of Cool Hand Luke, he takes on the title role immortalised by Paul Newman in the 1967 film. Like his character, a rebel with applause, it is satisfying to see a move some would call foolhardy pay off. With the help of a deft production that plays with the character’s iconic status and focuses on the original book by Don Pearce rather than the movie, Warren’s performance is commendable.

Imprisoned for petty vandalism after leaving the army, Luke Johnson’s play-it-cool attitude doesn’t help him on the chain gang. His repeated escapes inspire his fellow prisoners, but not the religious guards who conflate belief in God with the ability to conform. Director Andrew Loudon marshals his cast well, but the camaraderie amongst the prisoners is sugary – these felons are fine fellows, overwhelming the nasty prison guards with a good will that diminishes any tension.

Emma Reeves’ clever adaptation gives us plenty to think about, though. What interests her is Luke’s status as an iconoclast, a diehard atheist committed to the truth – about the fantasies of the inmates or his take on theodicy – and the irony of his elevated status amongst the prisoners who gather to hear his ‘gospel’. Reeves and Warren preserve an enigma behind the character marvellously. Even better, the script and Loudon’s direction make Cool Hand Luke a genuinely theatrical work: using a chorus to comment and set the mood through song may be an old trick, but by God it works and Sandra Marvin’s performance leading the gospel songs is luminous.

The West End may seem somewhat saturated with film tie-ins at the moment but that isn’t this production’s fault. Plays examining religion are very much in vogue and Cool Hand Luke is an interesting addition to this field. If there is any justice, it will get the audience it deserves.

Written 6 October 2011 for The London Magazine