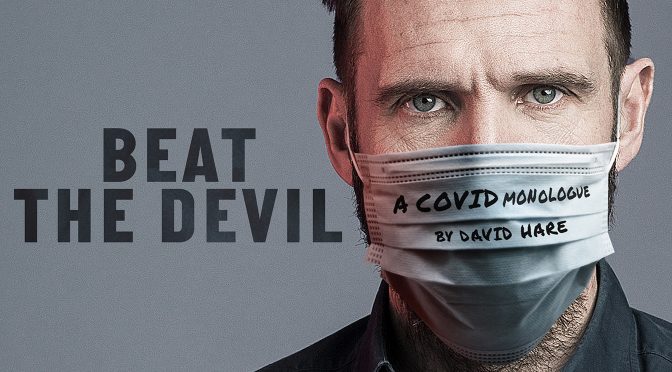 Leading the return to live theatre, Nicholas Hytner has his venue on the South Bank up and running. OK, it’s a season of monologues and we’ve seen a lot of them online during lockdown. And even though seats have been removed, rather than being left empty, the capacity is sadly shrunk. But the season, and this opening piece, are exciting. And it is great to be back inside an auditorium to experience theatre for real.

David Hare’s monologue is based on his own experience of contracting Covid-19. You might share my reservations about the subject matter – enough pandemic already! – but bringing Hare’s talent and intelligence to the subject is valuable. Full of insight and wit, with a perfect blend of humour around this serious topic, provides a healing quality to the show. Maybe it’s wishful thinking, but I left feeling that things are starting to get a little better.

The show has star appeal, with Ralph Fiennes taking the role of the writer. The delivery is impeccable, aided by Hytner’s confident direction, always aware of the text’s nuance. The balance of humour, humility and serious points is reflected well in the performance. The effects of this “dirty bomb” of a virus on Hare are detailed but contain no self-pity. More noticeable is the “survivor’s rage” when he comes to consider how politicians have been handling things.

It isn’t hard to claim Hare is preaching to the choir. There’s some fun personifying the virus, imagining it targeting Boris Johnson and Donald Trump’s faults. Developing an eloquent disbelief at how incompetent our leaders have shown themselves has considerable bite. As topical as could be, Hare’s anger is hopefully an indication of his full recovery. Holding those with power to account, as he has so many times in the past, is healthy and invigorating. 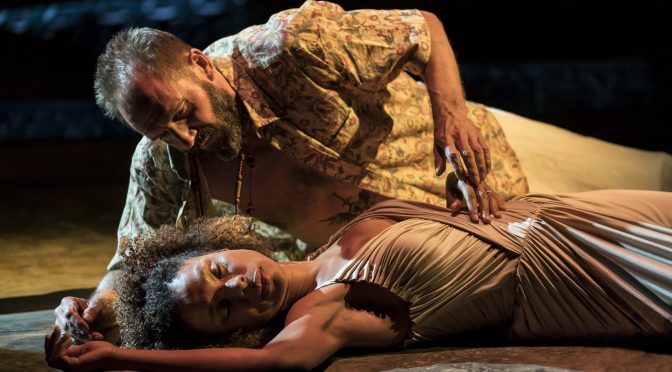 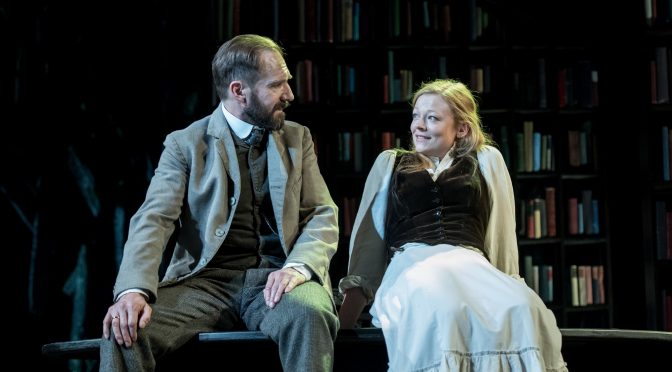 Matthew Warchus’ finest work since taking charge at the Old Vic marks new ground for the director – his first Ibsen play. With a vivid new adaptation by David Hare and a lavish set – with a trick up its sleeve – from Rob Howell, this is a luxurious production with a superb cast. In this demanding play of ideas, there’s a marriage in turmoil, plenty of hypocrisy, painful psychological insight and a mid-life crisis that, at times, poses as philosophy. Miraculously, it’s all present and correct.
A trio of women make life, let’s say, complicated, for the eponymous subject of the play, Halvard Solness. Fearing for the future, Solness is paranoid that “the young will arrive”, while also guilty about his past – his career success making him the archetypal Man who had all the luck. There’s the overdevoted bookkeeper (Charlie Cameron) he uses despicably. There’s his dutiful wife, a role made weighty by an excellent performance from Linda Emond. Above all, there’s the enigmatic Hilde, who Solness once encountered as a child and creepily promised to make a princess. Now Hilde’s at the door, demanding her castle in the air and showing an unhealthy interest in steeples. This London debut from rising Australian star Sarah Snook is one people will be talking about for a long time – Snook brings a deep-voiced, earthy quality to this ethereal, childish and dangerous heroine.


In the title role, Ralph Fiennes gives one of the finest performances of his career. In his studio, his bullying lothario is convincingly charismatic and dry witted – Fiennes has always been good at lofty but here we’re allowed to laugh at the character as well, a clever layering that squeezes out the text’s suggestions and innuendo. Solness’ ego never takes a break. But there’s something wrong. His artistic output is linked to an argument with God and any mistakes or errors of judgment become a question of free will. Accounting for Hilde’s strange hold over him, there’s talk of trolls and devils, and a belief that he has some kind of supernatural help, making his wishes comes true “mercilessly”.
With Ibsen revealing cruel truths and Fiennes up to the job of depicting them, we come to see the “soft and gentle” side Solness’ wife claims exist. The pain at the loss of his children and disappointment that, while he builds homes, there is “nothing but despair” in his own, means the solipsism slips. And finally, there’s fear, expressed as crippling vertigo, through which we fully appreciate the deconstruction of the character Fiennes so carefully presents. It’s a masterfully built performance that should not be missed.
Until 19 March 2016
www.oldvictheatre.com
Photos by Manuel Harlan 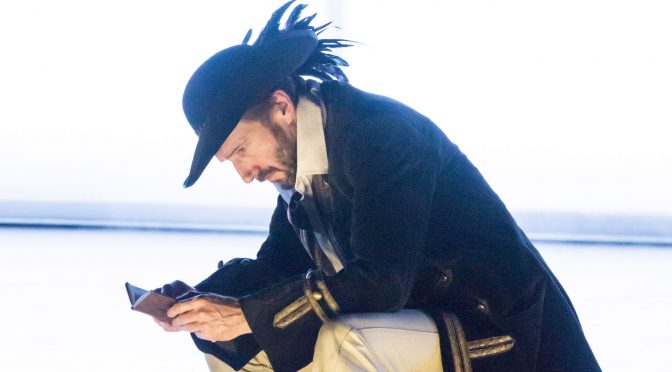 Weighing in at three-and-a-half hours, Simon Godwin’s mammoth production of George Bernard Shaw’s Man and Superman is a thrilling achievement. Godwin’s deft direction means not a minute is wasted. He draws out the play’s humour and his unfailing grasp on Shaw’s philosophy and originality makes you think he truly is the Superman of this production.
Or maybe the hero is Ralph Fiennes? He brings remarkable intelligence, technical ability and stamina to the role of John Tanner, making much ado about matrimony. Just as good, Indira Varma gives a mercurial performance as the heroine, Ann Whitefield, who aims to marry confirmed bachelor Tanner. Varma has to deal with Shaw’s turn-of-the-century gender politics (I daren’t use the F word) and ideas about a ‘life force’, which she does with a fresh, mischievous feel. Likewise, Faye Castelow is excellent as the equally powerful Violet, ensuring the play’s subplot remains integral. Nicholas Le Prevost is sheer class as Roebuck Ramsden, the conventional foil to Tanner’s revolutionary ideas. Finally, Tim McMullan gives the performance of his career as a brigand who kidnaps Tanner, then as the devil in a dream sequence, getting wails of laughter from the audience.


While the production is superb, including go–to video designer Luke Halls’ work, which is refreshingly understated, it is, quite rightly, Shaw and his play that claim your attention. Man And Superman makes you realise why Shaw gets his own adjective. It’s not just the laughs, and there are plenty of them, that are distinctly Shavian. The radical ideas, which still push boundaries, are bold and challenging. Describing your heroine as Lady Methuselah is brave, no matter how tongue-in-cheek. Although it premiered at the Royal Court in 1905, when it comes to form, the play is strikingly modern. Act three’s strange interlude, where Tanner is recast as Don Juan, has characters revelling in the scene’s oddity, highlighting how “extremely abstract and metaphysical” the play is. In short, Shaw’s wit, style and originality surely make him the Superman of the piece.
Until 17 May 2015
www.nationaltheatre.org.uk
Photos by Johan Persson