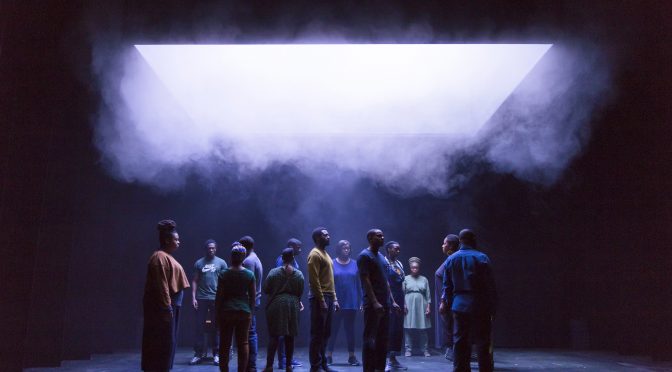 What debbie tucker green’s new piece about racism lacks in conventional dramatic terms, it makes up for with intricate, challenging argument. The didacticism here may deter some, although nobody could mistake its passion. It’s a useful skill – and an achievement to write with such heartfelt conviction and remain so satisfyingly articulate.

It helps to be prepared for ear for eye. The event is in three parts, followed by a brief and haunting epilogue. The opening design has art gallery written all over it, with Merle Hensel’s set reminiscent of Antony Gormley’s Blind Light. But don’t worry, as things become clearer. The direction, also by tucker green, is disingenuously sparse, with a rehearsal room vibe – there’s work to be done and this is a team up to the job.

First up is a collection of short scenes: tales of violence and protest that provide some brilliant monologues for Angela Wynter, Michelle Greenidge and Kayla Meikle. It’s pure poetry as we cover generations and criss-cross the Atlantic. The detail is rich, but the stories are without specifics – a quite magical move that is occasionally frustrating. While it increases empathy for the characters, when it comes to some stories and when considering potential differences between the USA and UK, instinct cries out for more facts. But tucker green is insistent.

Cue part two, which has two academics debating a high-school massacre, with a twist (which the audience has to fill in many a blank for) of startling originality. There are superb performances here from Lashana Lynch, who becomes a picture of frustration before our eyes, and Demetri Goritsas as a patronising expert cagily ignoring the question of race. It’s a bit of a shame that tucker green sets up such a straw man with this character, even if he is brilliantly awful – I can’t curl my toes and concentrate at the same time (maybe tucker green has had more practice at this?).

The third part of ear for eye is a film, with tucker green showing yet another set of skills. A cast of Caucasian men, women and children read out historic laws from America and Jamaica that relate to segregation and the treatment of slaves. There’s the novelty of mixing theatre with film in this way, and the triptych display of the film itself, a piece of cinema with a strangely static quality, is chilling even before considering its subject matter. Carefully using another’s words to complete her argument is a bold move for a writer, but it masterfully closes her case.

ear for eye needs patience, as complicated arguments require time. We are taken from body language to legal discourse, from the personal to the political and, while this is dizzyingly expansive, tucker green’s point is surely to show the connection between then and now: how the words on film affect the lives of the characters on stage. Her glorious text is all about tenses, as past, present and future are mixed from one sentence to the next, but it can be disorientating. History is collapsed as our contemporaries recite those awful laws and claim a living legacy for racism that is such an important part of contemporary debate. 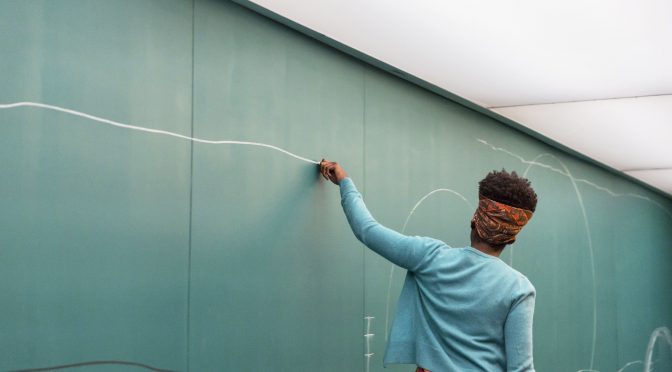 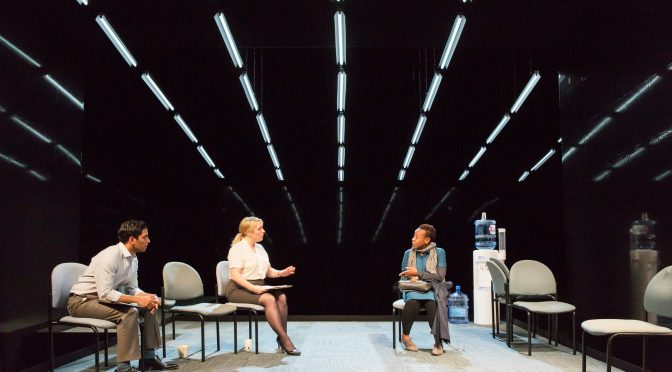