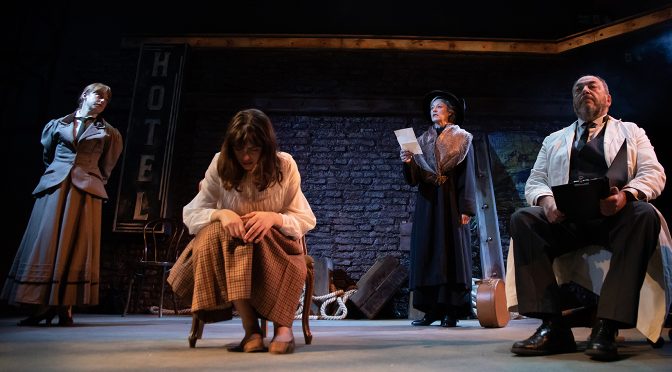 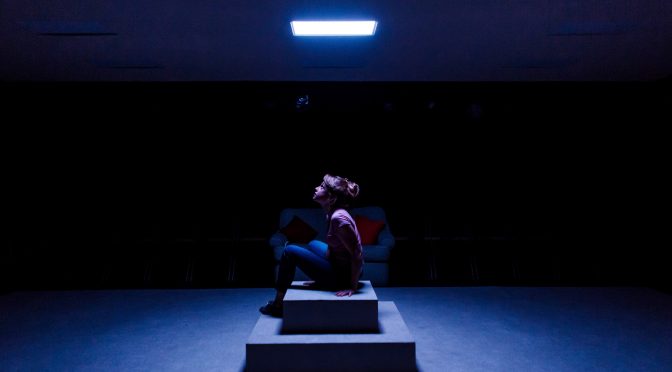 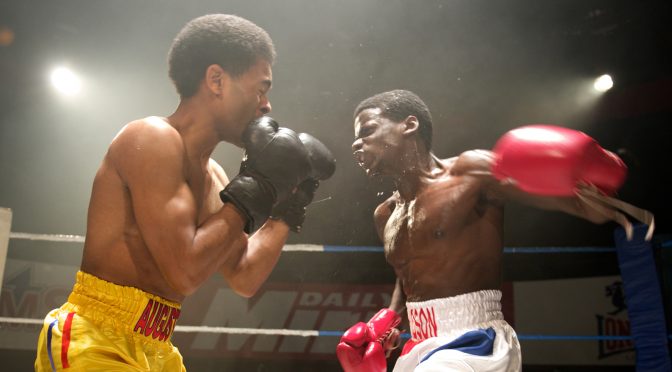 Roy Williams’ new play, Sucker Punch, which sees the Royal Court converted into a boxing ring, will surely excite if you’re a fan of the sport (I’m not), but it’s also worth seeing if pugilism isn’t your game.
Designer Miriam Buether wins the first round with the theatre’s transformation. The action takes place in the centre of the auditorium and everyone gets a ringside seat. That many of them are more uncomfortable than the Court’s usual plush leather offerings only adds to the atmosphere. And even if getting ready to watch a boxing match doesn’t thrill you, seeing double glazing and the Daily Mirror advertised in Sloane Square has a certain curiosity value.

Sucker Punch is entertaining and engaging, and about far more than boxing. It is a simple tale of big themes – love and hate, family and friendship. The boxing club in which the action takes place is an appropriate setting for the struggles of the two young protagonists in this story of betrayal and achievement. Machismo and nationality are themes for which Williams is well known but his handling of forbidden love and professional rivalry are just as interesting.

Set against the backdrop of racist riots in the 1980s there is a great deal of pain and anger in the injustices experienced. There’s also time for some quirky period detail. However, Williams is a perceptive writer and it would be great to hear what he thinks about current events rather than just giving us history.

The adept cast takes the 1980s fashions (supplied so well by Jacky Orton) in its stride, with Sarah Ridgeway’s costume getting more than a few nostalgic laughs. Looking comfortable in it is just part of a great performance as the coach’s daughter, who falls in love with boxing hopeful Leon (Daniel Kaluuya). She sees his friendship with Troy (Anthony Welsh) fall apart before her own budding romance is sacrificed to fame and fortune.

Both leads are superb as they show their natural teenage insecurities compounded by the troubles of the time and the less than inspirational actions of the adults in their lives. With these obstacles, both boys’ achievements are astounding. Their success results in some great staging, the boxing scenes being especially effective thanks to Gareth Fry’s outstanding sound design and spectacular strobe lighting from Peter Mumford. But the effort the fighters take seems wasted as it becomes clear their apparent triumphs are hollow and the price they have paid a high one.

Written 21 June 2010 for The London Magazine