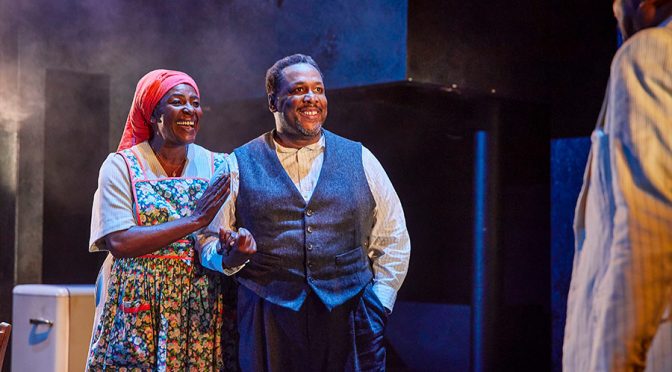 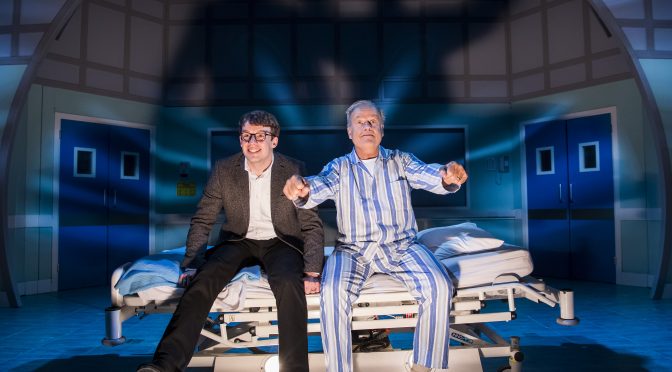 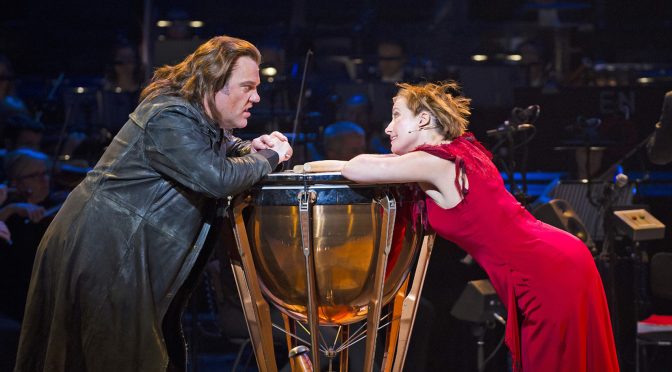 Lonny Price’s production of Stephen Sondheim’s Sweeney Todd has been widely anticipated since its rapturous reception in New York last year. Now the hot ticket at the ENO, opera megastar Bryn Terfel plays the demon barber, seeking revenge for the injustice that ruined his family while supplying his landlady Mrs Lovett with filling for her cannibalistic pies.

The jewels at the centre of the production are the orchestra and chorus. It’s a precious treat to hear a Sondheim score performed so masterfully, under the baton of David Charles Abell, while a massive chorus, of mostly young musical theatre performers, benefits from the Coliseum’s impressive acoustics and thrilling atmosphere. This Sweeney Todd sounds fantastic.

The quality of many secondary roles is notable. Matthew Seadon-Young and Katie Hall are irresistible as the young lovers Anthony and Johanna. Hall’s performance of ‘Green Finch and Linnet Bird’ is the best I’ve heard. The excellent Rosalie Craig plays the Beggar Woman and Philip Quast is superb as the villainous Judge Turpin.

But what of the stars? There’s an impression we wouldn’t be here without Terfel and Emma Thompson as Mrs Lovett, here returning to the stage after 25 years. The audience response may be hysterical but minimal chemistry between the leads means they aren’t really a dream team. Thompson’s celebrity aura never quite leaves her – it doesn’t help she’s dressed like Helena Bonham Carter on a night out – and while her voice is surprisingly strong she is not that funny. It’s a serious allegation but I suspect a moment of shameful scene stealing as a curtseying exit is carried on far too long. Terfel isn’t the greatest actor you’ll ever see, but casting him makes sense. His stage presence cannot be doubted, and any inadequacies can be forgiven for his magnificent voice: pray for a cast recording.

Despite Terfel’s magisterial voice and that wonderful orchestra, Price presents a stripped-back Sweeney Todd. A minimal feel plays with the idea of a concert performance, with musicians on stage interacted with and simple banners used for signage. Musical instruments are transformed into props and the sense of scale comes from the large numbers of people on stage.

Price’s staging is witty and clever but there’s an unwanted irony that couldn’t have been anticipated. This kind of inventiveness, abundant and impressive as it is, is usually seen on the fringe rather than in an opera house. For those lucky enough to have seen the Tooting Arts Club’s production of Sweeney, which has its own West End transfer, it makes for a strange comparison. The two productions couldn’t be of more different scales but it’s possible, and oddly inspiring, that a small team from South London has made the more memorable show.