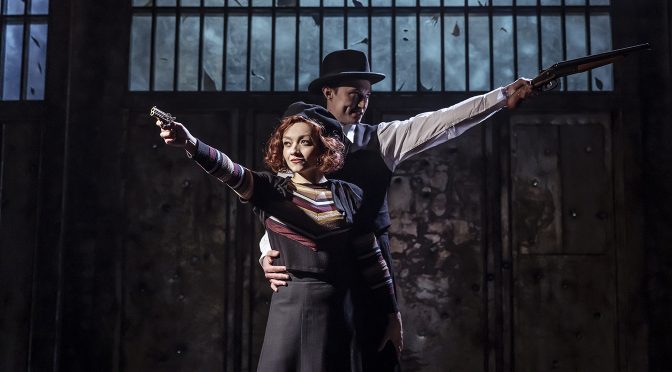 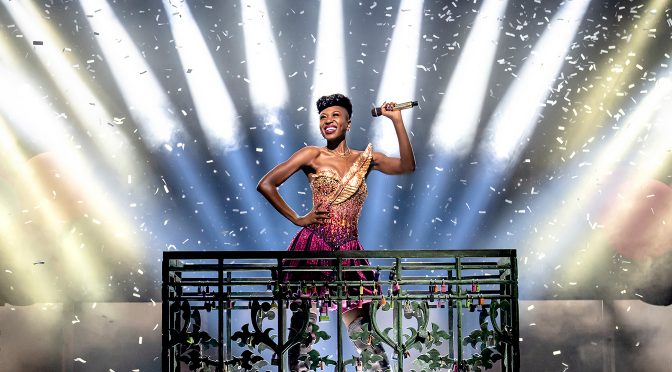 Just imagine Juliet decides not to kill herself at the end of Shakespeare’s play. David West Read’s mashup show pretends to be written as we watch… by none other than Anne Hathaway and her hubby, who battle to change the script before our eyes. And it’s all set to hit songs. It’s a mad idea, even if not entirely original. But & Juliet is so silly it ends up a success.

The key is Luke Sheppard’s direction, which powers through a lot of action and even more songs. There are some big problems, and there’s little time for questions of credibility, but just sit back and enjoy until the standing ovation at the end.

Creating most of the atmosphere is an amazing performance from the show’s titular lead, played by Miriam-Teak Lee. This Juliet is just… cool. And, like her character, Lee is someone you want to watch – and hear – with an uncanny ability to make any song sound great, again and again and again.

What’s selling the tickets is the music of Max Martin, one of the most successful producers and song writers ever. Hits for the Backstreet Boys, Bon Jovi and Britney Spears are used to tell a coming-of-age story. So, you know the joke. Will Juliet learn from her mistakes or (oops) do them again? Will her troubles make her Stronger? It’s been done before (and, if memory serves, We Will Rock You did it better). But although it’s only one joke per song. It is a very good joke.

Martin may be second only to Lennon and McCartney for US number one hits (how’s that for pub trivia?) but that doesn’t mean the songs are suited to the stage. No matter how excellent the arrangement (credited to Dominic Fallacaro and Bill Sherman, who have done superb work), the songs are used for a laugh, or occasionally to get across an idea that gets a cheer. A lot of dialogue ends up interrupting some very good singing.

There is a lot to get through. There’s a romance for Juliet’s Nurse: the excellent Melanie La Barrie who, with her paramour, played by David Bedella, offers strong comic support as well as sounding fantastic. There’s a new marriage for Juliet, this time with a sweet and spoiled Francois Du Bois (what kind of band do you think he’s in?) that Tim Mahendran makes appealing. And there’s a twist. For Francois falls for Juliet’s gender-neutral best friend named May, portrayed with sensitivity by Alex Thomas-Smith, who sings I’m Not A Girl, Not Yet a Woman.

I enjoyed all the above.  A lot. But the show is let down by its wimpy Romeo (yes, he returns), a role that Jordan Luke Gage doesn’t seem to be allowed to do much with. Worse still is the second plot, with Mr & Mrs Shakespeare trying to save their marriage. Poor Will comes off as a bore (Oliver Tompsett is wasted in the part) and, in a show proud of bad puns, seems embarrassed at one or two. And despite a spirited performance from Cassidy Janson as Anne Hathaway, her character doesn’t impress either. It’s a conceit too far from West Read that gets in the way of more interesting action.

It you’re going to dismiss the show as woke, don’t. Jargon may jar but it’s well intentioned, while I feel obliged to point out Juliet has ‘agency’ in the original play anyway – and that rewriting history is being done better down the road by Six. Nonetheless, seeing the young woman alongside two older female characters getting what they want is heartening. And the inclusion of a non-binary character is important. Remember, a juke-box musical doesn’t have to do any of this to sell tickets. Which makes claims for & Juliet that are a long way from the nonsense on stage. Make no mistake – silliness propels the show. And the energetic ensemble is led by a true star. There’s sincerity here to make any faults forgivable. 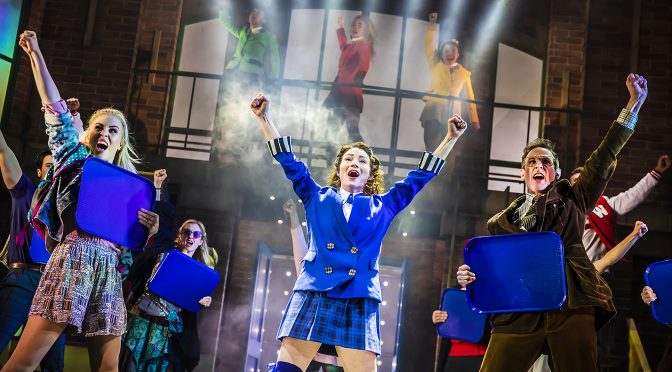