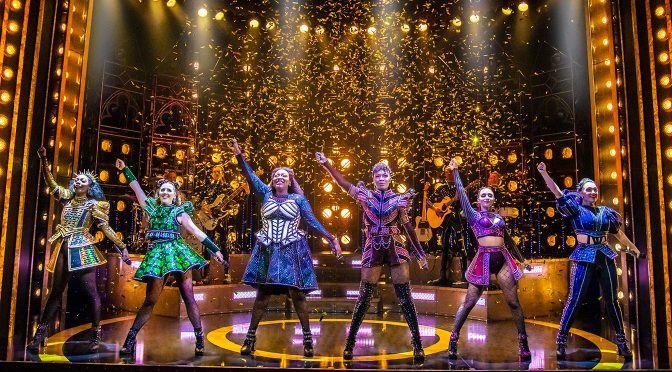 A theatrical phenomenon and worldwide hit, this musical by Toby Marlow and Lucy Moss goes from strength to strength. OK, I didn’t see the premiere at the Edinburgh Festival, but I did rave about its take on history and its excellent songs as soon as it got to London. Now, new cast members take on the crowns of Henry VIII’s wives to tell their story in inimitable style.

The show uses our knowledge that the queens were variously divorced and beheaded or died, but imagines them reunited as a pop group. How’s that for an excuse for great songs and a fantastic atmosphere! With modern sensibilities and humour (the lyrics and script are very funny) a mock competition sets the queens against one another.

It isn’t really a contest – that turns out to be an important point. And one of the show’s many joys is to see the ensemble work so well together while pretending to pit themselves against each other. This six are a great group – sharing emotion and, above all, fun. Despite them working in harmony musically, we still get six distinct characters, which is also important: Six is about the women rather than the man they were married to.

In chronological order, there is a lot of praise to bestow. Rhianne-Louise McCaulsky plays the first wife, Catherine of Aragon, and sounds amazing. Baylie Carson takes the part of Anne Boleyn and proves to be the show’s clown, getting a laugh with every line. There’s Jane Seymour’s ballad next, belted out by Claudia Kariukias in fine style. Dionne Ward-Anderson is Anna of Cleves – a commanding role that whips up the crowd. Koko Basigara as Katherine Howard has (arguably) the best number, ‘All You Wanna Do’, which showcases Marlow and Moss’s talents superbly. Finally, Roxanne Couch’s Catherine Parr guides much of the action and sounds superb.

There can be no higher praise than to say this cast does Six justice – the show really is that good. While the direction from Moss and Jamie Armitage is robust, and the choreography from Carrie-Anne Ingrouille strong, the performers bring high energy and strong comedy skills that prove a clear appreciation of the show’s intelligent humour. Six is my go-to recommendation not just for those who love musicals but anyone who likes a good show. Long may these queens reign on the Strand. 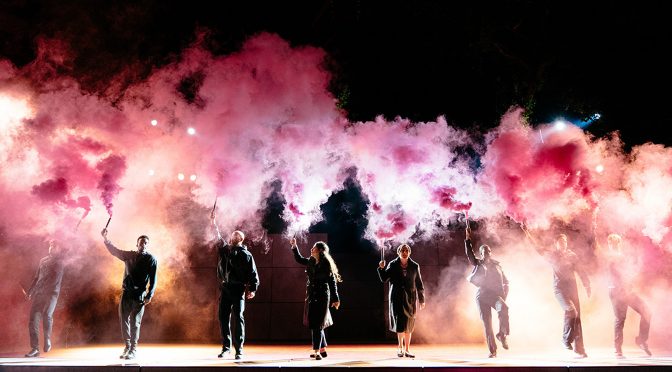