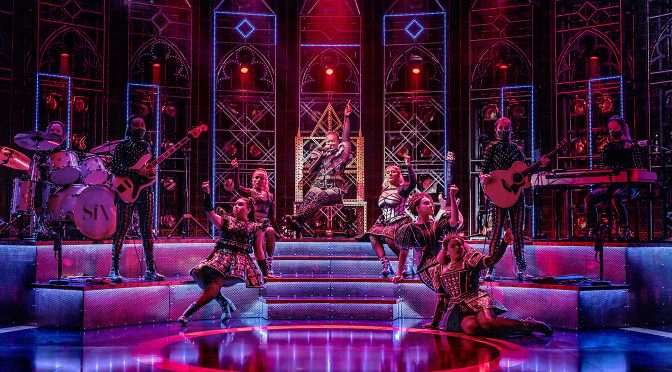 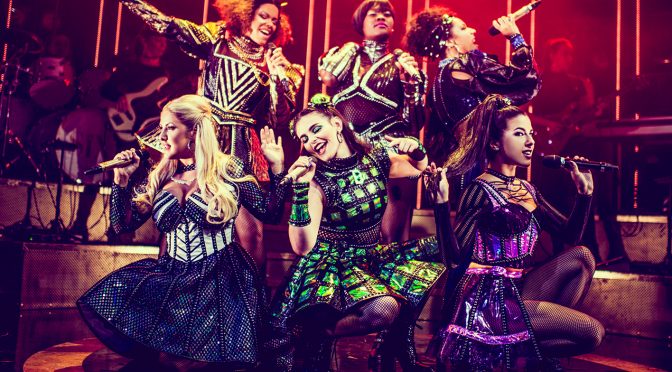 The so-bonkers-it’s-brilliant idea of Toby Marlow and Lucy Moss is to resurrect the wives of Henry VIII as a Spice Girls-style pop group in concert. The show’s hit status on the Edinburgh fringe and transfer to London as part of a tour confirms the concept’s appeal for many. And, if it sounds like a bad premise to you, trust me, think again and go.

From the start, a performance worthy of a crown from Jarneia Richard-Noel as Catherine of Aragon, with a Spanish beat, of course, will have you hooked. There’s a funny turn from Alexia McIntosh as a blingy Anne of Cleves and soulful sounds from Maiya Quansah-Breed to revel in. Marlow and Moss take pop seriously. And even if you find the music simplistic and derivative (yes, there is a riff on Greensleeves), it is effective and shockingly catchy.

The lyrics are sharp, smart and pun-packed. Getting the word ‘annulment’ in a song deserves a salute, making a rhyme for Leviticus requires a full genuflection in homage. The mismatch of history and contemporary references gets laughs from start to finish – the House of Holbein techno number had me in stiches. But note: the song for Katherine Howard, performed with gusto by Aimie Atkinson, tells a tale in text-book musical theatre style. Marlow and Moss really know what they are doing.

As well as the concert format, which clearly enthused the many teens in the audience, there’s another framing device used to ‘overthrow’ history as we know it. While the music is Eurovision, the idea is of a tasteless X Factor-style competition over which Queen should be favourite. And shame on me, I fell for it! As is stated, we all have our favourite, so the lovely ballad for Jane Seymour, beautifully performed by Natalie Paris, seems a naive view of the character. And a ditsy Anne Boleyn, while made nice and spikey by Millie O’Connell, surely doesn’t really do justice to Henry’s most political spouse?

Of course, the twist is that ranking victimhood is part of the problem and isn’t a game anyone wins. That Marlow and Moss use their remix of history to make a point so relevant to the present is their crowning achievement. Introducing some fantasy for a finale means the show ends jubilantly, as well as reminding us that these women’s lives were not happy. Add this intelligence to a score and sense of humour that show such promise and Six becomes very exciting indeed. There isn’t a bad song here and they crowd the mind to be recalled – surely the best thing you can say about any musical. This trip to the past shows an exciting future for its creative team.