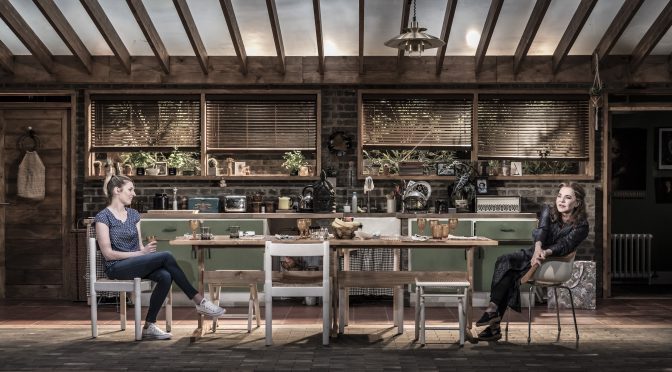 Here’s an example of a good play made great by a lead performance. Alexi Kaye Campbell’s 1992 piece, about an older woman who is said to have chosen a career in academia over her family, is proficient: the dialogue is strong and debating points clear. But this traditional piece, with its dinner party scenario, influenced by Chekhov and Ibsen, really scores high because the legendary Stockard Channing takes the role of its heroine, Kristin Miller.

As Kristin’s family assemble for a birthday dinner – one it is all too obvious will be a disaster – a history of emotional hunger is combined with delicious humour. The lines are good… but Channing makes them land with magnificently understated sarcasm. She gets laughs from monosyllabic answers and even raised eyebrows. Director Jamie Lloyd injects his usual energy into proceedings and it’s all highly enjoyable.\

It’s a shame nobody can compete with Kristin. Her elder son, played by Joseph Millson, seems resigned and then simply angry. One daughter-in-law, an actress who won’t admit she stars in a soap opera, comes across as simply tiresome and it’s an unforgiving role for Freema Agyeman. More interesting is the character of future in-law Trudi, played by Laura Carmichael, who is challenged with meeting Kristin for the first time. Trudi is perky, apolitical and a Christian – it’s like shooting ducks in a barrel. If this play is a battle of the generations – and younger characters frequently question the idealism of their elders’ activism – the odds seem pretty stacked to me.

Channing gets even more impressive in the play’s second, much darker, act. A second son, again played by Millson, suffers from depression and makes for a heartfelt scene. But the accusations against Kristin are too long and too feeble. A well-written cruel streak adds dramatic tension but is in questionable taste. A fairer perspective comes from Trudi, a character cleverly developed, and the defence of a “witness” in the form of her old friend (a strong performance from Des Barrit). And so Kaye Campbell provides resolution. If you suspect it’s a little too pat, it’s delivered with such skill that all is forgiven.