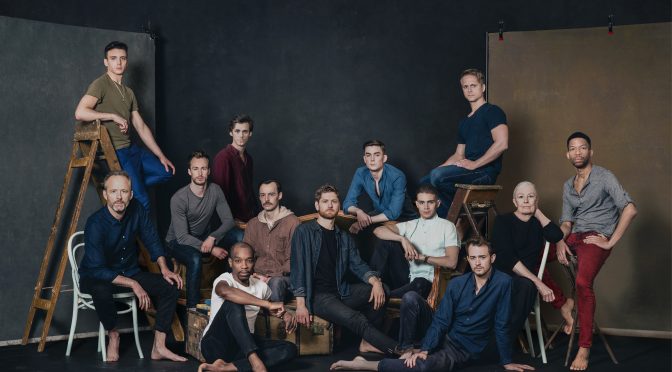 Inspired by EM Forster’s novel, Howards End, Matthew Lopez’s epic play, in two parts, develops the novelist’s dictum of “only connect” in almost-present-day New York. Combining important ideas with big characters and plots that pull at the heart strings, it is soon to be on every best-of-the-year list – mine included. A transfer from its sell-out run at The Young Vic means more people have the chance to see this unmissable piece. Or, if they are lucky enough to have seen it already, spot any differences the move to the West End might have brought.

Packing both parts into the same day was my (unnecessary) excuse for going again, leaving me even more in awe of the amazing cast. Paul Hilton ends up the star of the show, primarily through his skilled depiction of Forster. The Edwardian author joins a group of young men to help tell their stories, and is coaxing and commanding in turn as we learn about their lives. This premise, which is such a delight, means we miss the great author too much in Part 2. Hilton’s second role is as Walter, who uses his home as a refuge for the sick during the AIDS epidemic. This story serves as the finale to Part 1 and guarantees not a dry eye in the house.

During the second part, the story of Walter’s heir, Eric (a career-defining performance from Kyle Soller), takes over and would more than satisfy in any other play. But, despite Soller’s efforts, Eric doesn’t fascinate in the way Forster did. While his story is also moving, it’s far less entertaining. There’s a cruel irony – and a call to action – as, despite improvements in gay rights and the treatment of AIDS, as we come into the Trump era the play becomes more fraught and less joyous. Lopez struggles with the privilege many of his characters possess, while the misery that comes with the stories of Toby Darling and Leo (two more superb performances, from Andrew Burnap and Samuel H Levine) start to feel a touch overblown.

Some of the exaggerations may come from the show’s new location. While the leads are superb and Stephen Daldry’s direction fool-proofs the show, some smaller roles are too exaggerated. The result on the night I attended was whoops of joy from the stalls at political observations. It’s nice to hear such enthusiasm, but the sentiment seems misplaced. Surely Lopez isn’t as partisan as some of his characters? But guessing (which might be presumptuous) that the West End audience was less well acquainted with the original source material leads to a new joy. Instead of nudges at recognition with the book there was shock at revelations in the plot. A gasp from a crowd is always exciting and illustrates the story-telling craft behind the clever ideas here. It’s Lopez’s attention to detail, his rigour, alongside his ambition, that will, let’s hope, result in this play serving as an inspiration and having an inheritance in its own right.