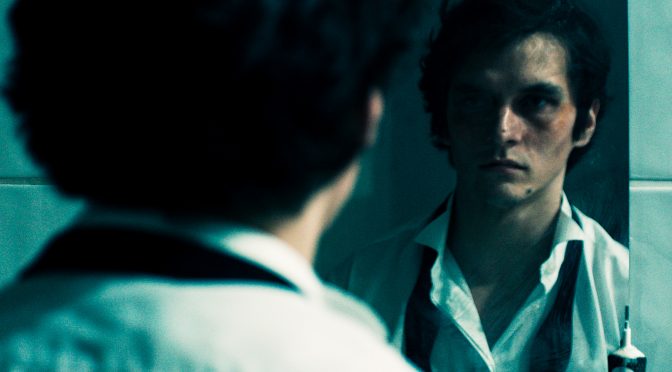 Henry Filloux-Bennett’s excellent new show is only loosely based on Oscar Wilde’s classic novel – and is all the better for that. Yes, Dorian sells his soul for eternal youth but, in the neatest of twists, it is only beauty that exists online. With skilful direction from Tamara Harvey, Filloux-Bennett uses the story for a stirring and topical condemnation of social media, focusing on its impact on mental health.

The plotting is strong, with a lot packed into 90 minutes. The conceit of an interview provides an effective framework and a nice cameo for none other than Stephen Fry. As we try to work out what has happened amongst a group of social media stars, there are elements of a mystery thriller, a touch of horror (as we get to see what happens to Dorian) and also romance.

The love story provides highlights for the show’s titular lead, played by Fionn Whitehead, and gives his co-star Emma McDonald a chance to impress. The pumped-up part for McDonald’s Sybil Vane is excellent, her performance superb. Sybil’s chance for fame leads to heightened emotions McDonald makes deeply moving. And Sybil is just one of the characters, familiar from Wilde’s original, the show does so well with.

A gallery of portraits

Two older men take Dorian under their wings and Filloux-Bennett makes the most of this fascinating triangle. With Alfred Enoch’s version of Henry Wotton, the idea of an ‘influencer’ is brilliantly elaborated: the role would suit Wilde himself! Aided by cheeky crudity on top of appropriated epigrams, the role confirms Filloux-Bennett is unintimidated by his source. Enoch is sexy, scary and just human enough in the part to make you question Wotton’s every word. Russell Tovey’s Basil Hallward uses the tension of his character’s potential homosexuality especially well, and brings a sinister edge to the part.

As for the triangle’s third member, there might be some quibbles about Dorian’s much discussed “dazzling” charm. Might it be a mistake to see the Instagram pictures that create so many followers? How much are we supposed to fall for him? Whitehead does best when confronting Dorian’s mental breakdown, with conspiracy theories that enforce concerns about social media, and a vicious streak that is frightening.

A further strong move from Filloux-Bennett comes with the character of Lady Narborough, played by Joanna Lumley. For Wilde, a hostess who “treats her guests exactly as an auctioneer treats his goods”, the character surely becomes Filloux-Bennett’s authorial voice (he deserves one): decrying the “devastating consequences” of going viral and living life online. Lumley brings plenty of nuance to a part that does a lot of explaining – the roles of philanthropist and mother figure to Dorian are both interesting complications.

While this Picture of Dorian Gray may not need to be set so specifically during lockdown, it is a benchmark for its times. Of many excellent shows provided, or even especially produced, to watch at home, this is one of the few that doesn’t make you feel you are missing something and would rather just see it live. The show has collaborative credits – Barn Theatre, Lawrence Batley, New Wolsey, Oxford Playhouse and Theatr Clwyd – are all involved. It’s a welcome irony that, as theatres are starting plans to reopen (fingers crossed), so much has been achieved with their doors closed. 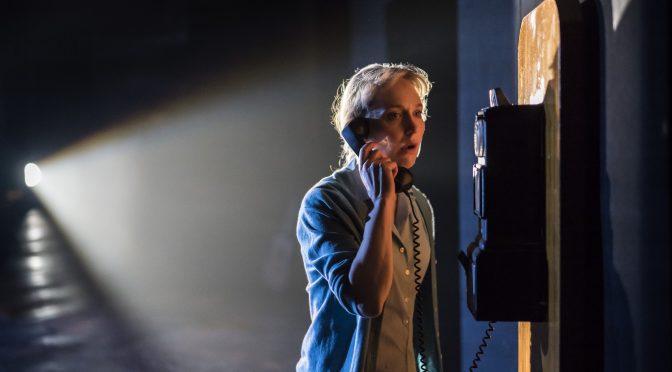 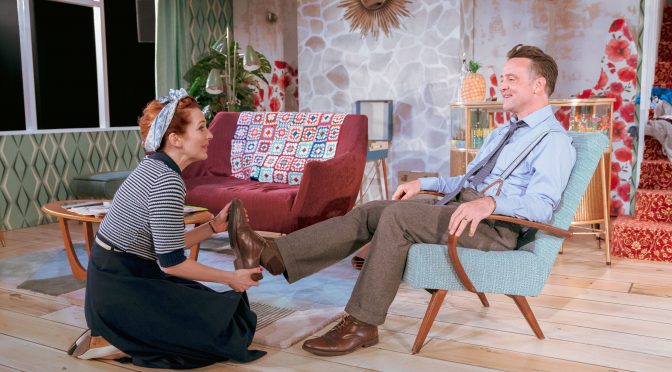 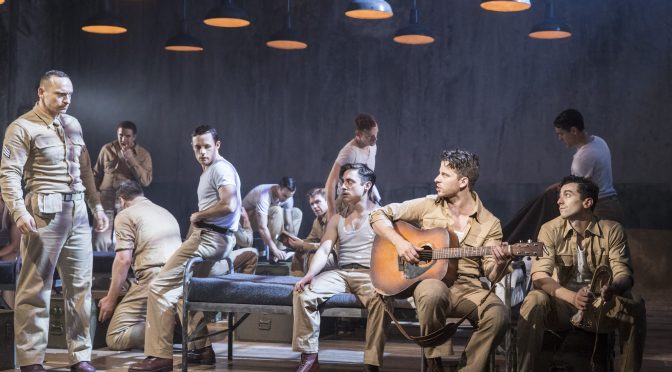