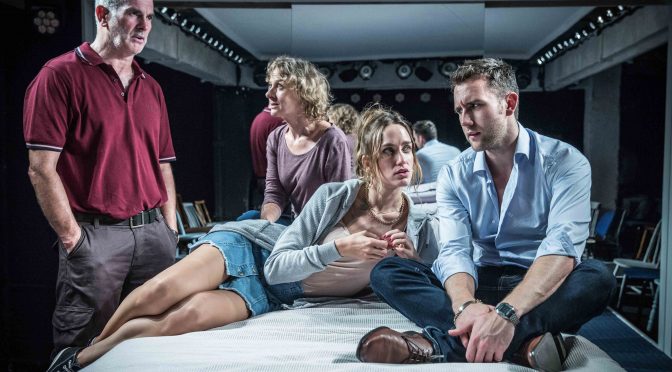 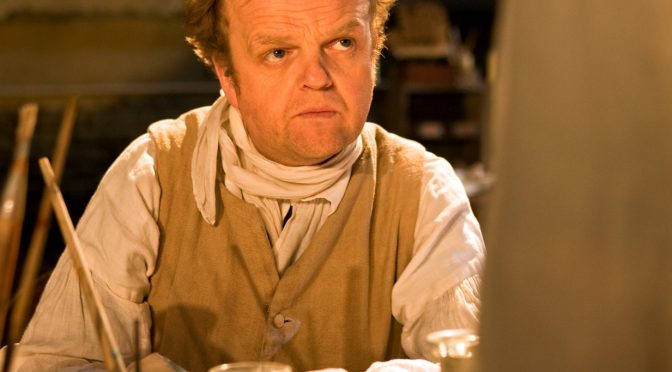 The much-acclaimed Arcola theatre has relocated closer to Dalston’s refurbished train stations, and it opens its barn-like doors with The Painter, a new play by Rebecca Lenkiewicz. The painter in question is Turner, but biography is really just a primer for Lenkiewicz’s ambitious and engaging look at women, art and society.

With the smell of fresh plaster filling the former paint factory, it’s all very East End art scene. The temptation might be to see Turner as some kind of early YBA, but Lenkiewicz is too clever for this. She manipulates chronology and uses modern idioms to abstract Turner’s obsession with creativity, his battles with patrons and the relationships in his private life.

Toby Jones is excellent in the title role. Under Mehmet Ergen’s skilled direction he gives a refined, understated performance. His character’s complexity is clear, but Jones allows those who perform alongside him to shine.

We encounter three women who seem dangerously close to cliché. A young tart with a heart (Jenny Cole), a widow looking for a new husband (Niamh Cusack), and an overbearing, insane mother (Amanda Boxer) whose fate, like many an awkward woman, is to be institutionalised. Despite the danger of caricature, all three performances are stunning, the actresses bringing out the subtlety of Lenkieweicz’s characters. It’s a close call as to who succeeds most completely. I go for Boxer, who shows unbearable cruelty to her son and then painful lucidity about her mental decline. She edged me to tears.

Lenkiewicz writes taught, short scenes that command attention. All are impeccably handled by Mehmet: offstage screams are chilling and Jim Bywater plays Turner’s father so endearingly that a scene of only a few moments showing his collapse is a sharp, brutal shock.

Unfortunately such brevity doesn’t always serve. In particular Turner’s fumbling lectures at the Royal Academy need elaboration to clarify the connection between the painter’s life and art. As an essay in sublime abstraction Turner himself would probably have approved of Lenkiewicz’s work, but her effort ultimately feels slim. Taking Turner’s work and using it as a palimpsest is a fascinating prospect, but the result is a shadow that is sometimes too faint.

Written 17 January 2011 for The London Magazine