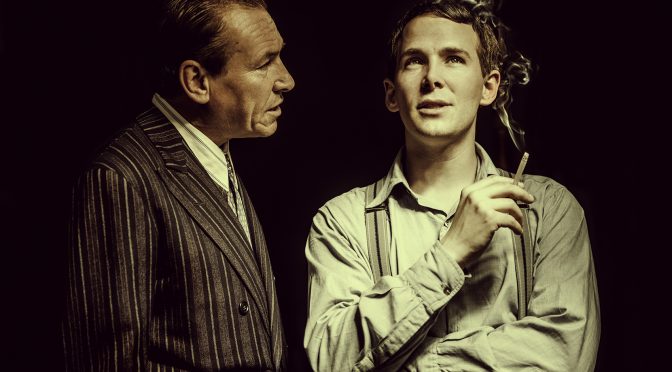 Mike Poulton’s new play is described as being “after” Terence Rattigan’s The Deep Blue Sea. Provoking a fascinating relationship between the texts, Poulton exposes the real story of what inspired Rattigan’s work – the suicide of the writer’s eponymous former partner – giving a lesson in gay history and intelligently exploring a tragic love triangle.

This is accomplished writing. With impeccable period detail, and well-researched biographical layers, the play has you reaching for a copy of both texts. Those having seen the National Theatre’s recent production of the Rattigan are in for a game of compare and contrast. But Kenny Morgan is more than a companion piece. Using insights into the closeted world of post-war Britain, Poulton raises themes of shame and hope, dealing sensitively with the subject matter of despair.

Lucy Bailey’s direction is commendable in its restraint, her frequent adventurous streak held back. Crafting an old-fashioned feel, slow-paced, with momentum gradually building, Bailey understands what is needed. She has also secured some tremendous performances that confirm the show is worthy of the blanket praise received from critics during its first sell-out run earlier this year.

Paul Keating is remarkable in the title role. Trapped in a loveless relationship with a young man of astounding selfishness (made credible by Pierro Neil-Mee), Kenny’s hysteria is perfectly controlled by Keating. Frustration and tension mount as the hopelessness of his situation becomes clear, and his final plea is truly distressing. In the background is the famous writer Rattigan, part of the “silk dressing gown and cigarette holder set”, still in love with Kenny but unable to offer him public recognition. Rattigan’s public persona, constructed at a cost, makes this a layered role performed to perfection by Simon Dutton.

Also impressive are those living in the boarding house with Kenny, who help to propel the play’s drama. Marlene Sidaway is superb as a char, whose sly remarks about “musicals” add humour, but whose concern is genuine. Likewise, Matthew Bulgo plays a clerk unnerved by Kenny’s intensity and glamorous connections. Finally a former doctor, who gives the most articulate consideration of Kenny’s situation, provides George Irving with a role he is hugely impressive in. These well-rounded characters create a populous world outside the theatrical milieu Kenny is haunted by, opening up Poulton’s play to make it far more than any afterthought to another work but a standalone piece of great strength. 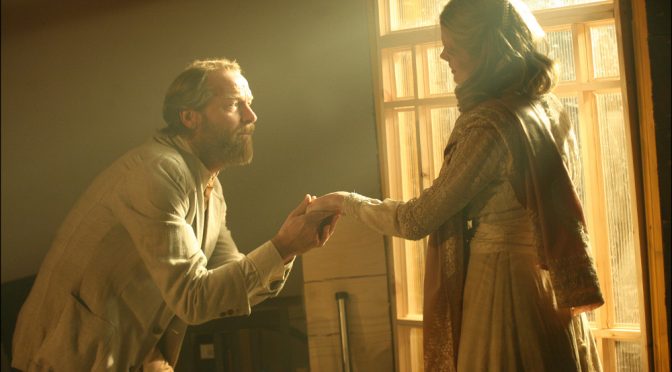 It’s the fourth time that writer Mike Poulton has adapted Uncle Vanya and it seems that practice makes perfect. Chekhov’s masterful exploration of the human condition is presented boldly, directly and, most notably, with a great deal of humour. Artistic director of The Print Room Lucy Bailey takes charge with a deft touch that highlights the play’s rich complexity. And this tiny theatre has the coup of a stellar cast, led by the magnificent Iain Glenn in the title role. Glenn gives a riveting performance of immense variety and subtlety.

It’s the story of a disastrous summer sojourn. After Vanya’s beloved sister dies, he devotes himself to the professor she married. But Vanya realises the man, played in fine comic style by David Yelland, is a pompous fool while falling in love with his brother-in-law’s new wife. At the same time she starts an affair with his best friend, the excellent William Houston, who in turn is loved by Vanya’s niece Sonya. It’s no big surprise that none of them is happy.

The way Poulton plays with this Chekhovian cliché of misery is delightful. Everyone is bored and everyone is exhausted all the time. Even the roses are “mournful”.  All of the players are driven to drink and bemoan the “inexplicable” fact they are old (regardless of their carefully spaced ages). It’s enough to make anyone flee the countryside. But Chekhov and Poulton can see the funny side of boredom as it mixes with the most potent emotions of love and jealousy. Add a touch of madness and you have a strange combination of farce and tragedy that comes close to describing life itself.

The desperation within Uncle Vanya, stemming from a sense of wasted life, is conveyed movingly by Glenn, while Sonya’s self-sacrificing strategy comes across an illuminating performance from Charlotte Emmerson. Alongside the family servants’ acceptance of their lot, embodied in delicious cameos from David Shaw-Parker and Marlene Sidaway, Uncle Vanya becomes a painfully funny play full of faith and grief. In this production, Uncle Vanya is as big and as clever as ever and is not to be missed.

Written 30 March 2012 for The London Magazine 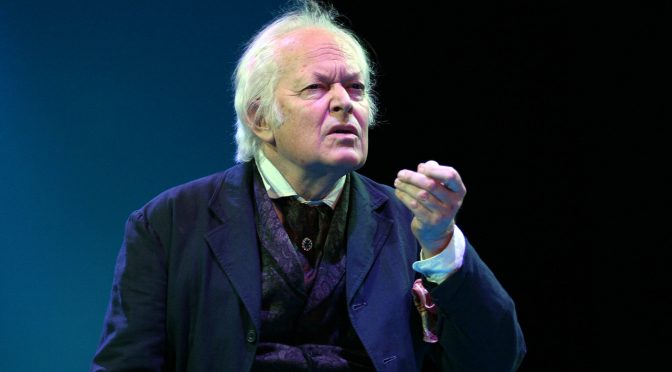 Having just celebrated its first anniversary, a spectacular year that has seen this new theatre run by Lucy Bailey and Anda Winters establish itself as an essential fringe venue, The Print Room presents Judgement Day. The play is a new version of Ibsen’s last work When We Dead Awaken that the adaptor Mike Poulton describes as Ibsen’s ‘confession’ about the price paid for a life lived for art.

Arnold Rubek, a renowned sculptor, is the kind of Romantic artist who’s hard to like and easy to mock. Quick to proclaim his genius and espouse aesthetics, he is aware that he has ‘sold out’. In a loveless marriage and on a constant holiday, he re-encounters his first muse, Irena – an ‘association’ neither of them has ever recovered from. Michael Pennington is engrossing as the objectionable Rubek, taking us past the character’s pomposity to make him profound.

Poulton’s version makes Ibsen’s concerns seem fresh and he brings out the master’s lighter touch when it comes to the women who have suffered from being in Rubek’s life. Sara Vickers plays Rubek’s much younger wife, Maia, brimming with intelligence and frustrated sexuality. She is so bored that when a dashing baron arrives on the scene, she’s willing to accept a trip to see his dogs being fed as a first date. Where Maia is full of life, Irena, Rubek’s old muse, lives in the past. Penny Downie convinces in this hugely difficult role, toying with her character’s ambiguity and succeeding in being always believable. No easy task when you’re being followed around by a nun as your rather Gothic fashion accessory.

Judgement Day is heavy on symbolism but Poulton’s text and James Dacre’s direction also deliver a gripping human drama. The language is poetically satisfying and accessible, giving you plenty to ponder on at the end of the play’s 80-minute run. The Print Room has a hit on its hands and, while you are buying your ticket, take my advice and book up for its next production, Uncle Vanya, at the same time.

Written 22 November for The London Magazine