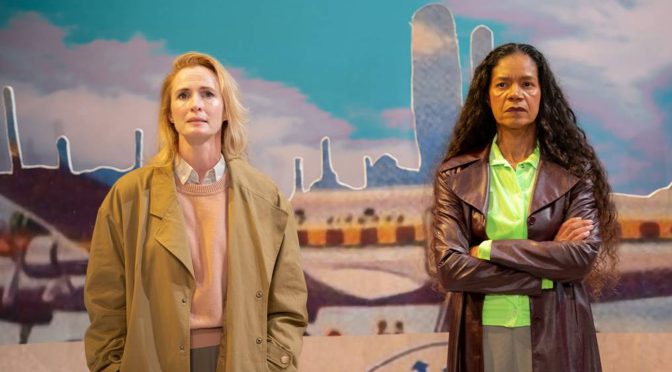 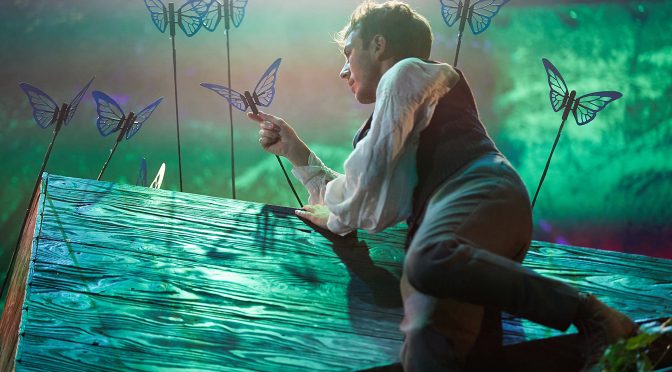 Most peoples’ ideas about Charles Darwin, in part thanks to £10 notes, relate to an old, bearded figure of wisdom. The first clever move in this new play by David Morton is to focus on the younger Darwin – a far more approachable character – and tell the tale of his voyage on HMS Beagle when he was only 22. It’s an adventure story, if not quite swash-buckling, juggling excitement and information, aimed at those aged ten and up.

The story is supplemented with background debate on the subject of slavery and made weighty with a lot of discussion about Darwin and religion. Both topics are interesting and, of course, valid – but it makes that age guidance important. Some complicated arguments are laid out, and laid out well, but note that they are wordy and demanding. The “terrifying thought” of natural selection, again plotted competently, can’t carry much dramatic impact without the cultural context, and establishing a period feel could have been elaborated.

Hosting the show at the Natural History Museum, in a new, specially constructed theatre, makes for an appropriate setting rather than one the show actually uses: the production comes from Australia, via New York, and is clearly designed to travel. Morton, working alongside designer Aaron Barton, has a clever revolving set for his cast to climb around, and some excellent projections, making the production feel satisfyingly expensive. There’s a convincing sense of travel ­– appropriate to a story that circumnavigates the world – and, when the text allows, the action is swift.

As a director, Morton runs a tight ship and the cast is strong. Led by Bradley Foster, who makes an endearing Darwin throughout, there are strong turns from Melissa Vaughan as his fiancée Emma Wedgwood and Andrew Bridgmont as his tutor, John Stevens Henslow, both of whom have to tackle some vaguely patronising dialogue, presumably aimed at making Darwin relatable. The most interesting roles go to Jack Parry-Jones, as Captain FitzRoy, who manages to inject a good deal of tension, and Marcello Cruz as a missionary returning to his home of Tierra del Fuego in a fictional subplot that threatens to overwhelm that show at one point. Darwin cuts a rather impassive figure in too many scenes. There’s a frustratingly slim sense of the man. But thankfully, the true emphasis in the show is on a sense of wonder, which Foster continually captures. His amazement and confusion at the natural world inject a sense of investigation that could shape many a future career. Alongside the charming creations of the Dead Puppet Society, Darwin’s encounters with animals have a sense of wide-eyed fascination that is contagious and inspiring.