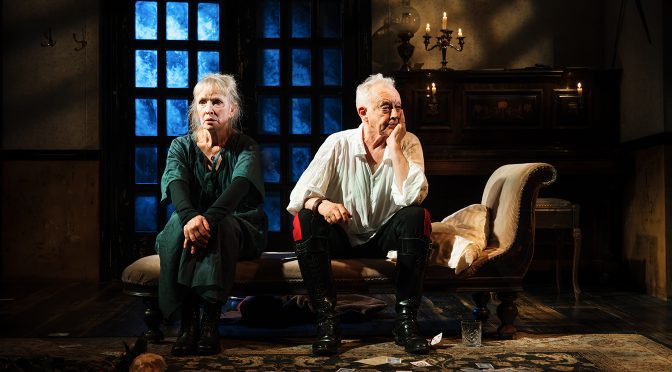 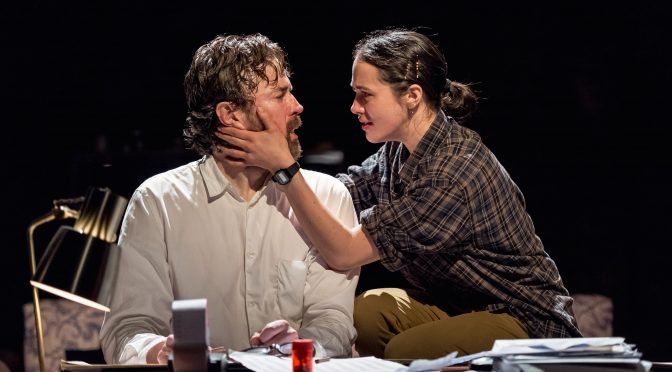 Following his triumphant Oresteia last year, director Robert Icke has created a similarly bold and fresh adaptation of Chekhov’s masterpiece. Contemporary in feel, especially its humour, Vanya is translated into John, wearing comfy slacks, while his brother-in-law Alexander, retiring to the country, could easily be an Islington academic. Alexander’s second wife Elena accompanies him and unrequited love leads to questions about the meaning of life.

Icke breaks up the action into bite-sized chunks. The short opening act establishes these “closed off eccentrics” – family and friends – living too intimately together. Tobias Menzies quickly captivates as the local doctor with a passion for ecology (more big themes here). John’s problems are clear: feeling his life has been just “notes in the margin”, he wittily woos Elena with his guitar, while his steely mother (Susan Wooldridge) looks on.

During the second act we meet Alexander, depicted so skilfully by Hilton McRae that it’s easy to understand how John feels “conned” into working for him. It’s clear that John’s drunken singing to Iggy Pop’s Lust For Life isn’t going to make up for years of devotion. But the scene belongs to Alexander’s daughter Sonya (Jessica Brown Findlay) and Elena, a part that Vanessa Kirby gets an impressive amount of comedy from. The women’s relationship is acted with the naturalism Icke aims for: stopping and starting conversations that reveal their exhaustion with the “petty cruelty” of their lives and their desperate search for love.

The boredom Elena and Alexander have brought with them is a dangerous “contagion”, contrasted with the not-so-gainful employment that’s been occupying everyone until they arrived. It’s John who suffers most. His breakdown is dramatic, if not without comedy, and Paul Rhys’ stumbling, fumbling portrayal is profoundly moving.

Icke is always sure-footed. Using Hildegard Bechtler’s slowly rotating stage, we get a great view of this human goldfish bowl. Addresses to the audience make this Uncle Vanya unusually direct. For the finale, the search for ‘The Art of Living’, glibly proposed as the title of Alexander’s next book, is never going to be lightweight. The only solace on offer seems to be hard work – literally. Join the characters as they hum ‘Hi, Ho, Hi, Ho’ and get off to see this show. Just don’t expect to leave smiling. 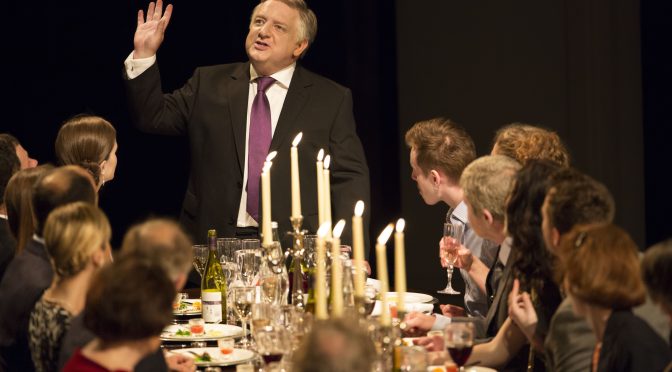 While directors seldom shy away from interpreting Shakespeare, sometimes searching almost perversely for a spin that promotes their production, Nicholas Hytner’s Timon of Athens offers something different. As Shakespeare’s least known work, we have the unusual situation of an audience coming to the show fresh. As a result, the new production at the National Theatre makes a remarkable contribution to the World Shakespeare Festival, presenting a contemporary sounding voice that demands to be heard.

Timon of Athens contains more parable than plot and traces the downfall of the eponymous protagonist, who is ruined by his generosity in a mercenary world. It’s easy to see the writing on the wall for Timon, but filling the play with contemporary references, setting the action in Canary Wharf and Parliament, and casting the rebel Alcibiades as a political protestor in the mould of ‘Occupy’ movement, give the production a powerful resonance in our financially unstable times. It’s a wicked world out there; you’ve only got to watch out for the on-stage product placement from Jaeger to have your cynicism reinforced.

The play’s main fault lies with its characterisation but Hytner’s cast manages to deal with this. Deborah Findlay is superb as Timon’s steward, adding emotional punch to the play, while Hilton McRae is excellent as the philosopher Apemantus. In the lead role, Simon Russell Beale gives a magnificent performance: his powerful presence matches the play’s directness – there are no byways here, just a monotonous misanthropy. Few actors could carry the violence of Timon’s language, his prayer of vengeance, this convincingly. Both Russell Beale and Hytner convey the bleakest view of humanity, making Timon of Athens the National’s most radical, challenging production for quite some time.

Written 18 July 2012 for The London Magazine 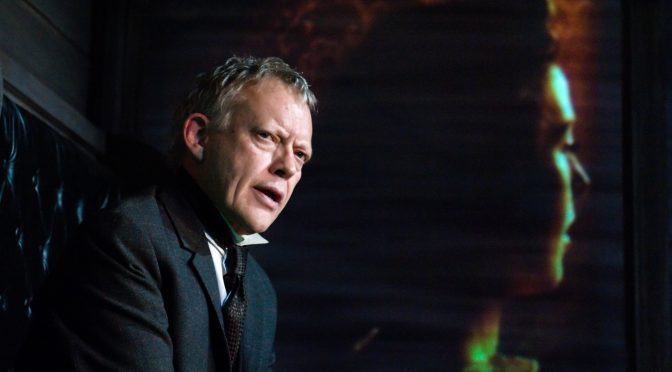