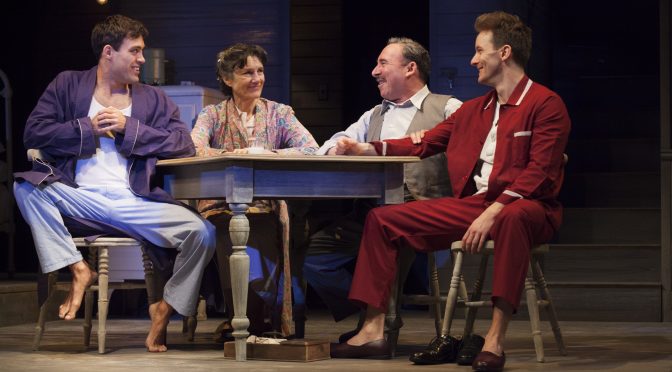 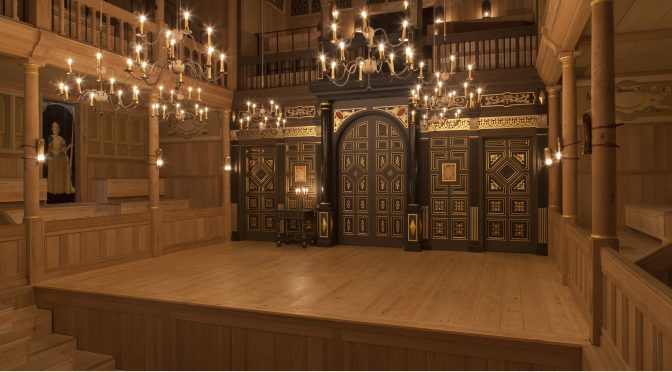 With a venue as special as the Sam Wanamaker Playhouse, it seems fitting to host a variety of events. The reconstructed Jacobean indoor theatre, which opened last year adjacent to The Globe, has already staged opera as well as plays and an eclectic mix of musical concerts. The latest idea is Winter’s Tales – a series of readings by candlelight with musical accompaniment.

Walters read The Happy Valley, a surreal ghost story set in Cornwall, and The Birds, which was surprisingly just as taut and exciting as Hitchcock’s film. Being read to is an incredible indulgence – the perfect Christmas treat. And while the dark nights really add to spooky stories, it’s to be hoped the theatre continues these events so we can have this blissful experience all year round.

Photo by Peter May 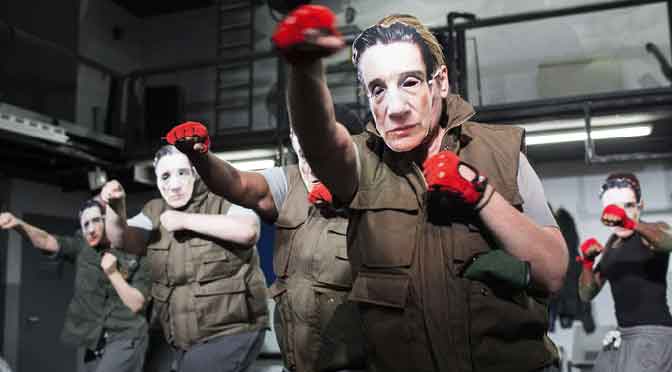 The Donmar’s all-female production of Julius Caesar was one of the theatrical highlights of last year. Now director Phyllida Lloyd returns with Henry IV, set once again in a women’s prison. An amalgam of Henry IV Parts I and II, the text is performed by the ‘inmates’, making this two plays in one in more than one sense, since we have Shakespeare and also the staging of Shakespeare. It’s layered, obviously, but what makes the production fascinating is the weight given to the prisoners’ own staging – is it the focus or just an addition? The question is open for the audience.

Henry IV is a riveting evening, not least because you want to know what has been done to the text. But it starts out dreadfully. With a nod to the trend for immersive theatre, the audience waits over the road in the Seven Dials Club, where you can use the bar and the loo (don’t forget this – there’s no interval and the show is two hours plus) before walking over the road and entering via the back stairs. Punch Drunk it ain’t. Although a few prison posters threaten punishment for those using phones – incarceration is too good for them after all – the whole effort seems feeble.

Once the acting starts, Henry IV is magnificent. Clare Dunne plays Prince Hal, the hero of both plays, with startling energy. Caught between the responsibilities inheritance brings, embodied by the superb Harriet Walter in the title role, and another father figure – Falstaff. As the rogue knight, Ashley McGuire gives a tremendous performance, fully embodying the ambiguities this production offers – it’s a great Falstaff but the sense of a disturbed woman in prison who is taking on the role is tangible. This triangle of ‘men’ is the focus of the production and the ramifications, when performed by female characters in a jail, positively outshine any episode of cult women’s prison drama Orange is the New Black.

When Shakespeare and the performance being staged by the prisoners intersect, Henry IV is electric. Some adlibbing results in an emotional break to the action, highlighting the sexism of the original text along with the cruelty of prison life. And the whole evening is abruptly cut short by the prison guards – leaving you feeling somewhat shell-shocked. The lives of the characters performing these famous roles provoke speculation; ‘Hal’ reveals she is to be released soon, and the whole cast have worked to create back stories. The prisoners’ own production is deliberately lo-fi – their props have to be improvised and costumes are minimal, adding to a sense of raw immediacy. What shines through is the strength of Shakespeare’s story, magnified by these imagined lives and made all the more powerful for it.

Written 15 October 2014 for The London Magazine 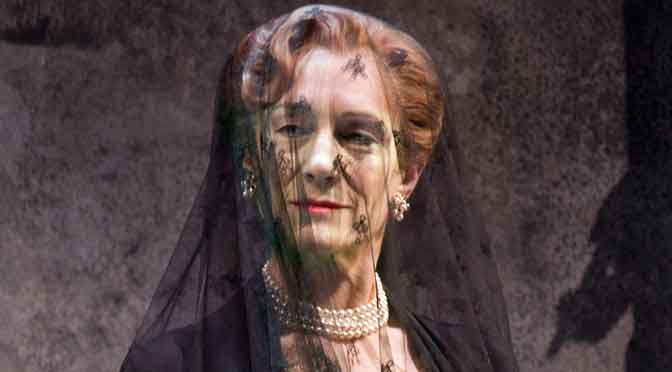