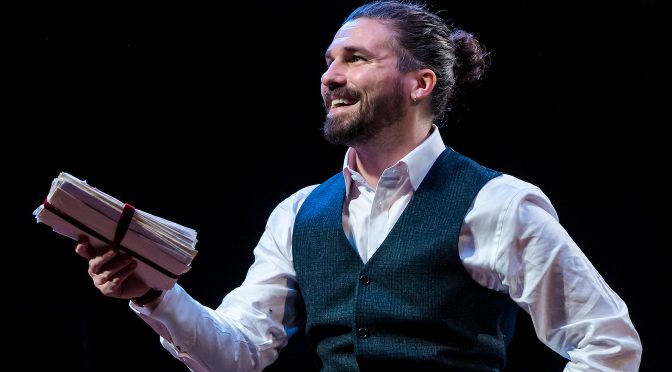 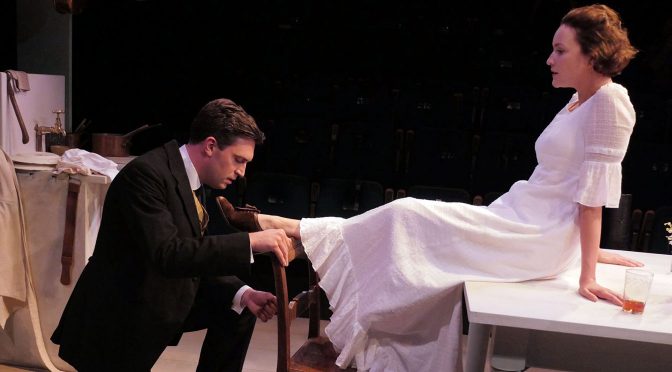 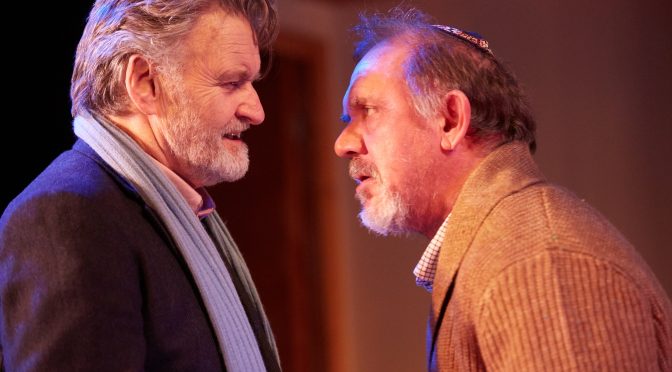 The fate of Denmark’s Jews during World War II is a starting point in A Bodin Saphir’s play. But it’s relatively recent investigations into events that become the focal point. And the debate, between a survivor and a historian – two men whose personal lives are intimately connected – makes this a play about family history as well. These three strands are worked with varying degrees of success to make a cautiously written debut play that’s for the most part impressive, but seldom inspired.

The history – of a mass evacuation that occurred with remarkably little loss of life – is summarised efficiently. It’s important as well as interesting and given immediacy by seeing its long-reaching effects on the lives of Abraham and Lars. Up next, revising what has become a pillar of Danish national identity has great potential as a story – it’s a smart insight, ripe for our times, that ‘post-truth’ is nothing new – but it ends up dramatically clunky. Lars, the academic casting suspicion on the “miracle” of a modern exodus, seems to be the world’s worst historian. Denying the possibility of interpretation, he’s eager to ignore detail in his search for the “whole truth”. The character is impossible to believe and the role leaves Neil McCaul as merely a mouthpiece for ideas.

David Bamber as Abraham has a happier time pursuing the drama of a man of faith pitted against facts. Trouble is, for all director Kate Fahy’s admirable efforts to keep the piece focused, this feels like another play, rather than a component of an argument already established. Bamber is convincing – even in a scene where Abraham becomes a surprising villain, as parallels are drawn with the issue of immigration today. Let’s hope we’d all agree about the dangers of a right-wing resurgence in Europe, but the topic is badly shoe-horned into this play.

With the family drama we’re on surer ground. Again, there are tyro touches when it comes to drawing Lars’ daughter, Sara. She’s just your average former scientist turned performing arts reviewer and aspiring novelist (how’s that for fleshing out a character?). And she’s also that person you only meet in a play who instantly offers up a definition for a word they’ve just used. Nonetheless, Julia Swift does a superb job in the role, making you want to hear more from the character and see her generation’s perspective. And the play’s strongest feature is the relationship between Abraham and his wife, played to perfection by Dorothea Myer-Bennett. Providing some much-needed humour, the marriage anchors the play and confirms the fundamental promise of Bodin Saphir’s writing. 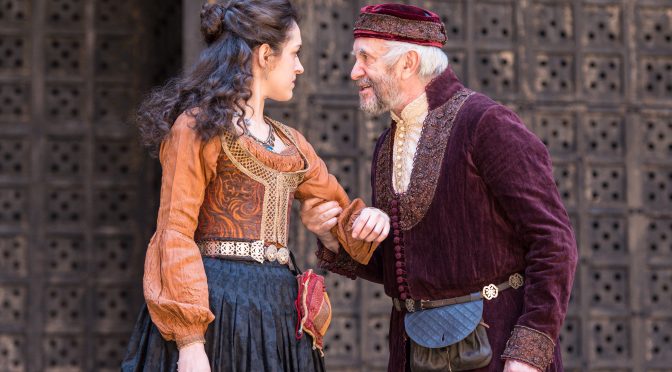