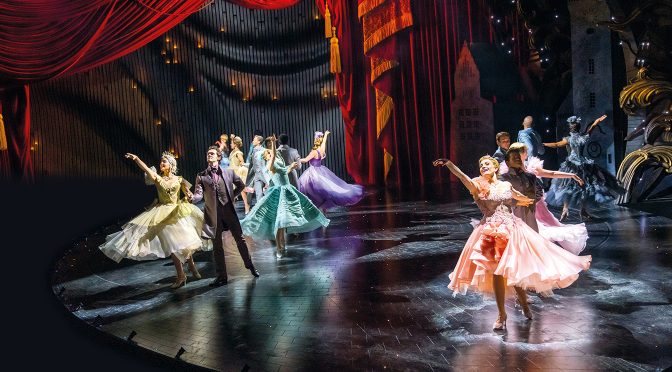 There were long delays to the opening of Andrew Lloyd Webber’s new musical. Like many theatres, the show is still troubled by Covid as my struggle to get a ticket, and a delayed start when I finally did go, illustrates. But the spirit of making sure that the show goes on is alive and well. Gratitude and respect to those working so hard.

First some praise for the clever typography for the posters. The e and r form a shoe! It’s a small point, but indicative of how much skill and thought is behind every aspect of a show that deserves to be hit.

Working for the first time with Emerald Fennell, who wrote the book for the show, says much for Lloyd Webber’s spirit of adventure. The name on a lot of lips after the success of her film, Promising Young Woman, getting Fennell on board to update a fairy story is a smart move. But let’s not forget how adventurous Lloyd Webber has always been. Success numbs us to the fact that musicals about Christ or cats are bonkers ideas.

The tweaks Fennell has made to the story are smart. A “bad Cinderella” stands out for not caring about her looks – in her hometown of Belleville that’s a crime. It’s when Cinderella changes her mind, colluding with a Mephistophelean godmother beautician, that things go wrong. A feminist slant? Maybe, although Cinderella finds no sisterhood in the show. But the female roles are refreshingly strong and undoubtedly make the piece.

Nothing to be scared of

It’s great to see such a confident Cinderella. She has problems, of course, but her strength of character powers the show. While Carrie Hope Fletcher has won praise for her performance, I was lucky enough to see Georgina Onuorah take the role and a great job she did, too. Gifted some great lines, the humour feel fresh and the singing great.

Surprisingly, Cinderella isn’t the most interesting character. Both the Queen and her stepmother have more fun by being a little frightening. Rebecca Trehearn is a monarch with a past who might be a psychopath. Victoria Hamilton-Barritt brings a touch of Norma Desmond to a deliciously wicked stepmother. The heir to the throne isn’t Prince Charming (that’s his missing brother), but a sensitive soul who leads to the show’s explorations of masculinity – and isn’t that a toxicity to be scared of? Ivano Turco excels in the part.

The lyrics, from David Zippel, are intelligent. He is a safe pair of hands who makes the libretto worth listening to, as it’s sophisticated with the odd, well-judged, crudity. It’s a shame his lines are witty rather than laugh-out-loud funny.

Most importantly, the music is good. There is something here for all, with lots of catchy songs and poppy tunes that please. More traditional, orchestral numbers add some romance even if they don’t quite match. Cinderella herself sometimes sounds as if she should be in a different musical.

Costumes and sets, designed by Gabriela Tylesova, are all very clever. The dresses are just outrageous enough to raise a smile and the ‘cut-out’ sets suggest spontaneity. The action is kept swift by director Laurence Connor. Best of all, by not overstating the effort to be new and different, Cinderella wins respect. There’s enough campy fun to please all. But there’s also a sense of integrity. The show is interesting as well as great entertainment. 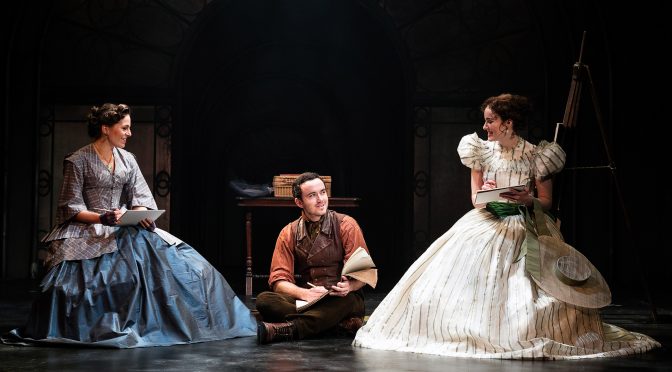