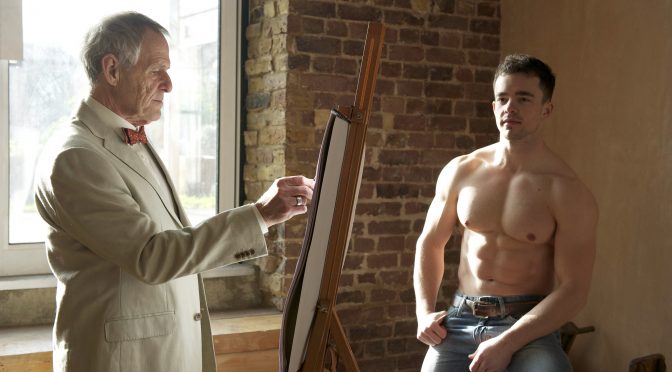 Horror film director James Whale, who created many iconic monster movies, had a fascinating life, which inspired the novel Father of Frankenstein by Christopher Bram, filmed in 1988 as Gods And Monsters. Russell Labey now brings the story to the stage in a divine adaptation. Gods And Monsters makes a strong piece of theatre out of a sensitive journey to the end of one man’s life.

Having written sound roles, Labey gets the best from his cast with precise direction. Will Austin, who spends most of the night with his shirt off, has the physique for the part of Whale’s gardener, an object of lust who becomes a model and then confidant. Austin gives an understated performance that shows he has brains as well as brawn. Will Rastall and Joey Phillips take smaller parts but there’s nothing minor about their performances, especially when doubling as Whale during flashbacks to his time as an art student and a soldier. Lachele Carl, who plays a devoted servant, gives depth to a nicely rounded character. But the main accolade has to go to Ian Gelder as Whale. It’s a careful performance of a complex man, full of passion and intelligence, that’s as good as any I’ve seen on stage.