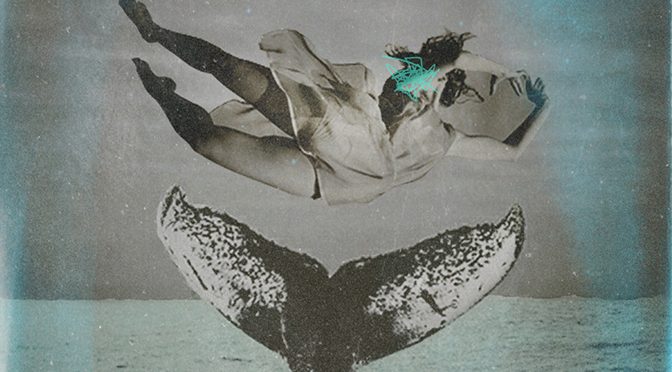 This year’s arts extravaganza under Waterloo Station got off to a fantastic start for me with Casey Jay Andrews’ gorgeous one-woman storytelling show.

Presented as a “reimagining” of Herman Melville’s Moby Dick,in some sense the damp subterranean venue is, for once, a useful setting for a story that involves so much water. With some cute audience participation, Andrews isn’t afraid of getting wet – and you might even imagine the roar of trains above you is the sound of the sea. By her own admission, the treatment of the classic is irreverent. There’s plenty of creativity and humour in its emotional subject matter and this show boasts that magical combination of wit and wisdom.

The Wide Unfeeling World is actually the story of Dylan, a young woman down on her luck and having a manic episode. Captain Ahab, the obsessed whaler in the book, happens to be a three-legged cat pursuing our heroine because of a road accident. Got a problem with that? As crazy as it sounds, Moby Dick and mental health are an appropriate match. And getting to a kernel of the book ends up providing insight about a lot more than literature.

The telling of this new tale is special, too. There’s an intriguing balance between the character, with her “noisy mind”, and Andrews as a narrator with a fertile imagination. Through her skill, we come to care for them both. Elements of fantasy (including a wonderful morsel about Dylan’s sketchbook) are carefully rooted in snippets of science and the everyday. It’s interesting – I loved the idea of ‘desire lines’ in the landscape – and has a journey rooted in the reality of the city: safe to say most festival-goers will recognise the atmosphere and geography of the London depicted.

With fantastic charisma and a great deal of warmth, this is a simple show of sophisticated storytelling. The script is a blissful mix of poetry and approachable asides and the delivery wonderfully paced. The tone is caring and sweet, but never shies away from the reality of how tough life can be. The result is a funny and particularly intimate experience to learn from and reflect upon.