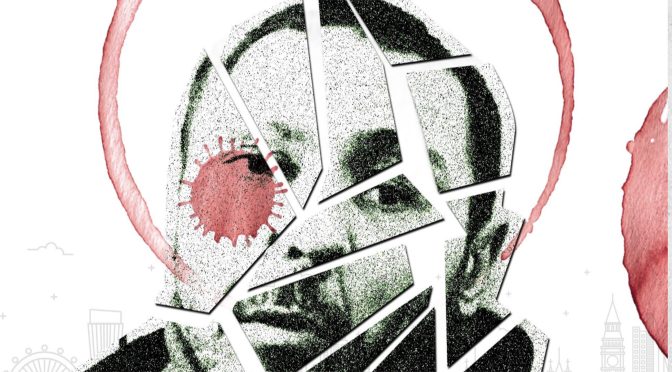 It’s a bit of puzzle as to how political HUNCH Theatre wants its adaptation of Joseph Roth’s novel to be. Efforts are made to establish the story of Andreas, a homeless alcoholic immigrant, in the here and now. But the story itself is close to a fable, with timeless qualities that fight with rooting it in London in 2020. Working with this tension, a talented team has created a thought-provoking show full of theatrical invention.

You have to suspend disbelief. A series of “miracles” mean that Andreas is gifted cash – only to drink it away again and again. It takes us to big issues about charity, alongside which the text engages with religious themes. Just as impressive is the central role – a complex, naturalistic, character despite being within such a fantasy. Andreas has plenty of faults so that it’s (too) simple to condemn what he does with his life, let alone the donations. But he is also easy to understand. With the desire to be “honourable”, the balance between circumstances and victimhood are deftly explicated. It’s a fine line walked by Oleg Sidorchik, who takes the lead role with great skill: he has to be a stage drunk, something of a clown, a man manipulated by his own jealousy and prone to violence, but with a moving back story, good intentions and weaknesses. Sidorchik manages to convey it all – bravo.

Similar praise is deserved by the whole cast – Oliver Bennett, Ed Davis, Emily Houghton and Eva Mashtaler – as this is a true ensemble piece. Acting as narrators as well as extra characters, they create a special atmosphere for the story: elevating its simplicity with a sense of fun. Bennett commands attention from the start – opening up questions about the motivation of the businessman who hands out cash. Both Houghton and saxophonist Davis manage to inject humour with the smallest lines and gestures, while Mashtaler proves impressive on a Segway… while she is performing as the sculpture of a saint.

Yes, that’s right, The Legend of the Holy Drinker, which includes a starring role for Saint Teresa, has many surreal, possibly alcohol-fuelled, moments. And they lead to a lot of memorable theatre. Director Vladimir Shcherban forefronts the movement skills of his cast, uses sound effectively, and has a brilliant eye for the simple use of props. What the team achieve with some plastic sheeting, cardboard boxes and coloured umbrellas is great. And it’s also appropriate. Such refined theatricality via lo-fi methods parallels that tension between complexity and simplicity – impeccably balanced by an intelligent and careful company.