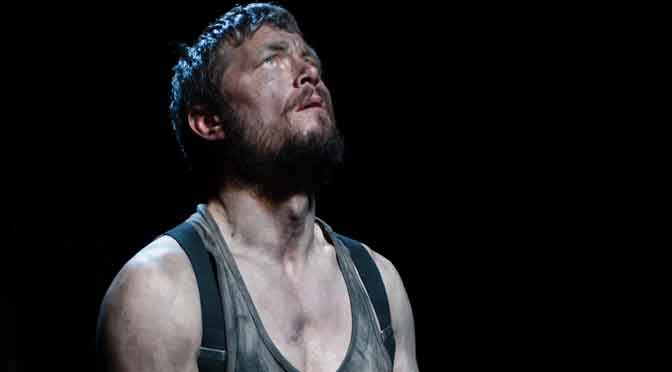 Eugene O’Neill’s play The Hairy Ape begins with a fleeting encounter between a grimy labourer and a spoilt rich girl who is appalled by a voyeuristic trip she takes into the boiler room of a ship. Vilified by the girl as sub-human and “a hairy ape”, our hero becomes haunted by the meeting, and goes mad in his quest for a sense of belonging and revenge. It’s a fairly slim idea for a play and O’Neill employs more passion than finesse in its writing – to the extent that one wonders why it has been revived at all.

It’s clear, though, that director Kate Budgen doesn’t have reservations about the work. Along with designer Jean Chan she embraces the challenges of the play’s various locations with intelligence and style. Budgen’s staging of the hot, violent situations, on the ship or in a prison, add to the drama superbly. The play’s finale, occurring none too subtly in a zoo, which might be read as unstageable, is a riveting moment of theatre.

Budgen also secures fine performances from her cast. There are minor issues with intelligibility from the polyglot crew of the ship but the fine line between camaraderie and competition is satisfyingly palpable. Taking the lead is Bill Ward who brings out the force of O’Neill’s poetry with a suitably virile interpretation. Also commendable are Gary Lilburn as one of his older shipmates and Mark Weinman who plays a socialist sailor keen to retell the men’s story as a class struggle. Weinman is skilled but, like much of The Hairy Ape, his character seems dated and predictable, no matter how strong the presentation itself might be.