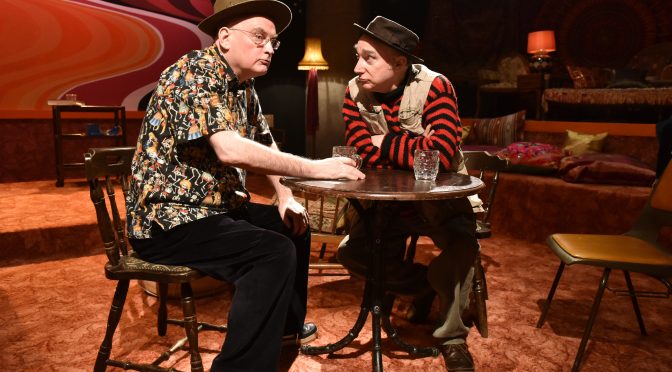 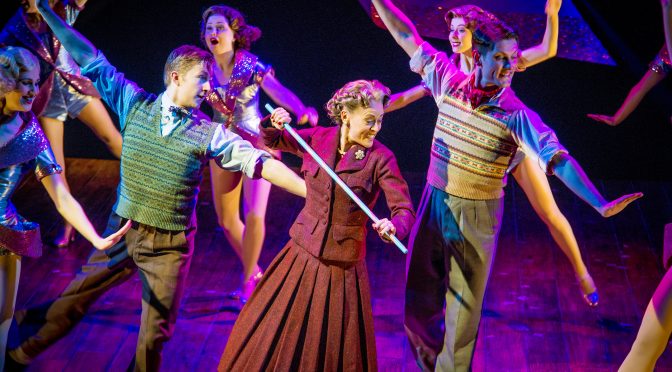 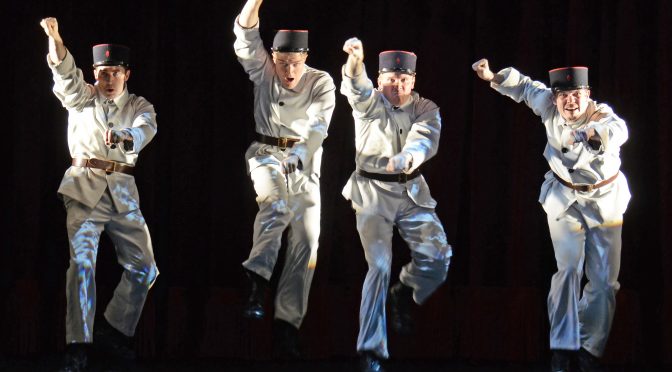 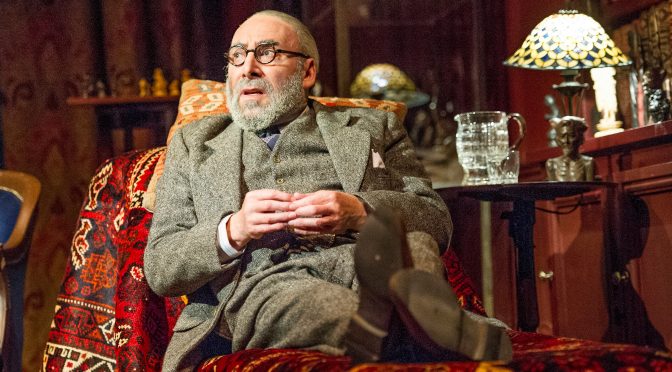 Hampstead Theatre’s new production of Terry Johnson’s Hysteria is a significant revival, not least because the writer himself directs it. One of the most successful plays to mine the rich seam of psychoanalysis, it imagines Freud on the couch. Like the man himself, it explores trauma and humour in inspired fashion. This is a work of big ideas that boggles the mind and attempts to explain deep truths.

The action is set down the road from the theatre in Maresfield Gardens, during Freud’s exile in London just before the Second World War. The father of the unconscious approaches his death with plenty of humour. Antony Sher is magnificent in the lead; Freud joins Stanley Spencer and Primo Levi as famous figures Sher has embodied so well. Elements of farce abound as he hides a naked woman in his closet from his Doctor (David Horovitch – excellent) and a visitor paying homage, none other than Salvador Dali.

The scenes of farce are a delight. Adrian Schiller’s “doolally” Dali is superb and his accent a triumph. But the play soon develops into a tense exploration of Freud’s methods and the foundation of his movement. In an emotional performance as the unwanted guest in his bathroom, Lydia Wilson highlights one of Freud’s failures, a case study he presumptuously reported as a success, and a change in his theories that she questions. Her interrogation of him reveals his doubts and the trauma in his own life.

Written 13 September 2013 for The London Magazine