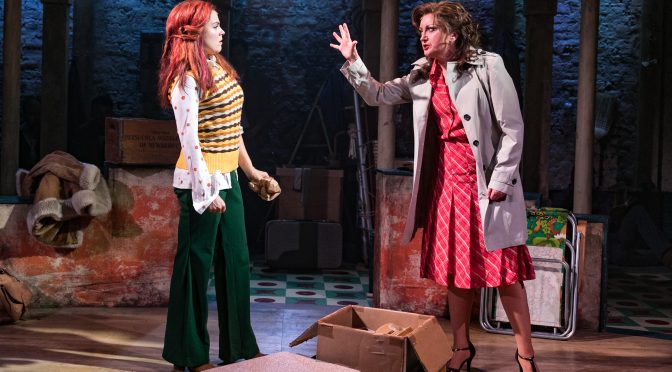 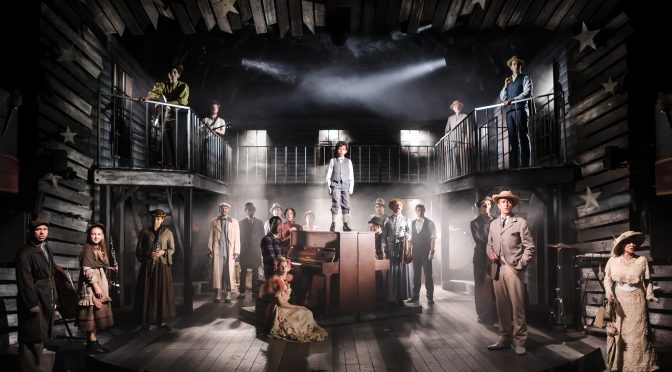 This is a big one. Based on EL Doctorow’s novel, this musical has a book by Terrence McNally that preserves the theme of hope on a grand scale. The music and lyrics, by Stephen Flaherty and Lynn Ahrens, are a huge success, with not a melody or line out of place. It’s the most ambitious show yet from Thom Southerland, who handles the piece brilliantly and deserves the largest number of accolades possible – Ragtime gets five stars from me.

There are many stories to follow here, each with a musical motif meticulously combined into a satisfying whole. An in-depth examination of the ‘pyramid’ of American society, before World War I and on the cusp of change, WASPs, African-Americans and European immigrants are all compellingly portrayed. The fate of children is at the fore, as is the question, what kind of community do we really want? I told you it was immense.

A wealthy white family embodies conflict. Father is resistant to change and disconcerted by the “new music”. Mother, a Liberty-like figure, understands you can never go “back to before”. Their roles are superbly performed by Earl Carpenter and Anita Louise Combe. Family life is changed by contact with an African-American couple, Sarah and Coalhouse, whose powerful story of romance and racism is performed with passion by Jennifer Saayeng and Ako Mitchell. And there’s a Jewish immigrant, Tateh, whose trials and eventual success are the lightest part of the piece. Gary Tushaw comes close to stealing the show (no mean feat) with a gorgeous performance.

More radical discontent comes with the presence of Anarchist Emma Goldman, ruthlessly embodied by Valerie Cutko, while Mother’s brother (a strong role for Jonathan Stewart) joins Coalhouse’s plan for revenge after a personal tragedy. Violent protest is the focus of the tension-filled second act – almost a mini Les Mis as the mix of fact and fiction creates a powerful synergy. Tackling the theme of terrorism, home grown at that, provides a startling edge.

The production’s masterstroke is to have talented onstage musicians, who memorably use their instruments as props. Tateh beats a drum as he attacks an assailant; there’s banjo-playing Simon Anthony, who makes a chilling racist thug; fife-playing Tom Giles, getting the most out of a number as Henry Ford; and an excellent role for cellist Joanna Hickman as a Chicago-style celebrity with a vaudeville routine. All are led by Jordan Li-Smith, the awesome onstage musical director, who holds the whole score in his head.

There’s a lot of history here, but it never overwhelms the show. Emotion is the key. Southerland directs with clarity yet avoids any mechanical precision. With songs as good at telling stories as these, goosebumps are guaranteed. This is one of the most moving musicals you could buy a ticket for. If it tips over into sentiment, so be it. To sum up a big success quickly – see this show.