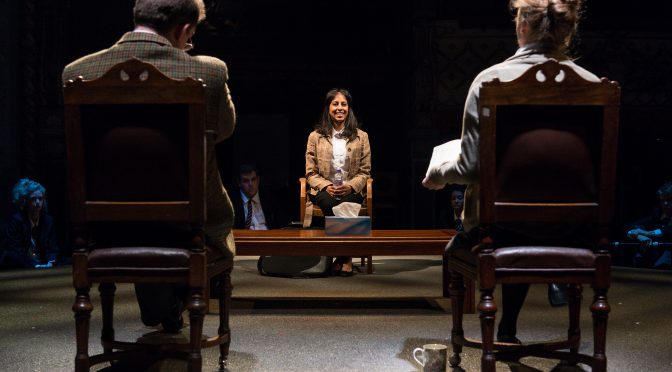 Marking Matthew Warchus’ first production in charge at the Old Vic, Tamsin Oglesby’s new play is literally about education, education, education, with three views of schools crammed into one, like an overcrowded classroom. The evening is entertaining and feels fresh, and one or two parts might have passed on their own, but cumulatively the play doesn’t score highly.

There are those pushy mums at the primary school gates, desperate for their kids to get on. OK, predictable, but the social observations are funny. There’s a strong turn from Lucy Briggs-Owen, as her character justifies going into the private system, and heartfelt angst from Natalie Klamar with a struggle to stay state. There’s a stilted amazement at class differences – are the school gates one of the few places people mix? I suppose I’m not qualified to say. The scenes are fun if slight.

Then there’s an education committee, a talking shop that Oglesby gets more laughs from. Warchus comes into his own here with the direction far tighter than the writing. Talk about shooting fish in a barrel: the arguments are so simplistic and the many characters so transparent it’s almost insulting to an audience. Ironically, the chances of learning anything about education, or being challenged in your thinking, are far too slim. 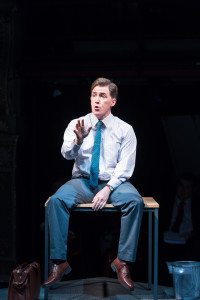 Future Conditional’s most moving narrative has an emotional topicality, with the story of a Malala-like refugee from the Taliban, played impressively by Nikki Patel. She is joined by a woefully underused Rob Brydon as her inspirational teacher, sadly reduced to a trite little speech about how teachers are societal scapegoats. Patel’s Alia is the only character to appreciate learning and her story is uplifting. That her destination is, you’ve guessed it, Oxford, points to the play’s flaw: Warchus and the young cast have plenty of energy and create an exciting feel, but Ogelsby tries to tackle so much that originality goes to the back of the class.