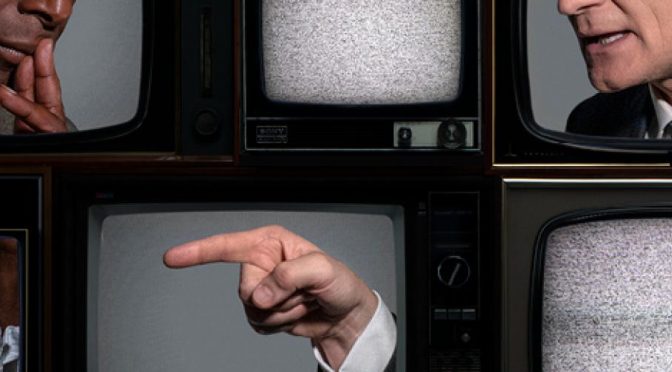 James Graham’s new play centres around the televised debates between Gore Vidal and William F. Buckley, Jr. at the 1968 U.S. party political conventions. At opposite ends of the political spectrum, and personally loathing one another, these intellectual heavyweights with big personalities make great theatre.

Initial praise must focus on Charles Edwards and David Harewood who bring Vidal and Buckley to life. These aren’t impersonations, although Harewood might have a lead with Buckley’s odd facial expressions. Instead, the conviction and intelligence of both men comes through. If Buckley has opinions most of us shy from, Harewood (and Graham) still make him credible. Edwards has Vidal’s charm and waspish humour to a tee. Seeing Vidal’s sense of mischief turn to increasing anxiety is brilliantly depicted. For both performers, revealing fragility is the key.

Bringing these historic debates to the stage would be enough. But like the documentary that inspired the show, by Morgan Neville and Robert Gordon, Graham wants to do more. The playwright has handled politics and the media before. Here, turbulent times and cultural shifts are efficiently highlighted. Best of Enemies, and the political conflict that Vidal and Buckley embody, comes to be about “the soul of America” – grand claim with terrific dramatic potential.

With the help of director Jeremy Herrin, the play becomes the portrait of a year. The legend that is 1968 is explored in depth with video projections (Luke Halls) and a collection of cameos that serve as a potted history. It’s hard to believe that there is a cast of only ten as riots and famous faces come and go at speed.

There’s a lot to enjoy with the different historical figures who appear. But it’s James Baldwin, depicted with fantastic skill by Syrus Lowe, that I’d argue is the show’s lynchpin. Baldwin’s observations, when talking with Vidal, are disquieting. The theme of privilege is one of many topical notes that show Graham’s skill at interpreting history.

As for connections with the present – does Graham seem too keen? He makes a good case with references to division and violence. But Vidal appears more prophetic than he deserves. The brief appearance by a media studies academic isn’t needed. And the play’s conclusion disappoints. Even at its weakest Best of Enemies works well. Graham’s great skill is to show both Vidal and Buckley as human beings. The psychology may be simplified, even predictable, but these are the last men you imagine feeling sorry for and Graham manages to make you care about them both. 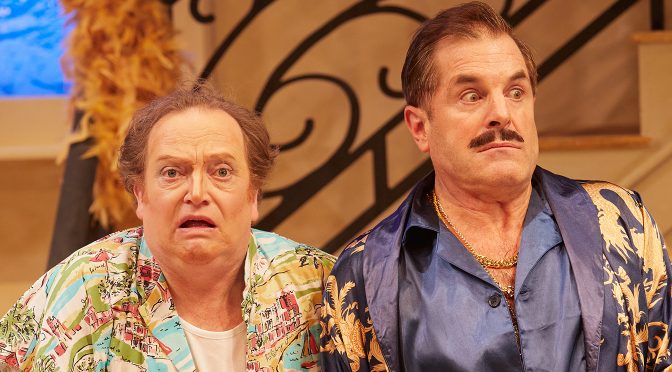 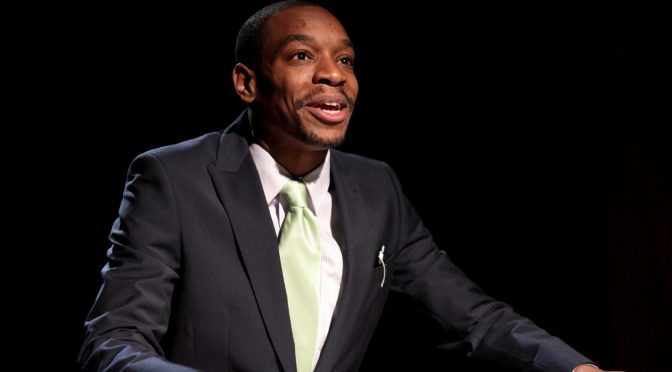 “The country’s buggered.” So declares David Verrey as political guru Marcus in Gabriel Bisset-Smith’s new play, The Charming Man. In a delicious performance, Verrey lectures on the problems of politics in 2015 in language so colourful that it goes beyond Tory blue, Labour red or Lib Dem gold – into green. Politics has reached such a nadir that the Greens are the only party that might possibly win power.

What the Greens still need is a leader with charisma. Enter youth worker Darren, played so endearingly by Syrus Lowe that it’s easy to imagine him as the political phenomenon he becomes. The public may want the honest, open character Lowe portrays so wonderfully, but is it really ready for a black, gay Prime Minister who used to wear gold hot pants and dance to The Smiths?

If the answer to that seems pretty obvious, you might wonder at the compromises Darren undertakes in order to try and change minds. Yet his well-trodden path to corruption is both funny and moving. His party colleagues, played terrifically by Sarah Berger and Kate Sissons, who lose ideals but get plenty of laughs, tutor him. Their clever performances suggest passion and melancholy in turn. Darren’s partner Luke is left by the way, of course, which seems a shame given the great comedy Sam Pamphilon brings to the scenes he is in.

Much of The Charming Man might seem like a ruder, current take on Yes, Minister with comedy more suited to our times, but a similar eye to conspiracy that doesn’t convince. The idea that those in power can manipulate to such a degree seems to inflate their abilities beyond credulity. Business backing for politicians occurs, of course, but surely never to the extent of Kenny Fox (Christopher Brandon), the arch villain who takes over the Green Party as a plaything.

But there is more to the night than this. Director Paul Robinson is also joint artistic head of the theatre itself and he can spot them; the venue’s reputation for ‘fearless’ new writing is sure to be enhanced by Bisset-Smith’s achievement.

Moving past standard political satire, The Charming Man reaches realms of fantasy that are inspiring. The sillier the play becomes, the funnier it is and the truer it rings. As Fox’s insults against the English increase in pace, Brandon injects a mania that is gleeful. The idea of a TV show called Liberal Democrats on Ice is genius in its absurdity. But could anyone ever really have imagined Tory stalwart Ann Widdecombe on Strictly Come Dancing? Maybe the future really does wear gold hot pants.

Written 25 October 2010 for The London Magazine