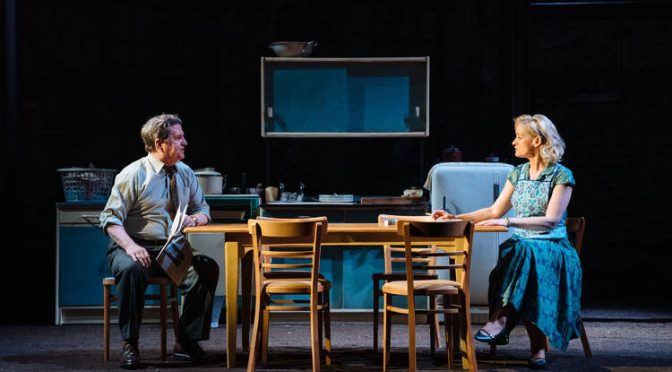 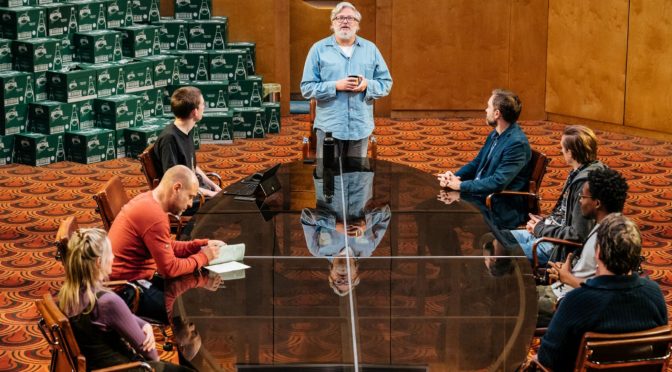 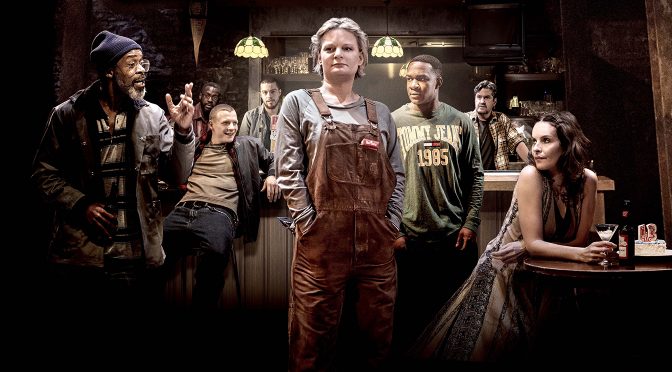 After rave reviews and a sell-out run at the Donmar Warehouse, the transfer of Lynn Nottage’s play is especially welcome. A political play about blue-collar America and trade unionism isn’t your average West End fare. Brilliant performances and excellent direction count for many stars awarded by the critics. But, above all, it’s the marvellous work from an exceptional writer that makes this one of the best plays I’ve seen in an age. Oh, and it won a Pulitzer Prize.

At the heart of Sweat’s success are a series of characters that we come to know so intimately. As a trio of work friends whose jobs in a steel factory and threatened and then lost, Jessie, Cynthia and Tracey make for wonderful studies that Leanne Best, Clare Perkins and Martha Plimpton all excel in. Their history established with speed, when Cynthia moves from shop floor to office door we get a moving moral dilemma brimming with conflict.

The action takes place in the women’s local bar, and the manager’s bar-room philosophy and news commentary, skilfully delivered by Stuart McQuarrie, add to the sense of a whole community, maybe the whole US. The complex picture is created with such a natural touch it seems effortless on Nottage’s part – and appreciated by director Lynette Linton – but what technique!

Let’s not be naïve. Focus on the women in the factory and ethnic minorities working in the bar could feel tokenistic. Here, it’s what it is – real life. And the characters are all the more remarkable when we come to consider how functional each role is. Each represents a response to or facet of economic meltdown. NAFTA, the rise of nationalism and anti-immigration rhetoric, even self-medication and the opioid epidemic are all issues raised. And, handled with such humanity, Nottage makes them personal.

If Sweat still sounds dry, exceptional plotting makes the delivery anything but. There’s a thrilling mystery here surrounding two of the women’s sons, Jason and Chris, and a crime that occurs. Beginning with their release from prison we’re left guessing what happened, even who the victim was. With yet more tremendous performances, from Patrick Gibson and Osy Ikhile, we see a once close friendship and the disturbed characters both men have become. During the second act, Linton ratchets up the tension: who does what to whom is unexpected, the cruelty of events ripping a community further apart.

When racism rears its head, it is especially poignant as we see a friendship destroyed. Yet understanding how violence has escalated shows the play has important insights. As well as examining the systemic in society, Nottage takes into account an element of chance. Think of the characters, to various degrees, as unlucky and it’s sure to change any moral judgements you might make. Sweat ends as a challenging piece, preventing us from condemning any of its protagonists too quickly. It creates an uneasy sense of ‘there but for the grace of God’ time after time in a way only the very best theatre can. 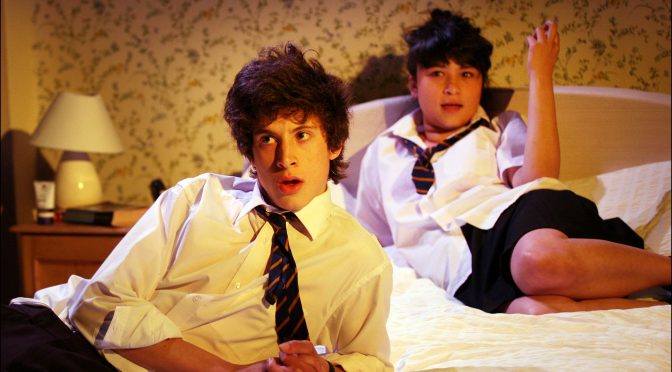 Nick Payne’s great new play Wanderlust is about love and sex – the absence and surfeit of both, the differences between them, and where the two overlap. The Royal Court has spotted great new writing yet again. This play is very funny and deeply moving.

Tim and his school friend Michelle begin to experiment with sex as a favour (unrequited love for him makes her oblige his anxious curiosity). James Musgrave and Isabella Laughland are instantly believable as the confused teens. The great thing here is that, unlike most 15 year olds on stage these days, they aren’t violent or mentally ill. They are touchingly real as a result. We really hope they don’t develop the same problems as their elders.

Tim’s father Alan is more desperate for sex than his teenage son. Forced abstinence has resulted in a strain that Stuart McQuarrie performs with endearing charm. Even overweight middle-aged men need a sex life (trust me on this) but, given the chance to explore his darker side, he can’t even remember to take his socks off.

Alan’s attachment to hosiery might explain his wife’s lack of interest in the bedroom, but Joy turns out to be aptly named. Dutifully exploring her sexuality to save her marriage results in a transformation Pippa Hayward achieves quite miraculously. From being, “tired, worn out and uptight” she becomes a radiant, sexy woman hoping to start again.

Payne has a refreshing take on the glamour that surrounds sex and youth. We don’t have to put up with kitchen sinks or the fabulously wealthy: his milieu is the middle classes. The humour isn’t gentle and can be painfully embarrassing, but this writing has a great deal of heart. Yet the play avoids sentimentality. While a tear comes easily to the eye, the emotions are complex and engaging. This is a tender tale of socks and sex that is not to be missed.