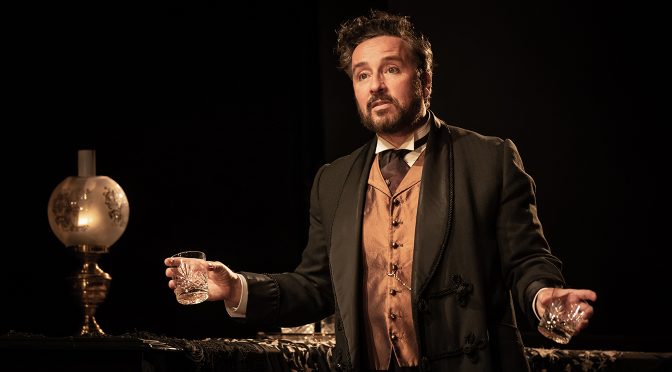 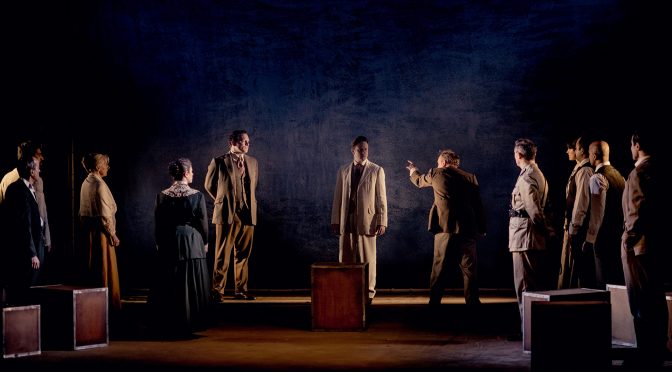 Simon Dormandy’s adaptation of E M Forster’s classic novel, which Dormandy directs with Sebastian Armesto, is sterling work. A harsh look at British rule in India, justice is given to the novel’s profound and disconcerting questions about how cultures and races mix.
This isn’t a production stuck in a period rut – hurrah! There are toffs, well led by Edward Killingback as the young magistrate about to be ruined by the Raj. And there’s the more enlightened Fielding, who Richard Goulding ensures is believably admirable. But we aren’t trapped in a distant past. The openly expressed racism Forster parodied is, one hopes, disestablished. But the anxiety about multi-culturalism is still frightening.

Its the visiting Adela, for whom Phoebe Pryce creates the perfect balance of sympathy, who becomes the focus of a dangerous drama. With her wish to see “the true India”, she befriends the Indian Dr Aziz, and a trip to the Marabar Caves results in the accusation of an “insult” that leads to public unrest. There could be more tension in the ensuing courtroom scene, but Asif Khan excels as Aziz. The humour, love of life, then sadness and anger are all present – it’s wonderful to see such a well-loved character brought to the stage so brilliantly.

The production falters at that pivotal episode in the caves, when Adele claims to have been attacked, and an audience doesn’t know what happened. Surely Aziz could have conspicuously left the stage, leaving the possibility of his guilt, and the tension that creates, open for a while? Nonetheless Forster’s theme of Panic (let’s give it a capital P) is conveyed consistently. It’s the mysteries and muddles the afflict humanity that make his work enduring. These struggles are embodied in the figure of Mrs Moore, and Dormandy wisely gives plenty of time to her. Again, there’s a strong performance, from Liz Crowther, unshy of the character’s “disagreeable” side and forcing us to confront bleak questions.

The production prioritises lyricism. It starts with Walt Whitman’s poetry that Forster so admired, and vocal work and impressive accompanying music by Kuljit Bhamra are expert additions. The “primal noise” of the cave, a cause and symbol of confusion, is created by the ensemble. The props are as sparse as can be, a blessed world away from film versions of Forster’s work. There are moments when the exposition could be clearer, but the approach demands imagination from the audience, leading to building theatrical excitement. And it serves the novel surprisingly well. A Passage to India may be pessimistic in its conclusions but, in sharing its author’s intelligence and imagination, this production is one to celebrate. 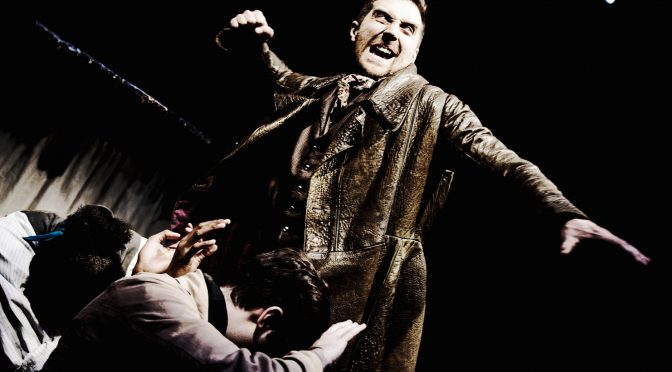