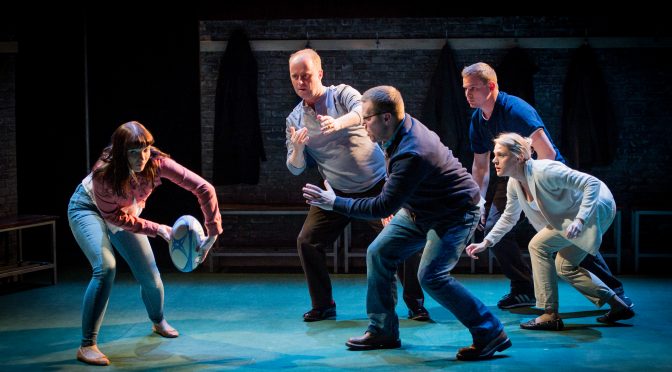 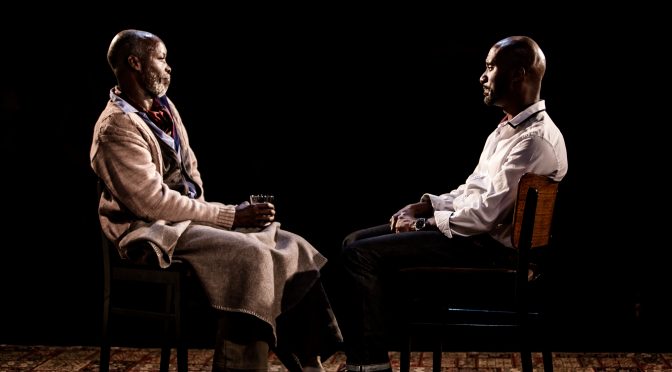 Last night saw the world premiere of Perseverance Drive by Robin Soans at the Bush Theatre. This is the story of the dysfunctional Gillards, starting with the funeral of the mother in Barbados and ending with the death of the father in Leytonstone. The treatment is detailed and the story interesting, but broader themes are often overshadowed by a dysfunctional family drama.

Our theme is religion. The Gillards set up their own church, but the three sons have “back-slid”: one obsessed with the form rather than function of religion, another setting up his own roving ministry, and the third by being homosexual. Interestingly, the latter two contend for position as most disappointing son. There’s a wealth of detail about the church that, perhaps through my own ignorance, I found slightly distracting. The humour is welcome, but grave situations need more emphasis – could smoking a cigarette really be so outrageous? Apparently so.

Some characters are too sketchy to satisfy – Akiya Henry actually does well to get laughs out of the reborn but vicious sister-in-law Joylene, where even a dramatic backstory provides little flesh to the character. In the major role of Josh, Clint Dyer seems handicapped by some clunky lines but pulls through at powerful moments. The best performance comes from the patriarch, a picture of stern power diminished by illness, movingly depicted by Leo Wringer.

There’s a vague whiff of melodrama around Perseverance Drive. Not from Madani Younis’ efficient direction, but rather the explosive arguments that sometimes baffle and resolutions that come close to being sentimental. But the family arguments, including an excruciating scene in church, will have you gripped and Soans’ ambition to write a play about religion, marked by a lot of common sense, is nonetheless admirable.