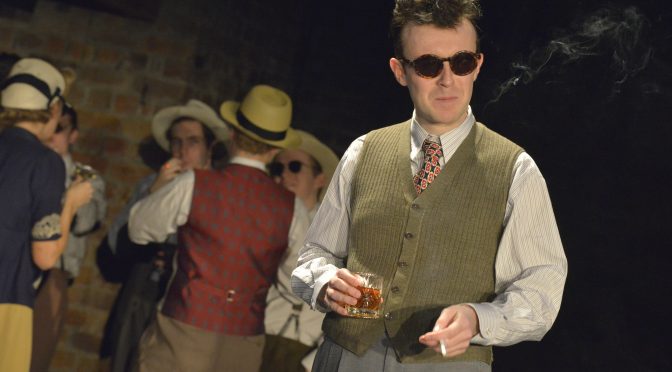 The RSC’s transfer of Tom Morton-Smith’s new play immerses us in the history of the first atomic bomb and the mind of its maker, J Robert Oppenheimer. It’s a story with overwhelming potential – a rich mix of documentary and speculation – and the play is fascinating, if over ambitious. Angus Jackson’s direction deserves credit for inventive staging that aids dryer moments, using Robert Innes Hopkins design, and an impressive injection of music from Grant Olding.

Overall, strong performances balance some over enthusiastic accents – émigré scientists drafted onto the project to build the bomb prove too much of a temptation – so acting that benefits the script sits alongside some delivery that’s tricky to comprehend. The women in the piece stand out, both Hedydd Dylan and Catherine Steadman, as Oppenheimer’s love interests, do well with roles that come perilously close to tokenistic.

There are passages of writing that make it clear how talented Morton-Smith is. But he seems in thrall to history and detail, so the play ends up too long. Are this many characters really needed to explain the allegation that Oppenheimer turned his back on friends and ideals to win fame? And difficult though the science is, I’ve seen better attempts at explaining complex theories on stage. The biggest problem is knowing where to end the story: the bombs’ impact on all our lives might be a whole other play – tacking it on to this one doesn’t do the phenomena justice.

Nor does Morton-Smith make it easy for his leading character. Oppenheimer is a man of iron, cold and remote, yet forced to reveal enough trauma for any lifetime. His affairs, childhood, politics and philosophy are all tackled and none of it is simple. All the more credit, then, to John Heffernan in the title role. Seldom have I seen a show rest so heavily on its leading man. Heffernan’s performance confirms his status as one of the finest actors around – conveying the complexity of the physicist, making all that history and politics seem manageable and even convincing us of his character’s particular charisma. A stunning performance that gives this show enough bang to counter the occasional whimper.