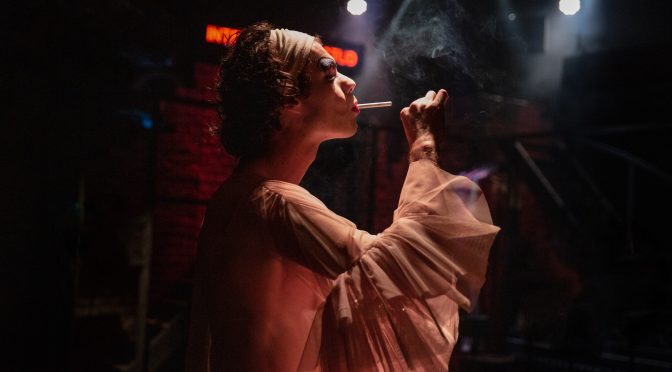 This is a five star start for Paul Taylor-Mills’ new venue next to Battersea Power Station. Opening with an iconic play is clever. Even better is giving us the chance to see this new version of Harvey Fierstein’s classic, which the author revised for its 2017 New York revival. The much loved wit and wisdom of drag queen Arnold is still here but the piece is now sharper and more serious. Recruiting hot talent Drew McOnie to direct, and top notch performers too, The Turbine Theatre has made a precocious debut on the London theatre scene.

A mammoth role, Arnold is surely as attractive to a performer as he is to an audience. But it’s still a coup to get an actor of Matthew Needham’s stature to take the role. Needham has the charisma needed but brings a rawness to the part that makes Arnold’s trials in love, and trauma in life, especially moving. Arnold is always self aware, it can become grating. But Needham gives the role maturity and provides a wild streak to the character that destabilises the self control and creates an energy that balances all the brilliant wisecracks. None of this diminishes Arnold but it makes him more human. The role is still inspirational; Needham gives us a man truly “filled with possibilities” as he searches for love and respect.

The clear danger in the play’s previous incarnation, Torch Song Trilogy, is that Arnold overpowers the play. Fierstein has corrected this by beefing up other roles and making them more than foils. Arnold’s mother seems more forceful than ever. Taking the part, Bernice Stegers can land a Jewish joke as well as anyone, but there’s also such pain, anger and confusion in her depiction that it is breathtaking. It’s Fierstein’s triumph as a writer that he can present an alternative view, even if offensive, so well. Arnold’s lover and his son provide two professional debuts in the production – Rish Shah and Jay Lycurgo. Both should be proud that they give these roles their due; both are written and performed as feisty and smart independent men.

Daisy Bolton makes her role, Arnold’s ex’s ex, intriguing – you want to know what happens to her next. As for the ex, the love of Arnold’s life Ed, the character is made more of a constant and Dino Fetscher rises to the challenge of a substantial role. Ed’s opening encounter with Arnold is a monologue, impeccably delivered, and Fetscher makes the character’s shame about his homosexuality moving. Ed’s arguments about staying in the closet are respected and given space, essential for the drama and challenging to the audience.

All the performances do justice to Fierstein’s skills, as does McOnie’s direction. Famous first as a choreographer, it isn’t too fanciful to suggest those skills show. McOnie understands the rhythm of the arguments as the characters dance around their positions. The staging is never fussy and for the second act, Fugue in a Nursery, putting most of the action in a giant bed proves wonderfully clever. Moments when the actors step off the small stage become charged but are never over-used. The direction adds a stylishness that enhances the script, making this production of a strong play, exceptionally powerful. 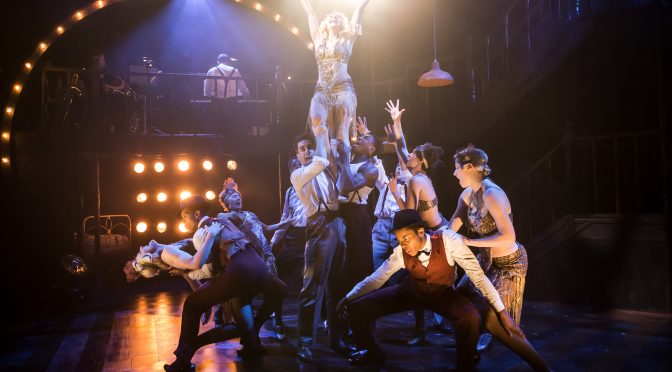 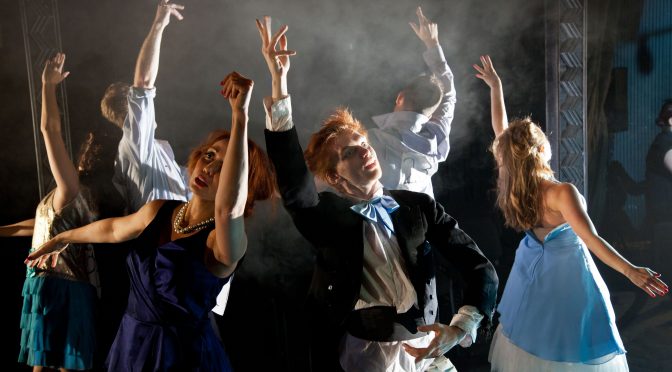 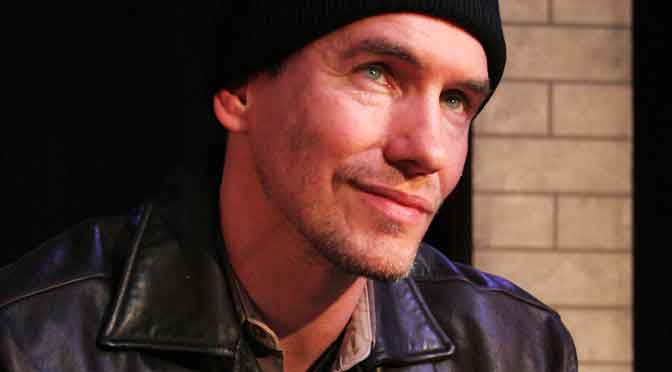