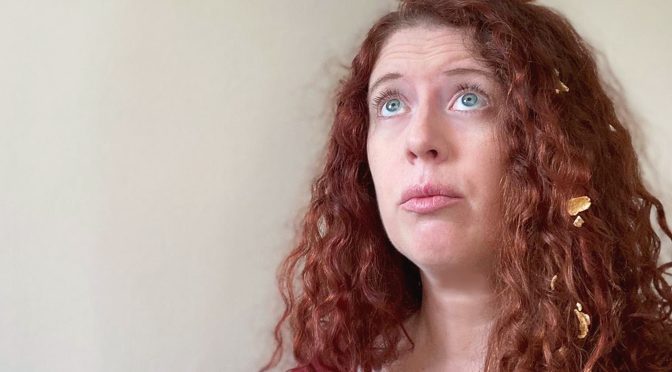 The last instalment of this online writing night – which has been a real boon over lockdown – is good news! Good, because a real-life event is planned, at The White Bear Theatre, in November. I’ve already got my ticket.

The finale spoils theatre lovers with six shorts of a high standard that are strong on comedy. Two very short pieces, Suburban Buffalo Sighting by Elizabeth Speckman and Nuns by Vicky Richards, entertain. The Front Line, by Linda Robinson, is a nice take on a zoom call: a job interview for a prison officer that’s sure to make you cringe. Both Mark Keegan and Ryan Brannon are splendid as, respectively, the tactful but exasperated interviewer and the candidate who ticks all the wrong boxes. Director Jonathan Woodhouse does well with the video format.

For me, the highlight for laughs is Ken Preuss’ piece, A Dave With Destiny. This quirky two-hander has a random meeting and a couple trying to work out where they have seen each other before. The characters are a treat that performers Ramzi DeHani and Jennie Delaney clearly enjoy. There are good gags (pork-based jokes are always fun) that director Rachael Owens marshals well. Preuss handles the ending, always tricky for short pieces, with aplomb.

The night’s dramatic offering was less successful but still deserves praise. Brothers in Arms by Warren Paul Glover is an ambitious World War I drama with siblings in the trenches confronting a secret about their private lives as they prepare to go over the top. The period language is not convincing and there’s too much cliché. But performers Will Bridges and Jack Christie do a commendable job. Above all, Glover and the team assigned to his piece by Encompass (Owens directs once more) illustrate the project’s aims and achievements. It matters not a jot that uniforms haven’t been procured or that the action takes place in someone’s hallway; the idea of focusing on writing and performance, showing us the bare essentials of theatre, is present and correct.

A final treat comes from the show’s compère – the marvellous Mr Liam Fleming. A frequent director during the series, Little Pieces shows his talent as a writer. Clearly, helping to choose so many shorts plays has taught him lessons. Fleming crams in comedy and emotion, with a strong concept opened up and explored. A super delivery from Alice Corrigan only adds to the considerable charm of the piece. The idea of questioning the vagaries of our memory is a fitting end to a series that has helped during difficult times and that I will remember fondly. 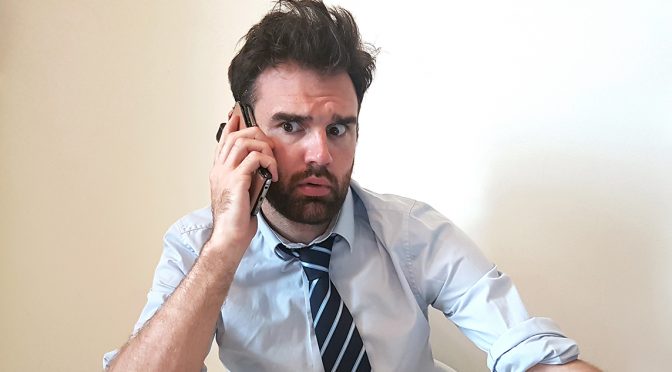 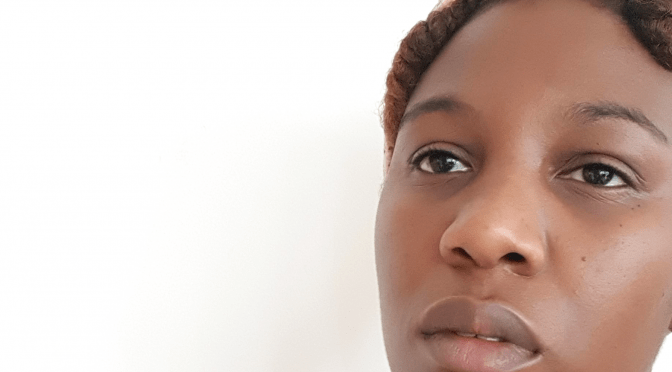 This live stream of new writing was back for a third evening with a sense of celebration. Its creators have won an award! And they’re starting a fun competition for viewers to name each night – the next one is on 26 August. With congenial host Liam Fleming creating a kind of community before our eyes, this back-to-basics ‘micro theatre’ company is thriving online.

It’s the material that counts, of course, and the four plays presented are of a high standard: writing, direction and performances. There is a bumpy start. Rules by Lucy Jamieson didn’t excite me: the humour behind two flatmates talking about STDs failed, despite Karina Holness and Esme Cooper trying very hard. But it’s a debut piece and Jamieson can learn a lot from the experience.

Two monologues showed care, cleverness and depth. Emma Dawson’s Stones Around My Neck makes you question who is gaslighting who in a skilful developing scenario. Kayla Feldman’s confident direction of Deborah Garvey is spot on. Listen by Jacquie Penrose is a cracking piece. Masterfully handling its short duration, adding just enough mystery into a vague apocalyptic setting, this phone message about a relationship that has broken down is great stuff. Aided by Fleming’s direction and (for once) the filming, an emotive performance from Amelia Parillon (pictured top) proves gripping.

Impressive as the previous piece is, my highlight was James C Ferguson’s The Chair – a deliciously wicked comedy sketch with teeth. Where the bite actually comes from is the source of surreal humour as we learn “the particulars” of two dinner guests’ disappearance. Ferguson’s language has a distinctive quality. And performers Andrew Gruen and Amy Fleming, under Jonathan Woodhouse’s direction, control their overblown characters very well indeed.

My only problem came at the end of Bare Essentials 3: with a Vengeance. Although bringing all the performers back for a bow was deserved, I still feel uncomfortable clapping a computer screen. Wouldn’t it be great to get back to real-life curtain calls? With Encompass Productions usually based in bars, maybe someone could lend a pub garden? Given what has already been achieved, if anyone can manage this next step it’s this team. Fingers crossed.

That most charming of creative producers, Liam Fleming was back last night presenting another evening of new writing. Created remotely (and without the hint of a technical hitch), the standard was consistently strong and I’m already looking forward to another date – 29 July.

The first piece is the only one with any sign of faltering. Every Seven Minutes by Ken Preuss has a good dystopian idea but a shaky hand on how many questions to tackle. Performers Ryan Brannon and Cate Olivia do well, and director Jonathan Woodhouse really helps, with great props and a clever eye on the fact we are watching on screen.

Another comedy short, Spud by Robert Wallis, is briefer but more confident. Anyone who imagines talking potatoes being baked gets a round of applause from me. Keeping up that level of surreal, even for five minutes, is impressive: bringing in some Shakespeare to provide the line, “band of Maris pipers” is the biggest laugh I’ve had all lockdown.

The two more substantial pieces are particularly impressive. Like a House on Fire, by Keith Gow is a real gem. Performed by Rachel Nott and directed by Fleming, it is a model monologue full of drama and wicked humour that plays expertly with its audience. Its appealing character, depicted so skilfully by Nott (pictured), challenges us – “go on judge me” – about her dangerous addiction, and introduces a startling sensuality. Intrigued? You should be.

Yet the highlight for me was Spread, by Robbie Knox, where Gabrielle Macpherson and Robert Gallagher play siblings to perfection in a neat short about planning for a funeral. Their memories of an aunt who it first seems they cared little for are developed in a moving fashion. The debate over what to put on her tombstone made the piece one that is memorable.

Performed live, it seems nights like these are as close as we’ll get to the theatre for a long time. That makes Encompass Productions’ commitment increasingly welcome. And important. As the lockdown continues, the crisis for theatre grows. E-ssentials is a light at the end of an increasingly long and frightening tunnel. 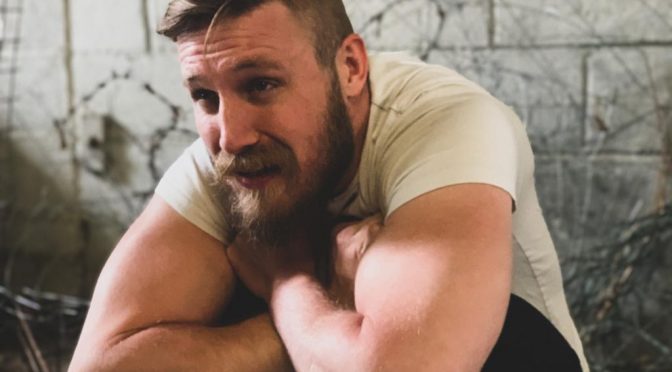