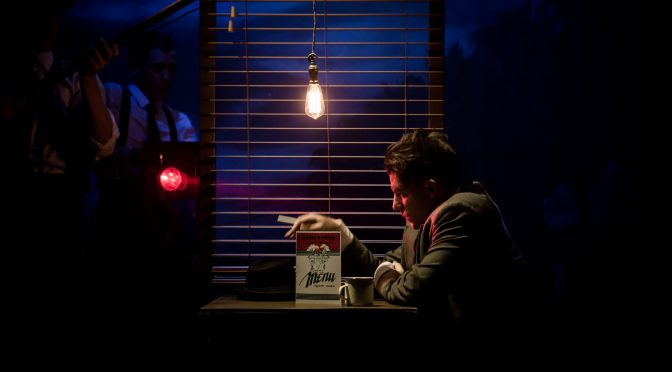 This fun show brings film noir vigorously to the stage. It’s a detective adventure story that combines the gumshoe genre’s humour and sentimentality, updates the sexual politics and finds time for a conspiratorial twist. As the power goes out in Los Angeles, the theatre fills with atmospheric shadows. But what exactly is going on at Addison Electric to make all the filaments flicker?

This is a production with plenty of light-bulb moments. The staging, devised by the Rhum and Clay Theatre Company with director Beth Flintoff, sparks with invention. A case of smoke and sliding doors, props are used perfectly, including e-cigarettes. And as you’d expect, Nick Flintoff’s lighting design is essential. The dialogue might disappoint, given the show’s antecedents, but the focus is on movement, with long stretches that show the cast’s prowess and an impressive soundtrack.

There’s some fantastic talent here. In the title role Julian Spooner manages to convey a surprisingly complex hero. Inheriting the job from his father, this little-guy P.I. becomes his own man with satisfying subtlety. Christopher Harrisson and Matthew Wells take on numerous roles faultlessly, as well as gracefully moving around the props on wheels. Showing the mechanics of the staging, down to carrying around the smoke machines and filters for the lights, isn’t new but it’s seldom done with such understated charm. 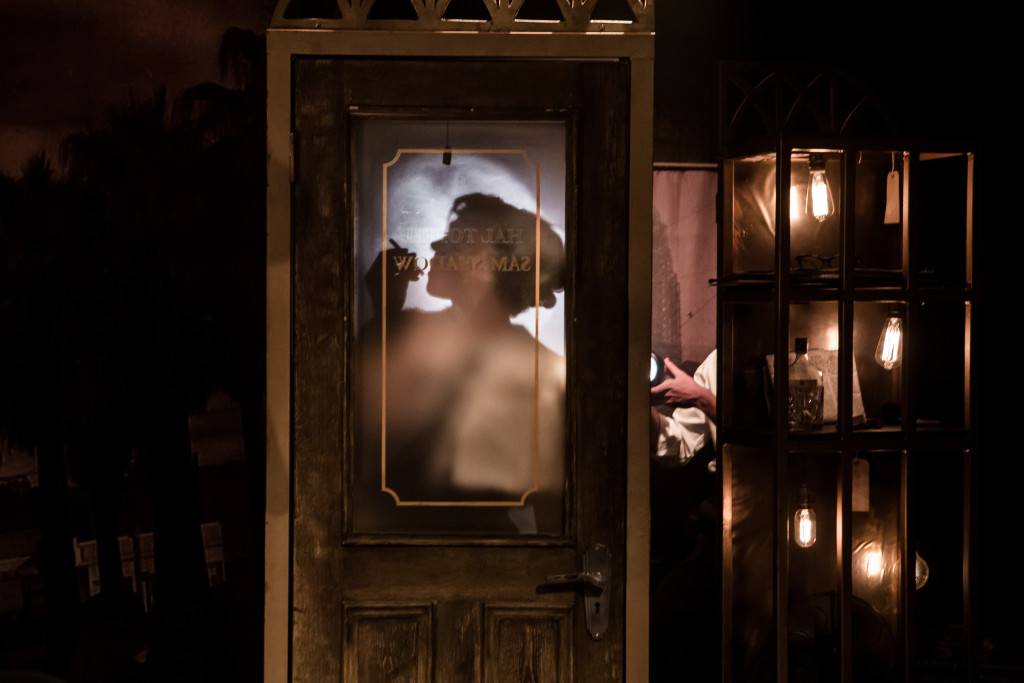 Stealing the show is Jess Mabel Jones, who plays all the female parts, including Shadow’s secretary and the obligatory femme fatale, using tiny costume changes and great vocal skills. Even a ditzy secretary is given her due, showing a knowing nod to the role of women in film noir. All indicative of a fresh eye on a beloved style, performed with care and creativity.