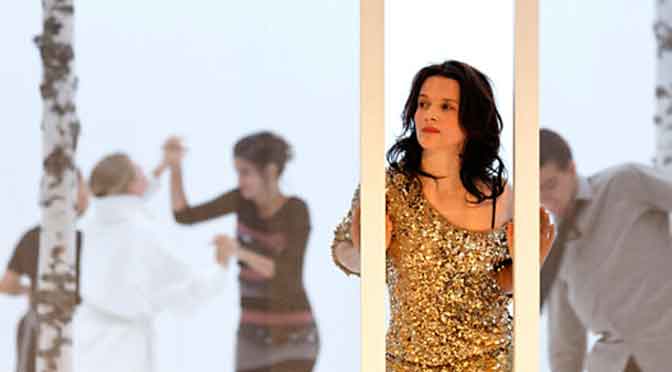 The Barbican offers Londoners yet another chance to see the very best of world theatre with French director Frédéric Fisbach’s bold new version of August Strindberg’s Mademoiselle Julie. Though written during its author’s naturalistic period, the production points to Strindberg’s later expressionist works and employs the conceit of updating the setting, if not the manners, of the story. The action starts with a wild celebration of Midsummer, with the mad mademoiselle defying convention to dance with the servants, to a pop music soundtrack, before bedding her father’s valet. Maybe I’ve been to too much theatre and too few parties, but this is a night like no other, with one guest dressed as an albino Wizbit and another wearing a bunny rabbit head.

There are some pretentious moments in Fisbach’s production but these can be forgiven for the French sophistication so palpably on offer. Artist Laurent P Berger’s set is a minimalist marvel (you can tell the guy has been hanging around white cubes), being part playground, part prison, with partitions to mirror the private and public power play Mademoiselle Julie is so full of. And Berger fully exploits the emotional potential of light and colour – no question that this show looks amazing.

The set is a work of art in its own right, but the draw for many will be superstar Juliette Binoche in the title role. She does not disappoint. Her Julie’s lust for life appeals but she really excels suggesting Julie’s thanatotic edge. In addition, Binoche enables Strindberg’s period details to retain their force – in both the shame and the erotic frisson that comes from a seduction between the social classes. As her lover, Nicolas Bouchaud does a superb job, suggesting his character’s complexity with a potential for violence that’s decidedly kinky – there’s boot licking and animal sacrifice, for heaven’s sake – but always riveting. I’m not sure about that rabbit though.

Written 21 September 2012 for The London Magazine