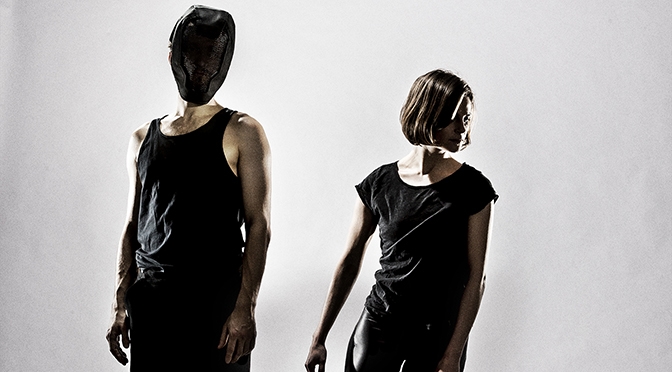 Working with choreographer Lucy Guerin, director Carrie Cracknell has created a dance-infused version of Shakespeare’s play. This isn’t one for traditionalists but, remaining agnostic about how much the accomplished dancers really add, the production isn’t quite the love-it-or-loathe-it affair you might suspect. Cracknell’s focus on Macbeth’s internal turmoil creates its own coherent, if surreal, power.

Much of the credit is down to the startling design by Lizzie Clachan. Reminiscent of Allies & Morrison’s pedestrian tunnel at King’s Cross, the production has a consistently claustrophobic feel. Nightmares are the preoccupation and the witches (played by Anna Beatriz Meireles, Jessie Oshodi and Clemmie Sveaas) are creators of this nasty dream. Mannequin-like manipulators in a very literal sense, they lay the banqueting table and double as the children in the play.

The witches’ relationship to Macbeth is particularly intimate, toying with the idea that much of the action is in his mind and through his perspective. Appearing as pregnant on some occasions, the witches hint at trouble in the Macbeth marriage and highlight his preoccupation with Banquo’s progeny. Tellingly, it is Macbeth’s own voice that delivers prophecies when he visits them for the last time.

This is a Macbeth about personality rather than politics – despite the gruesome Abu Ghraib aesthetic employed – and there are sacrifices made because of this. Anna Maxwell Martin’s Lady Macbeth suffers most, her role feeling truncated and leaving little impact. For all the ghosts and ghouls, Macbeth’s hallucinations feel distant from the supernatural, making his a modern nervous breakdown of unsettling intensity.

Relying so much on the lead actor, Cracknell is fortunate to have cast a performer as talented as John Heffernan. Taking the strange musical interludes in his stride, Heffernan anchors us in the text and sounds simply wonderful. Few can speak Shakespeare as effectively and Heffernan alone makes the show worth watching. But with one important warning – appreciating what Cracknell is doing needs a strong knowledge of the text. Even with a work as famous as this, it means the production isn’t for everyone.