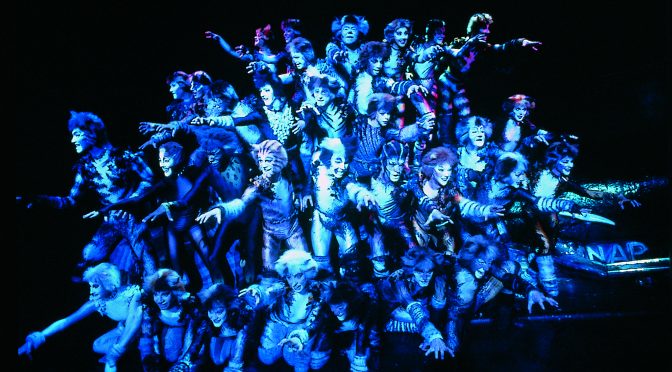 Having been warned plenty, I’m not one of those traumatised by the recent movie version of Andrew Lloyd Webber’s musical. This recorded version, based on the stage show directed by Trevor Nunn, is a much safer bet. Along with the good causes its availability prompts donations to, it might restore the show’s once considerable reputation.

Taking the poetry of TS Eliot as his lyrics, which Lloyd Webber treats with a good deal of restrained respect, the idea of a cat reincarnation, voted for by its peers, is more than a little mad. And the synth-laden music hasn’t dated well. But, in what’s essentially a song and dance show, the score’s variety suits the “several kinds of cat” we get to meet, and it would be impossible not to like some of the songs.

Take your pick as to your favourite feline: cats curious, conjuring and glamorous, from the railway or the theatre. I liked cat burglars Mungojerrie and Rumpleteazer, enlivened by acrobatic work from Drew Varley and Jo Gibb. Performances throughout are strong, as each number provides time in the spotlight to show off talent. Special mention to Michael Gruber’s Munkustrap, who roots the action, and there are star turns from John Mills and Elaine Paige.

Cats worked so well because of the excellent work by choreographer Gillian Lynne. The fact Lloyd Webber renamed the New London Theatre after her surely indicates his debt to her. But the filming here, directed by David Mallet, is to the detriment of the dance. Too much editing adds a pace that was not Lynne’s intention, speeding up movements meant to be stately. There are some (naff) special effects, including, unforgivably, some slow motion! And there are some injudicious close-ups of performers’ bodies that are uncomfortable. Similarly, seeing performers mime licking one another’s faces is one thing from a seat in the circle but it really doesn’t work with a camera up close.

The filming also mistakes Cats’sense of humour and takes itself a little too seriously. Admittedly, Paige plays Grizabella as if she were Covent Garden’s cat. The show’s big hit, Memory, is a serious song. But part of camp is being serious (thanks, Susan Sontag) and there’s no doubt this legendary performance is effective. Along with this, by contrast, deliberately exaggerated playful touches in the staging and score go all out to entertain.

Available on The Show Must Go On! youtube channel until 17 May 2020