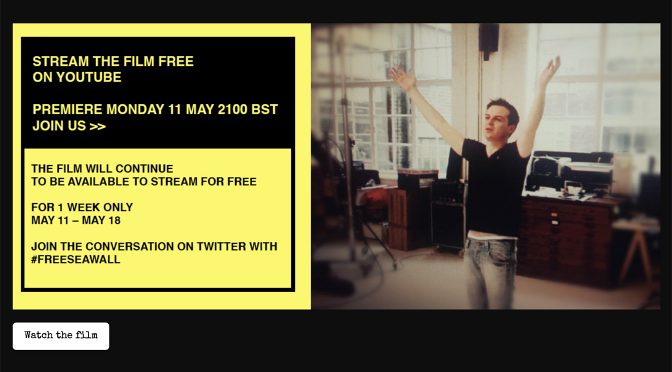 The film of Simon Stephens’ fantastic half-hour monologue is offered during lockdown and serves to remind us of its original home – the West London venue whose new writing, the playwright has observed, makes it one of the most important theatres we have. Specially written for the venue, although subsequently filmed on location, this is a piece of the highest quality. But some caution – and a plot spoiler – follow.

Given that Sea Wall is about the sudden and random death of a child, it isn’t for everyone or an easy watch. But it is a play full of love. As soon as we meet Alex, we see he is a character of enormous appeal, carefully nurtured in Andrew Scott’s magnificent performance. His adoration of his wife and daughter is entirely convincing, as is his love for his father-in-law. Stephens’ detailed descriptions of a happy life full of holidays are all the more endearing as Alex knows how lucky he is.

Or how lucky he was – as the expertly written story unfolds and Alex’s life plummets unexpectedly into the depths of despair, the piece becomes something of a confessional. His cruelty towards the “shattered” form” of his father-in-law and the “hole in the middle of him”, a visceral image of the pain he is now experiencing, show the power of Stephens’ nightmarish imagining. Questions about God are probed throughout – they are surely a natural part of an experience such as this – but Stephens handles them with considered sophistication.

The success of the piece, which Stephens directed for film with Andrew Porter, is guaranteed by Scott’s performance. Originally written for the actor, Scott is an expert on camera, and his connection to the audience is a marvel. Brief pauses and halts in the delivery ensure the illusion of spontaneity and his movement is expansive without ever seeming artificial. Scott grabs lighter touches forcefully and he makes sure we fall a little in love with his character. It makes the telling of this private tragedy all the more moving; traumatic but also strangely beautiful.

To find out about a new series of monologues commissioned during lockdown and to support the venue see www.bushtheatre.co.uk