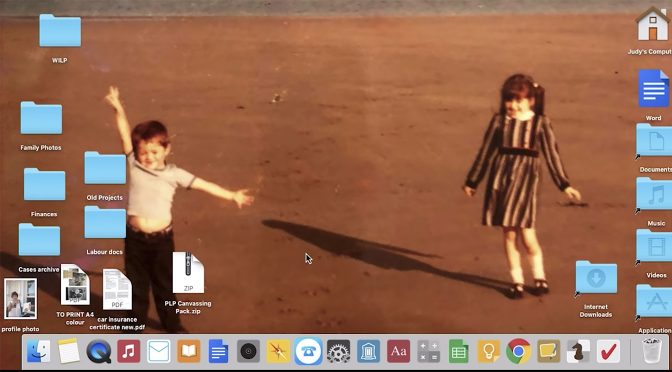 Ensuring we don’t forget one of the West End’s smallest – and enormously prestigious – venues during dangerous times for all theatres, director Michael Longhurst presents a specially commissioned film. Written by Adam Brace, and originally penned for High Tide, it’s very good indeed. And, of course, deserving of donations.

There are many monologues about at the moment and the idea of one based on Skype calls, when a lot of work has gone online, might be the last thing most of us want. But it’s a clever idea, appropriate to the times, and the one-way messages between Judy and her daughter Helen prove engrossing, moving and entertaining.

Set in 2010, as if to remind us that isolation of one kind or another is nothing new, Brace has created an easily recognisable lead that Diana Quick performs with ease. There’s a gentle humour around this upper-middle-class well-meaning Islingtonite that makes the character a touch too naïve. But it’s fun to watch as she is “gazumped” over dinner with an Afghan refugee and makes gaffs, despite her good intentions.

Produced under lockdown conditions, which only increases my admiration, Longhurst and Quick are clearly a great team. The scenes have a nice variety, not just of costumes and times of day, but also of distinct atmospheres. Quick shows her character’s moods marvellously, from being “lighter than air” to angry and upset. There are also nice touches over her hesitancy with the technology – especially when she deletes messages that have gone too far.

Judy’s relationship with her daughter is a fraught one, and Brace and Quick unveil this with great skill. How serious an argument over Christmas was becomes clear slowly and is increasing moving. Although we never get her daughter’s side of the story, Judy’s interference in the young woman’s life would surely be a problem. But, combined with Judy’s loneliness and worries for the future, this is a neat study that raises surprising sympathy and is a great half-hour watch.