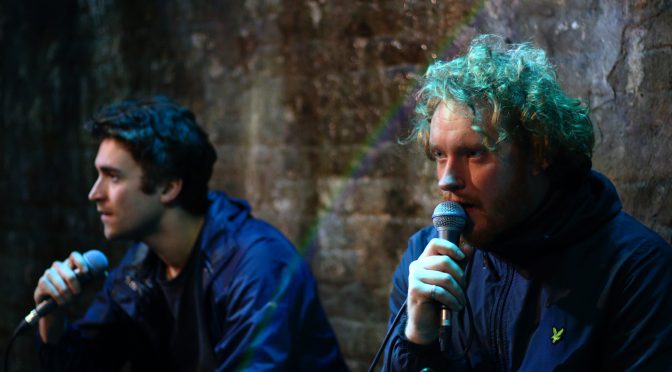 I’ve waited a while to see another play by Brad Birch, and this piece, co-written with Kenneth Emson and presented by Poleroid Theatre, shows a writing team with strong ears, observant eyes and independent minds. Firmly rooted in the experience of young lives today, this story of family and friendship is full of recognisable stuff, even if most of us would fail to articulate it with such style.

Two couples, linked by the theme of home, weave a poetic dialogue full of wit. There are laughs, but a sense of anxiety is always present. Technology and the “shared, liked, commented on” of social media becomes a pressuring mantra. The everyman here, Adam, debates having a child with his girlfriend and tackles the legacy of an estranged father. Meanwhile, two friends, endearingly hapless desperadoes, are on the move to London. All four roles are well acted. James Cooney and Molly Roberts play struggling lovers: distant from one another in more ways than one, yet still emotionally attached. Feliks Mathur and Hamish Rush play mates with a fantastic chemistry – surely aided by both being recent graduates from the same college – and top-notch banter.

This Must Be The Place isn’t making revelatory statements. If you’re not on Facebook, after a feeling of smug self-righteousness, the relief you feel will only confirm a lot that’s expressed here. Barbs against hipsters, well, who is going to argue with that? Modern angst isn’t that original a topic and the sources Birch and Emson point towards are no surprise. But it’s all presented very well indeed, using the language of tech and a dissonance with “actual life” brilliantly. Writing this lyrical easily carries the show.