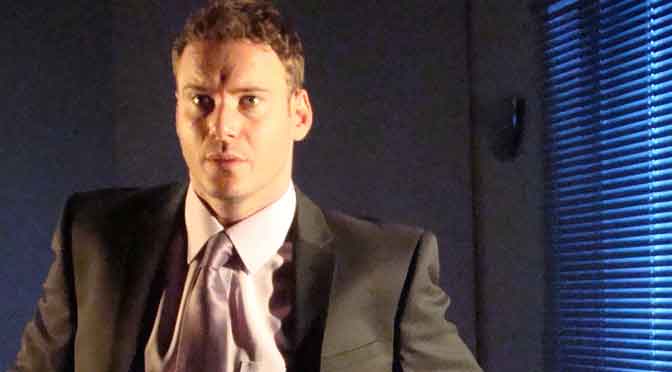 When readers of The London Magazine go to the theatre in Islington, they go to The Almeida. I am just the same and quite devoted to the place. But a new play, The Maddening Rain, makes me recommend travelling down Upper Street to the Old Red Lion pub theatre for a very special fringe production.

Nicholas Pierpan’s tale of a working-class boy who becomes a City trader is so firmly rooted in the streets of London that it is instantly believable. We are swept along on a journey of success, then failure, in an exhilarating manner. Pierpan doesn’t just know his geography – he knows how to write, with imagery that is instant yet lingering and poetry of the everyday that is accessible and effective.

In this well-constructed, hour-long monologue, London is presented as alienating but full of exciting opportunities. The mix of sociology and psychology is heady, but in safe hands with director Matthew Dunster who paces the show expertly. Light and sound add atmosphere without detracting attention and Dunster maintains an intimacy that, along with Alison McDowall’s clever set, takes us behind the scenes of the City.

It’s an adventure that gets quite a telling – Felix Scott’s performance is riveting. Underneath a look as bland as any other commuter, out comes a sharp eye with a comic glint. Insights into the ‘dead time’ of work and the ‘herd’ he has to put up with endear, but Scott is accomplished enough to hold us back. His ability as a mimic becomes chilling as he transforms into the role of his boss, then frightening as the play reaches its tragic conclusion.

Scott’s character fixates on the privilege he sees all around him. It’s true that Londoners are spoilt. We never have to go a long way for anything, take seeing a great play for example – just go down the road from the Almeida.

Written 1 September 2010 for The London Magazine