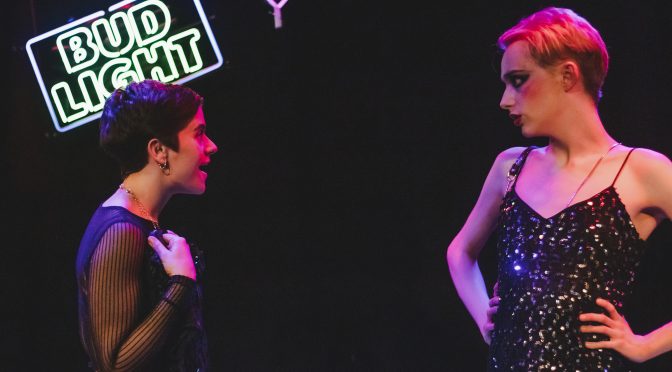 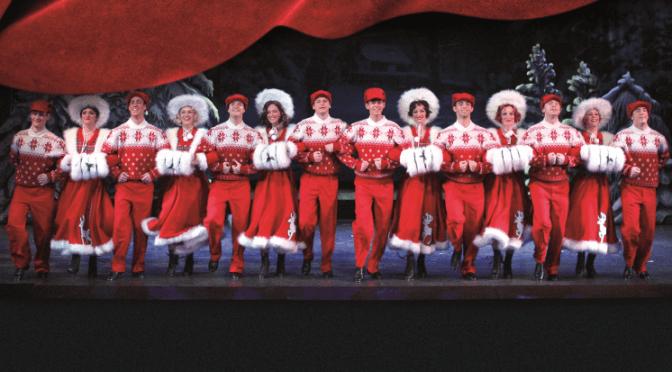 Christmas has come early to the Dominion Theatre, with Irving Berlin’s White Christmas up and running with plenty of ho, ho, ho. Anyone with even the smallest tendency to bah humbug should look away now; the show is unapologetically sentimental and nostalgic. After all, this is the time of year we can all embrace clichés comfortably and the 1954 film the show is adapted from is one of those very clichés.

The story, for what it’s worth, sees former soldiers Bob and Phil, now successful Broadway stars, saving their old general’s hotel by – you’ve guessed it – putting on a show. It helps that the receptionist at the inn is a Mermanesque singer and that the general’s granddaughter is a budding performer. The proceedings cement Bob and Phil’s relationships with two other performers, siblings Betty and Judy, and serve as a framework for many a hit tune: Blue Skies, I Love A Piano, Let Yourself Go and, for Betty and Judy of course, Sisters.

White Christmas has already toured successfully, so it runs very smoothly indeed, but it’s a perfect fit for the West End. And it’s nice to be back in the grand space of the Dominion after many years away. It was the home of We Will Rock You (which, for the record, I didn’t think was that bad) and the shows are as camp and silly as each other.

Taking the lead roles are Aled Jones and Tom Chambers, capably joined by Rachel Stanley and Louise Bowden as their love interests. Wendi Peters has a gift of a role as Martha and seems very happy with it, belting out the numbers with aplomb. Jones doesn’t seem all that comfortable on stage. It’s a shame he can’t do much with the comedy in the piece, but he’s really there to sing and you can’t fault him there. Chambers is more impressive, looking great and dancing very well indeed – it strikes me he had an unfair advantage on Strictly, he’s a real pro.

It’s the dancing in the piece that really makes White Christmas worth seeing. Aided by a fine orchestra with a big band feel and making the most of a large ensemble, choreographer Randy Skinner makes the show feel value for money and something to leave the TV for over Christmas. Seasonal appeal lets the production get away with a lot of schmaltz, but there’s just enough of a story to keep you going and plenty to dazzle, right up to a climax, which includes a whatever the collective noun should be for silly jumpers.