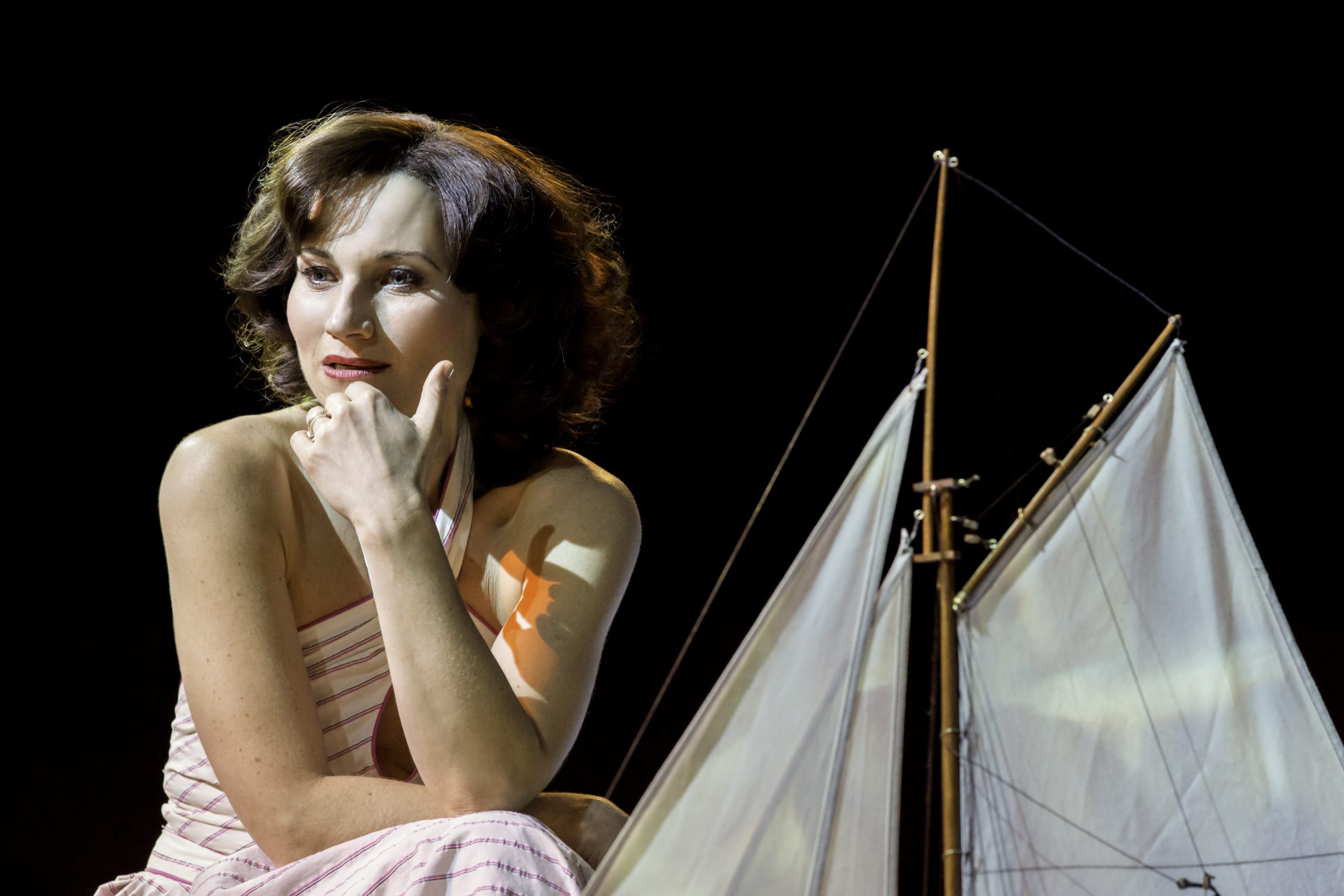 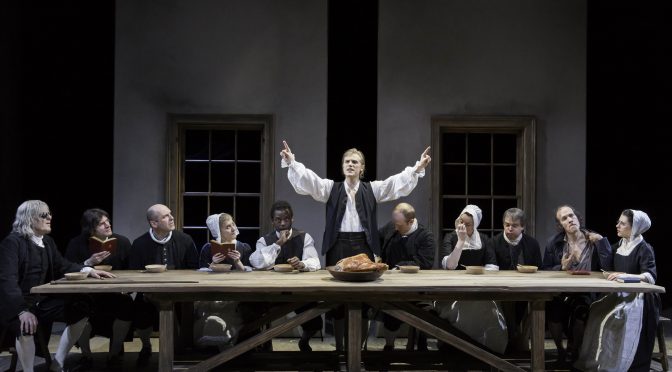 The Low Road, a new play by Bruce Norris, is Dominic Cooke’s final production as Artistic Director of The Royal Court. It follows a long tradition at the theatre, but particularly under Cooke, of challenging new writing. Masterfully directed, with a joyous rebelliousness, as exemplified by Tom Pye’s freewheeling set design, the focus is nevertheless on the writer, and his startling text.

Norris’ last play, also for the Royal Court, was the smash hit Clybourne Park, a satire on racism and property. For The Low Road he takes economics as his subject, and more specifically Adam Smith, of The Wealth of Nations fame. The play examines the 18th century philosopher’s ideas, recounted as a fable about one Jim Trumpett: “his education, his progress and his eventual undoing”.

Smith himself appears as our narrator, played by Bill Paterson. His performance is hilarious and he’s in total command of the stage, which is appropriate given the manner in which Smith propounds his philosophy. Trumpett (played by Johnny Flynn) is a character who is inspired by Smith’s ideals and takes them to their extremes. Flynn is impressive as a Hogarthian villain who treats all the other characters in the piece appallingly. And there are plenty of them. The Low Road features a huge cast, taking on numerous roles with magnificent speed. Elizabeth Berrington in particular, who plays several female leads, has superb comic skills.

The highlight of the show is a magnificent scene resembling the last supper, in which Trumpett turns on a hospitable religious group – challenging the charity he himself has benefited from, with breathtaking tastelessness. Trumpett’s morality of the markets, in which taxation is seen as the only evil, sees him clash with wealthy civil society too. And protestors, past and present also feature (a scene at an economic forum that rewards less than it should). It all culminates in an epilogue so startling, it’s a little alienating. There are also some knowing references to the fact that some might doubt the theatre is the best forum for a debate to resolve the nature of capitalism.

The play has a showy intelligence, and is technically brilliant, with olde English dialogue full of wit and profanities to get the giggles in. It has an embarrassment of rich ideas, and if at times it overreaches, it still cannot fail to impress. Norris’ exegesis of economics is tremendous, his presentation respects the audience’s intelligence, and the imagination applied to Smith’s metaphors is ingenious.

Written 28 March 2013 for The London Magazine