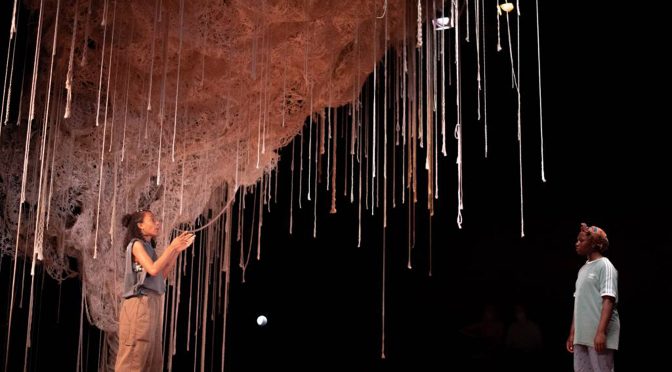 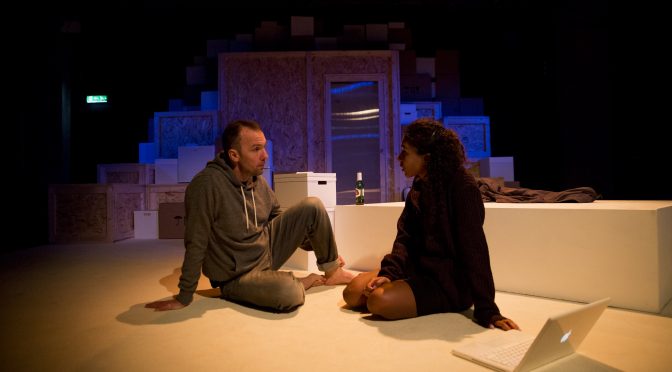 This spiky, provocative tale, written by Fiona Doyle, chops back and forth through the one-year relationship between a damaged woman and the man who becomes her unwitting victim. A psychological thriller, imbued with the spirit of a nasty fairy tale, it packs a good deal into just an hour and cannot fail to impress.

Joshua McTaggart directs with appropriate efficiency. We see the couples’ first meeting, holidays and arguments, circling around their sole anniversary. The short scenes are tensely interspaced and the quick changes in chronology a credit to the superb actors. Mark Rose makes his unnamed character satisfyingly rounded, an affable presence, he gives a performance of great technical skill when it comes to depicting physical injury. Tia Bannon tackles even more violent shifts just as admirably, being charming one minute, spooky and scary the next. Stories about a traumatised past are especially well delivered, with too much sympathy carefully avoided.

McTaggart and Doyle don’t dally over their efforts, giving less than the bare minimum to pin a lot down. Avoiding details makes the writing admirably crisp – I look forward to more work from this team – but it doesn’t aid clarity. While creating a sense of mystery is all very well, at times the intrigue becomes frustrating. Since Doyle is enamoured of withholding information, only partly as a technique for suspense, it would be churlish to give too much away. The clue is in the title (thanks, Wikipedia) as Abigail is usually associated with the role of handmaid. Suffice to say subservience here has a dangerous edge. The twists are great and this world of poison, graves and glass splinters is evocative. But it could benefit from elaboration.