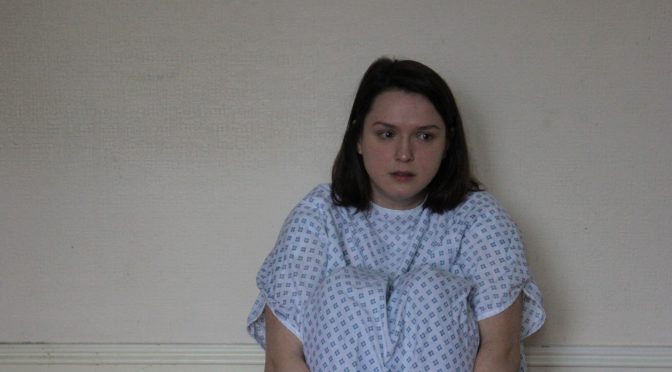 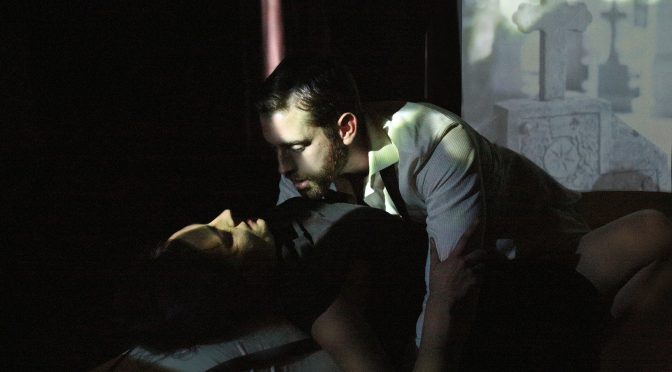 Chris Hislop is a brave director. Staging the first revival of Howard Barker’s 2002 play is not for the faint hearted. The play refocuses Shakespeare’s Hamlet through female characters and makes for an interesting puzzle. The controversy comes with a tense subservience to Barker’s own themes – this is some explicit Shakespeare. X-rated and extreme, the text’s obsession with sex and death is allied to the idea of ecstasy, and there are plenty of downright odd ideas and actions. Opening on Gertrude and Claudius fornicating over a corpse is hardly subtle stuff, but a kinky, adventurous streak is to the production’s credit.

Hislop deserves further praise for the strong performances garnered from his cast, and there’s a deserved sense of pride in showing these off. In the title role Izabella Urbanowicz is “severe” and sex crazed, and skilled at showing the character’s pain – even when Gertrude starts referring to herself in the third person, there’s still fragility. All the men are in thrall to Gertrude, and Alexander Hulme and David Zachary play Claudius and Albert with a suitably visceral brutality.

The more interesting characters, who bring out the sly humour in the text, are the servant Cascan, well played by Stephen Oswald, and our former hero, Hamlet. Taking on a very different Dane, one in “the last days of infancy”, Jamie Hutchins excels, “saying less, suffering more”, with outrage and oddity perfectly embodied. There are two further fascinating roles for women. L J Reeves plays Ragusa (no, I’m not sure why she isn’t called Ophelia) and Lisa Keast, the “vile and peculiar” Queen Mother. More than a foil for Gertrude, Barker spoils us by giving these women quirks of their own. Their brave performances add substantially to the show.

None of the roles Barker has written is easy. The accusation against him is one of misogyny – it’s easy to see why – but misanthropy might be more precise. Ragusa’s lament, that “man is better than this, surely?”, is one line most of us would agree with. More problematic, the characters are so deliberately stylised (yet more credit to the cast) with a yen for the abstract, it’s easy to disconnect from them. Barker’s poetic dialogue, expletives included, is so defiant it’s hard not to admire it. But discussion of that cry – a mysterious signifier of orgasm, childbirth, betrayal (a lot, then) – is both overplayed and opaque. Suspiciously in need of capitalisation, The Cry takes over from Gertrude as the subject of this play. Frequently hysterical, the text becomes shrill. My response to Barker, a polite request to “Calm down, dear.”