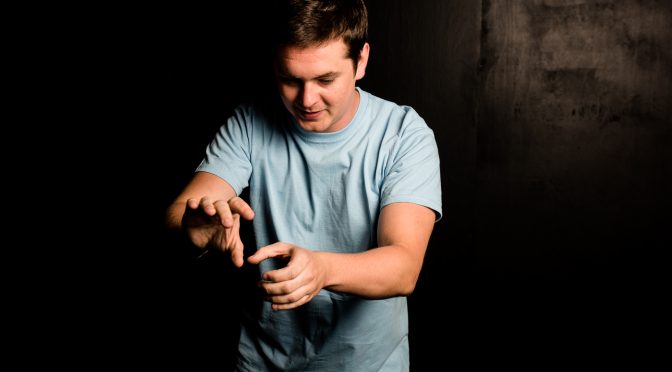 Eighty minutes is a long time for a monologue. Holding an audience and taking them on a journey for such a span is an awe-inspiring feat. And with a storyteller like Philip Ridley, accompanied by a faultless performance from Sean Michael Verey and aided by director David Mercatali, this twisted tale is one not to miss.

Donny Stixx is a teenage magician. No secret is made of the fact that he is unstable and it’s soon clear he has committed an atrocious crime. But we’re told to expect the unexpected and Ridley’s imagination prevents any predictability. Cleverly, Donny isn’t an unsympathetic character. There’s the hope the boy might be as talented as he is delusional, a wish cruelly dismantled. Ridley’s peculiar brand of humour is central here. “What’s funny?” puzzles Donny. Harsh (bad) jokes are bravely played with, raising questions, teasing and probing the audience.

Dealing with such a downright scary character needs a fine balance that Verey masters. Fanaticism and some frighteningly convincing panic attacks aren’t easy to watch. There’s an array of voices – family, neighbours and his unfortunately unglamorous assistant – all cleverly delivered. The mix of intrigue and sympathy is well managed.

Ridley has a light touch when it comes to contemporary questions. Internet trolls play a part, as do the cult of celebrity and art as therapy. Where some might hammer at these themes, Ridley never loses the focus of telling a story. Taking us into the mind of Donny Stixx may not be pleasant, but it’s an unforgettable trip.