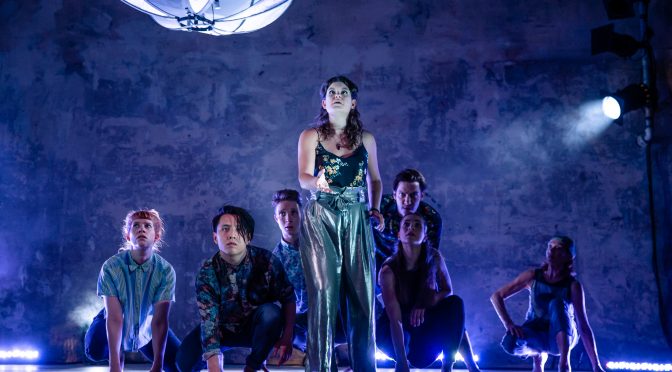 Another admirable production from The Faction company, Mark Leipacher’s rendering of Shakespeare’s villainous king is full of bold moments. There are flaws, but the show’s scale and ambition impress.

Leipacher uses his cast of 19 with careful restraint and an emphasis on physical theatre. His vision of Richard’s nightmare before battle, with his victims crawling towards him, is startling. No props are used and powerful tableaux result: Hastings’ head on the battlements or the ensemble creating a horse for the king to ride. It’s a shame some of the miming is sub-standard and the accompanying sound effects overblown.

With a cast this large in a fringe show, perhaps it’s not surprising there are some weak links. It’s not a question of commitment – this is a tight crew – but some roles lack polish. There are fine performances from Gary Richards as Hastings, Carmen Munroe as Richard’s mother and Anna Maria Nabirye as an Amazonian Buckingham (a gender swap that really adds tension). Kate Sawyer gets a great deal from the role of Elizabeth, all the more impressive since she is hampered by some God-awful head gear. These performers are the ones whose lines you hear most clearly – too much dialogue is lost, sacrificed to action or poorly delivered.

Thankfully, there are few instances when you can’t hear Richard’s lines. Taking the title role, Christopher York excels, presenting an intimidating figure with a conscious lack of humour. The cleverest stroke is that his disability comes and goes. York becomes contorted or straightens himself out at chosen moments – such a brilliantly simple idea that I’m surprised I haven’t seen it before.

While there are strong scenes, Leipacher doesn’t draw the production together – it’s linked by style rather than an overriding idea. Especially disappointing is a messy final battle scene – a low note on which to end an interesting evening. 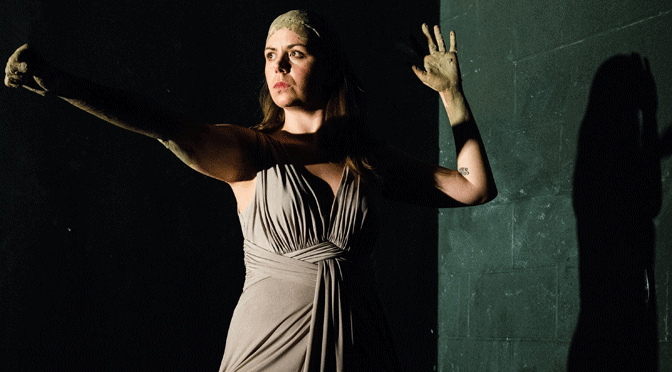 Inspired by The Faction’s The Talented Mr Ripley, also playing as part of its 2015 season, I was drawn to the company’s next show Joan of Arc. Mark Leipacher’s adaptation of Friedrich Schiller’s play, co-directed with Rachel Valentine-Smith, is another strong piece that I urge you to see.

Joan of Arc isn’t an easy play. A highly fictionalised version of the French heroine, who fought the English in the Hundred Years’ War, the production embraces the different opinions of a peasant girl who comes to lead armies. A fascinating figure, who is by turn inspirational and loathed, Joan never questions her mission from God and is no fraud – a fact that doesn’t make her easy to portray or relate to.

The direction is bold. A minimal stage is enlivened by Chris Withers’ lighting design, while the ensemble create tableaux, using their bodies to stand in for trees or thrones, for a couple of visionary scenes. Battles are choreographed adventurously, instilling a mythical feeling best summarised by Joan’s plastering her hair with clay slip to create her own helmet, engendering an earthiness and a sense of the supernatural at the same time.

Anchoring the ethereal proceedings are fine performances. Kate Sawyer takes the title role admirably; convincingly abstracted, using what little vulnerability her character has to great effect and even, I’d swear, blushing on cue. Christopher Tester plays Joan’s father and the invading Talbot superbly. Best of all is  Natasha Rickman who doubles as the Dauphin and his mother, the violent Isabel, with breathtaking skill.

This innovative show about a warrior inspired by religion feels hauntingly topical. The Faction has certainly found a convert to its work in me. 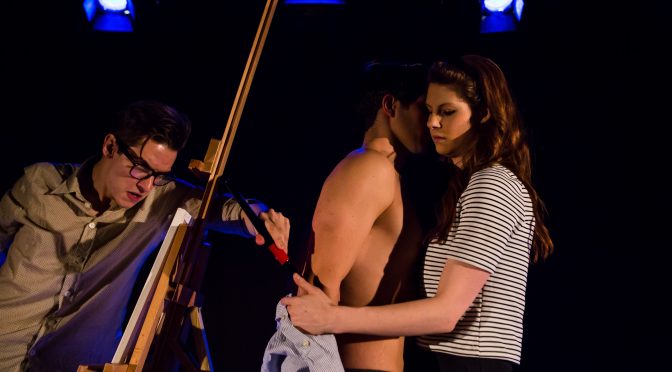