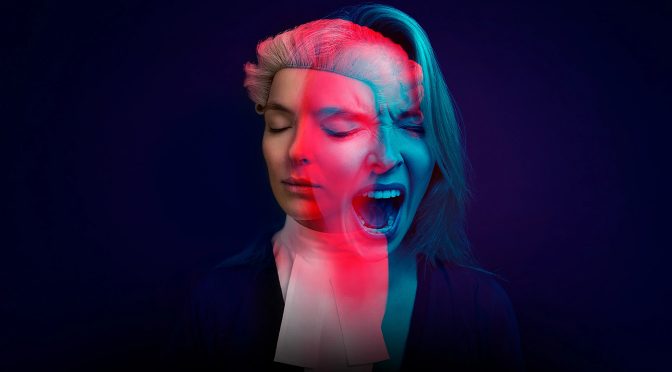 A sell out in the West End and due to travel to Broadway, Suzie Miller’s play is also a hit in cinemas thanks to this live recording. The neatly written monologue is motivated by a powerful sense of injustice surrounding sexual offences. The statistics shock – check out the website. The play’s important message benefits from an excellent production.

When criminal barrister Tessa becomes a victim, in a case like many she has defended, the stage is set to put the system on trial. The intelligence of the script is clear. Let’s submit as evidence the protagonist’s own position of privilege, which is used to great dramatic effect. She knows the difficulties to come, and the piece highlights an important point – if Tessa can’t get justice, what chance does anyone else have?

Miller’s writing about the law is dynamic. At first, Tessa’s excitement about her job being a kind of game is palpable, and it makes the transformation to frustration more powerful. The thrill of being a barrister might be overstated, but it works for the stage.

A slight nag cannot help but be reflected in the excellent performance from Jodie Comer. There’s a breathlessness to the first scenes that’s uncomfortable. And Tessa’s humble origin story might be more convincing. Nonetheless, Comer creates an appealing character and has a comic touch an audience can warm to.

The energy in this long monologue is consistently high – more credit for Comer. Powerful imagery guarantees applause for director Justin Martin and designers Miriam Beuther and Natasha Chivers. A bold approach is less successful when it comes to the overpowering soundtrack (composed by Self Esteem’s Rebecca Lucy Taylor and designed by Ben and Max Ringham).

Seeing theatre in the cinema is never quite the real deal and Prima Facie is a good case in point. Comer is playing for a house, so views of her face at traumatic moments don’t seem quite fair – no seat could get that close. It’s a brave performance throughout and really cannot be praised enough.

Best of all, the show is wonderfully theatrical. Direct addresses to the audience about those statistics become so urgent you wonder if Comer herself is speaking to us. As the lights rise, do we move from drama to debate? Could the show have ended already? There is a conclusion to the story, but it is the lesson that Miller wants to teach that gives the play its power.