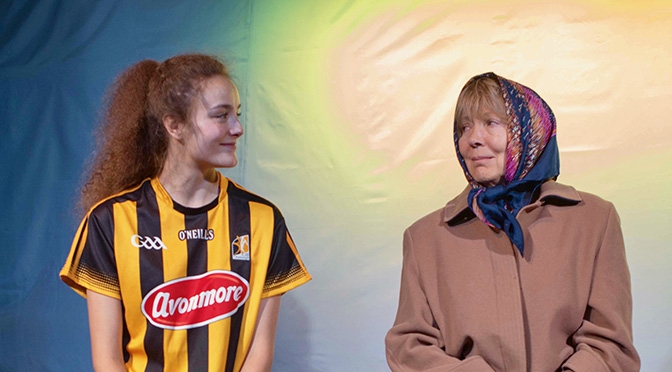 A lunchtime show beats a sandwich at your desk. This perfectly handled half-hour from Frontier Theatre, written by Susan Hill, plays just off Fleet Street and more than justifies being a tiny bit late back to the office. The setting is a sun-bathed bench overlooking the sea, and the occasion – a casual rendezvous between a young girl and her elderly, mute friend – reveals itself as a touching vignette about youth, age and what we want for our lives.

Portia Van de Braam effuses charm as the young hotel maid chatting about her work and wishes and telling stories about her family and her man. The character has quiet ambition and a poetic streak that, infused with an efficient realism, only adds to her appeal. Director Harry Burton has spotted a real talent here.

Her companion – unnamed and unspeaking – is played by Sally Faulkner in a performance that is a highly-skilled close study. She sits in silence, radiating companionability, careful not to offer an opinion through her gentle reactions. We wonder, but can only guess, how her young friend’s fears about future disappointments relate to her. What to do with your time is the question carefully left open. Going to a play at lunchtime might be a good start.

Until 1 March 2017 performed in rep with The Last Dance by Mitch Hooper. 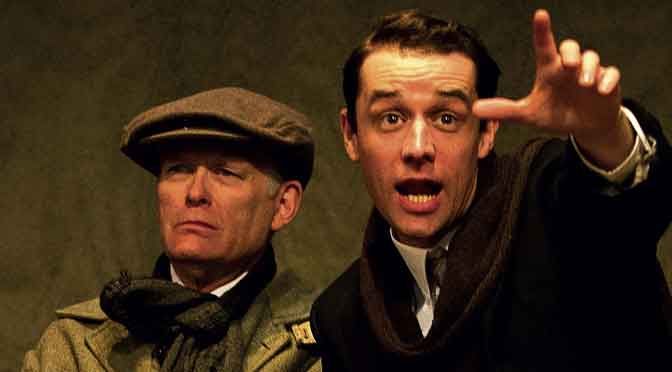 In theatre, longevity really is a sign of quality; the market is so ferocious, the returns on investment slim, that long-running shows have to earn their place no matter how high their reputation. The Woman in Black, still running at the Fortune Theatre after 25 years, is a case in point. A fantastic show, sure to please, and such fun that it’s worth seeing more than once.

Susan’s Hill’s ghost story, adapted so skilfully by Stephen Mallatratt, concerns the trauma of a young lawyer (Arthur Kipps) visiting a deceased client’s house. It’s haunted, of course, and a tragedy unfolds. The clever twist is that, as an exercise in exorcism, the elderly Kipps sets out to re-enact the story with the help of an actor, and the action is transposed into the theatre itself.

So The Woman in Black becomes a work of theatre in a pure, simple form, utilising our imagination to engender the fun and the fear. It’s beautifully economical. We are scared by the simplest of things: a scream, a shadow and a slamming door. The only ‘effects’ that enhance Michael Holt’s set design are the excellent lighting and sound, from Kevin Sleep and Gareth Owen, with everything else deliberately downplayed. Instead, the production relies heavily on the duo performing. The current incumbents – the latest additions to a long and prestigious list – are Crawford Logan as Kipps and Tim Delp as The Actor. They give real value for money. Logan is marvellous as he takes on many roles, recreating characters he met as a young man. Delap is hugely appealing and manages to give the play surprising emotional punch. As part of the action, their skill as actors is showcased to the audience, discussed and laid bare, another technique to gain our complicity.

Behind the apparent simplicity there are plenty of clever devices. Drawing the audience in, the staging makes the experience totally different to reading a ghost story or seeing a horror movie. This kind of scary you can only get in a theatre. And of all London’s longer-running shows, this one is the safest bet; even those that don’t like musicals or puppets (shame on them) are going to love it, and Londoners should not stop recommending it to out-of-towners – and each other.

Written 6 June 2013 for The London Magazine